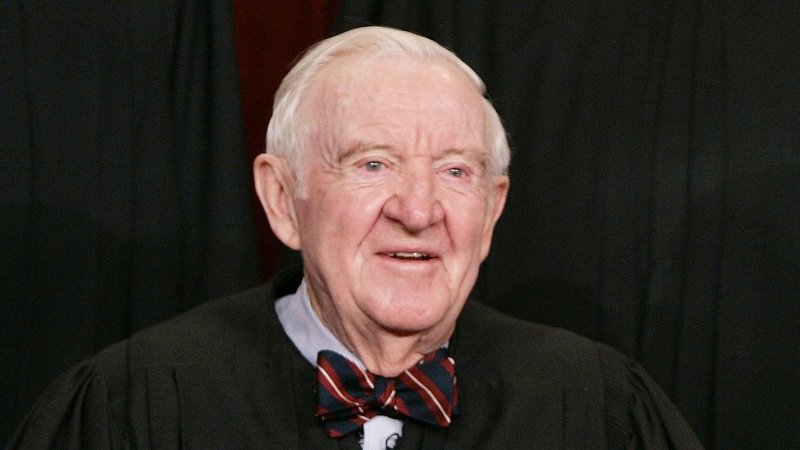 MCPO Roger Collins
Posted 2 y ago
I’m just glad he is gone. If we ever have a Constitutional convention, I would like to see term limits based on a combination of age/time. When I see RNG snoozing and making outrageous statements, validation of my position. Same for all other government appointments, including Congress. The process for amending the Constitution is well laid out, and not subject to SCOTUS interference, thank goodness.
(13)
Comment
(0)

PO3 Bob McCord
2 y
I'm with you and many others on term limits on congress Chief. Maybe an age limit on SCOTUS too. I think Ginsberg came over on the Mayflower.
(3)
Reply
(0)

MCPO Roger Collins
2 y
I wasn’t very clear, Bob. The term/time comment was directed toward the SCOTUS and adding on the other lifetime appointments, including Congress.
(4)
Reply
(0)

CPT Kevin Connolly
>1 y
The Second Amendment cannot address its purpose unless civilians get to own MBTs, gunships, and like ordnance.
(0)
Reply
(0)

CW3 Harvey Keck
Edited 2 y ago
Posted 2 y ago
I find any attempt to "repeal" the 2nd Amendment as constitutionally impossible.
To recind any innate right requires an entirely new Constitution, based on a totally different view of Humanity.

Neither the 2nd nor any other amendment in the Bill of Rights "granted" any right to the people. The BOR was merely a recognition and guarantee of those pre-existing rights which the people had simply by virtue of the fact that they were Humans.
The rights which the Founders knew they did not possess the power to grant --- but could only guarantee would be respected and preserved ---- most certainly are beyond the rightful power of our government to cancel or "repeal".
As the Founders stated in the Declaration of Independence ---

“We hold these truths to be self-evident, that all men are created equal, that they are endowed by their Creator with certain unalienable rights, that among these are life, liberty and the pursuit of happiness. That to secure these rights, governments are instituted among men, deriving their just powers from the consent of the governed. That whenever any form of government becomes destructive to these ends, it is the right of the people to alter or to abolish it, and to institute new government, laying its foundation on such principles and organizing its powers in such form, as to them shall seem most likely to effect their safety and happiness.”

Our government is established “to secure these [unalienable] rights”, not to have government abolish what they did not, and could not, grant. If any of those rights -- the keystone of the government the Founders established, are to be "repealed", then an entirely new government, with a new and different view of Human nature and the role of government, resulting in a new Constitution is required.
If there is such a belief in a radically different view of Humanity, and evaluation that our present government is "destructive" to these new, modern views on the nature of Humanity, then they have the moral right "to alter or abolish it". Those who would abolish any enumerated right guaranteed in the Bill of rights must ask themselves if they dare to take that step, and like our Founders "pledge [their] lives, fortunes, and sacred honor" to their cause.

The only "repeal" of an Amendment was the repeal of Prohibition, the 18th Amendment, by the 21st. That was correcting the error of an usurpation of the rights of the people, committed at the behest of a self-righteous, self-anointed group who felt they knew what was best for all their countrymen. We can see the same delusion in those who think banning guns holds the promise of a “safe and sane” civil society.
(10)
Comment
(0)
show previous comments

CW3 Harvey Keck
2 y
SMSgt (Join to see) - To put a very fine point on it, the BOR expresses a concept of "The Rights of Man" held by the Founders. Our government was established by them to preserve those rights, for those people who were on the land that our flag flew over, and where our Constitution held sway. There was no way the Founders could expand their views on the rights of the people beyond the borders of the new nation they established.
That is not to say that the principles of freedom, liberty, and the inherent rights of mankind were not viewed by them as universal, merely that they could not force e.g. the many kings of Europe to agree with those principles of liberty.
Essentially, the Founders made the statement:
"This is how we live, as free men under a government we established to preserve and protect our rights. This is how we think all men should live, in a state of freedom under a government that protects that freedom. All who visit us here will enjoy much the same freedoms we hold dear. If accused of a crime, your status as a visiting alien does not mean you are not entitled to the same protections we consider all men to deserve.
If you become a resident alien, you have taken a step towards becoming a part of "the people" of the United States, and more rights will accrue to that status. If you choose to fulfill the requirements for citizenship, then you will be entitled to vote, and may also be empowered to serve on a jury."
(3)
Reply
(0)

MAJ (Join to see)
2 y
CW3 Harvey Keck - Chief, you were the one who used the term "humans" to begin with. I just borrowed your term! Women couldn't vote and weren't really considered "legal persons" at the time either.

It's hard to say "inherent rights of humans" and then place qualifiers on what a human is...

Bottom line is that things have changed since 1776 and, at some point, even the most basic of documents needs to be assessed for how applicable it is in the modern age.

The Founders knew this, which is why they made it possible to amend. Heck, Jefferson wasted everyone to throw out the Constitution every 18 years and start over!
(2)
Reply
(0)

MAJ (Join to see)
2 y
SMSgt (Join to see) - I think the legalities of rights and the ideals behind them are different. I think that the Founders would have agreed that OUR Bill of Rights SHOULD apply to everyone, everywhere - (except for slaves and women) - as far as the US was authorized to enforce it. I understand that we can't force other countries to respect the "rights" of all humans in their borders - but, shouldn't WE respect the rights of ALL humans that we have control and authority over? Shouldn't we give the humans within our borders the same "Bill of Rights" that we give our citizens? I think that's how the Founders meant it.
(2)
Reply
(0)

CW3 Harvey Keck
2 y
MAJ (Join to see) - Yes, I'm guilty of using the term "Humans", where I should have been more restrictive. Maybe I'm too much a (classic) liberal.
Q. When is a Human not a Human?
A. Anytime it is inconvenient for the government to have their Humanity recognized.

A new category of "sub-Human" has to be created, or else the slaughter of Jews, Armenians, Kurds, etc. in order to "purify" humanity cannot be justified with the cloak of "the greater good" to be accomplished by that wholesale murder.
(4)
Reply
(0)
Show More Comments
Read This Next
RallyPoint Home