Time article, Feb 2021. “The Secret History of the Shadow Campaign That Saved the 2020 Election”

Excerpt- “Trump was right. There was a conspiracy unfolding behind the scenes, one that both curtailed the protests and coordinated the resistance from CEOs. Both surprises were the result of an informal alliance between left-wing activists and business titans. The pact was formalized in a terse, little-noticed joint statement of the U.S. Chamber of Commerce and AFL-CIO published on Election Day. Both sides would come to see it as a sort of implicit bargain–inspired by the summer’s massive, sometimes destructive racial-justice protests– in which the forces of labor came together with the forces of capital to keep the peace and oppose Trump’s assault on democracy.

“The handshake between business and labor was just one component of a vast, cross-partisan campaign to protect the election–an extraordinary shadow effort...

“Their work touched every aspect of the election. They got states to change voting systems and laws and helped secure hundreds of millions in public and private funding. They fended off voter-suppression lawsuits, recruited armies of poll workers and got millions of people to vote by mail for the first time. They successfully pressured social media companies to take a harder line against disinformation and used data-driven strategies to fight viral smears. They executed national public-awareness campaigns that helped Americans understand how the vote count would unfold over days or weeks, preventing Trump’s conspiracy theories and false claims of victory from getting more traction.

“After Election Day, they monitored every pressure point to ensure that Trump could not overturn the result...” 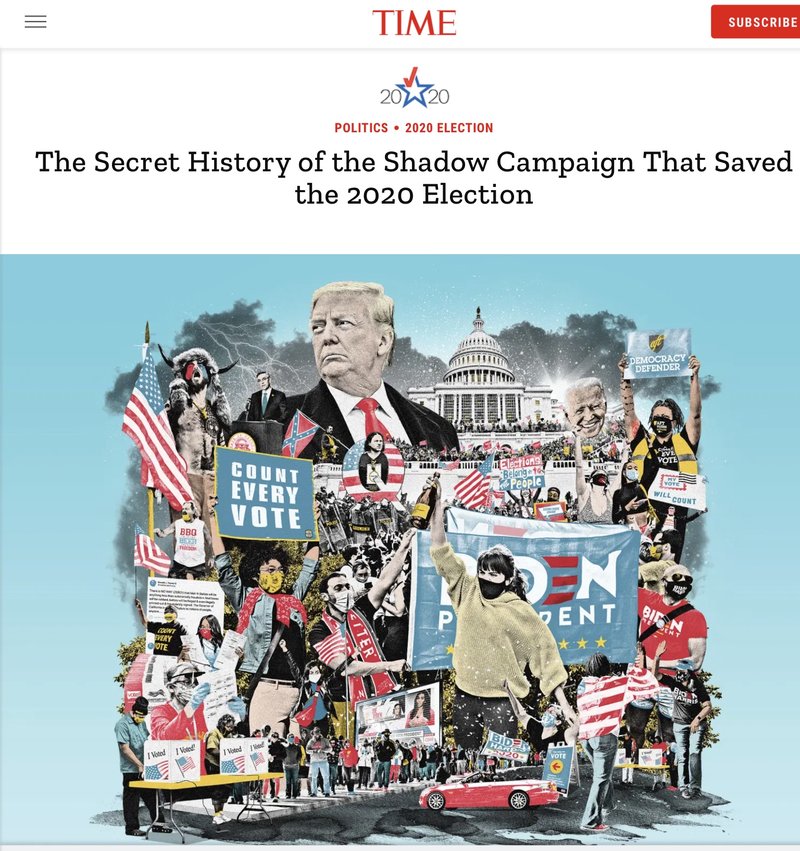 Sgt (Join to see)
4 mo
MCPO Roger Collins Most on the Opposition side are too deluded to convince but we still have a victory if WE know the truth, then we can rightly plan for our futures with God’s help. MSgt James Clark-Rosa SMSgt David A Asbury
(1)
Reply
(0)

A1C Mike Allen
4 mo
The Left thinks of the Right as a "Basket of Deplorables" who "cling to guns or religion".
With a view of the Right like that, why would they ever be convinced?
(1)
Reply
(0)

SMSgt David A Asbury
Posted 4 mo ago
Thanks for sharing Ann.
(2)
Comment
(0)

MSgt James Clark-Rosa
Posted 4 mo ago
Yep. Behind the door campaigning. I’d read this before. Thank you for sharing.
(1)
Comment
(0)