Shortages at 'privatized commissary' may point to future headaches

SFC (Join to see)
56.6K
4
4
2
2
0
Some residents of the remote Army Garrison Kwajalein Atoll have complained about a recent severe shortage of fresh fruits and vegetables at their contractor-operated grocery store — the only option for buying food on the island.

“This is severe, and we are in dire straits. Morale is at an all-time low, and people are desperate,” said Sharon Rice, an Army wife living on Kwajalein.

Some people are even taking Space-A military flights to Honolulu to shop for produce and dairy items — about a five-hour flight each way.

It isn’t the first time there have been severe shortages, Rice said. “But this is by far the biggest food crisis I’ve seen.”

That store, which the garrison commander describes as “our privatized commissary,” is residents' only option for buying groceries — and some say their experience could foreshadow privatized remote commissaries of the future.
The tiny island is more than 2,000 miles away from any major land mass and offers a small food court, a dining facility and a small shoppette, which is operated by the Army and Air Force Exchange Service.

Within two hours after the weekly produce delivery on June 21, the produce shelves were almost empty, Rice said.

The previous Tuesday, June 14, most of the produce was gone within four hours, and she wasn't able to get any fruits or vegetables.

“I had no less than 10 neighbors bring me a portion of what they had," she said. "Half a bag of carrots, half a head of lettuce, a squash, chili peppers, three tomatoes, an avocado and some zucchini for the week.”

The following week, she said, “I paid that forward by donating two of my four tomatoes, half of a pepper, half a bag of carrots, a peach and an apple.”

People are dealing with the shortage in other creative ways. Although it’s difficult to grow most things on the island, some residents grow purslane, an island greenery that can be paired with feta cheese, Rice said. “You can cook bittermelon for a unique salty flavor. You can grill cactus, and homemade butter is surprisingly easy to make with an improvised cheese cloth. We use absolutely every piece of produce that hasn’t gone bad.”

A total of between 1,200 to 1,300 permanent-party service members, contractors and family members live on Kwajalein, and they are authorized to shop in the grocery store.

Most of those are government contractors. About 20 permanent-party soldiers are stationed on the island, about 50 Army civilian employees, and about 80 family members of those living on Kwajalein and Roi-Namur. Radar, optics, telemetry and communications equipment on eight islands in the atoll provide instrumentation for ballistic missile and missile interceptor testing and space operations support, according to the garrison’s website.

The recent produce problem “is not a contracting problem or funding problem. It’s a supply chain problem,” said Scott Malcom, spokesman for the Army Installation Management Command, noting that perishables have to be refrigerated for thousands of miles. The journey takes about 48 hours, flying from Travis Air Force Base, California, to Joint Base Pearl Harbor-Hickam, Hawaii, and then to Kwajalein, said Kwajalein garrison commander Col. Michael Larsen.

“We are very aware of these concerns,” Larsen said in an email response to questions. “The problems with our privatized commissary, which we call by its legacy nickname ‘Surfway,’ impact every family on Kwajalein Island. The topic of food shortage or diversity of food selection is a common point of contention in every Community Town Hall that I host every quarter. It is hard to please all of the unique demands from the community when it comes to groceries.

“This becomes especially difficult when you are forced to operate on a fixed budget.”

“In many cases, our shortages are simply a result of being remote and isolated in the center of the Pacific Ocean and being 5,000 miles from the mainland of the United States.

“In my opinion, despite our periodic friction, we still possess the best grocery selection in over 2,500 miles. Hawaii and Guam installations arguably have better grocery selection, and they are run by [the Defense Commissary Agency],” he said.

Rice, the Army spouse, noted that the shortage has been severe for more than a month. Larsen acknowledged a decrease in produce in the past month because of issues related to transporting the produce “and because of some discrepancies with certain orders.”

To address the problem, Larsen said, “we have multiple ways of communicating with the contractor who manages the privatized commissary. We are using all of these tools to make sure that they continue to operate within the prescribed scope of work.

“The contractor is a competent and professional organization and has been successfully performing this task since 2003.”

An official with the contractor, Kwajalein Range Services, referred questions to Army officials on Kwajalein.

Army Installation Management Command officials said they are in the process of separating the Kwajalein logistics support contract into three separate contracts for fiscal 2018 — with a separate contract for base support, which includes the grocery store. By separating the functions, companies will be able to concentrate on a core competency, which may improve this situation, one official said.

"In the meantime, we can't wait until the new contract," Rice said.

"We do our best as a garrison team, both U.S. government and contractor employees, to meet all of the demands of our island's residents in regards to food quantities and diversity. It quite simply is not an easy task to accomplish 100 percent of the time, and unfortunately it takes time to rectify shortcomings."

Unfortunately, he said, "we have periods where there is a shortage of fresh produce and other available food items. The process of how our contractor transports supplies for our privatized commissary is a complex scenario. It can be negatively impacted by many different factors like weather, loss of refrigeration in container due to mechanical failure, lack of space available on barge because of containers left on our dock, and temperature interruption in transit, which recently happened to our produce deliveries."

He said the installation worked with contractors "to improve the icing procedures and container insulation to reduce the risk of any future loss.”

Officials recently took corrective measures to stem “the significant loss on each shipment,” Larsen said, and since those actions, loss has been reduced to zero.

The store was a Navy commissary before the Army assumed control of Kwajalein and the mission in 1964, gradually transferring functions, including the Surfway's operation, to a logistics contractor.

Larsen, the garrison commander, repeatedly referred to the Surfway as a “our privatized commissary.”

Over the past year, talk about turning over commissaries to the private sector to operate has gained momentum, including two efforts in the Senate Armed Services Committee to require the Defense Department to test commissary privatization. Those attempts were defeated last year and this year. Among other concerns is whether private companies would be willing to operate commissaries in remote areas.

DoD is still required to study the possibility of privatization, and officials have put out a request for information from companies and others who might have an interest in — and the ability to — privatize all or part of the commissary system, possibly saving some of the $1.4 billion required to operate the stores each year.

“This is a forecast of things that could happen elsewhere,” said Joyce Raezer, executive director of the National Military Family Association.

“If we decide to privatize, what’s the effect on other places that have a tiny little commissary?" Raezer said. “There’s a known accountability chain with the Defense Commissary Agency. If DeCA runs a commissary, we know where to go to raise an issue.

“Why are we sending families there and not delivering food for them?

“The workaround of them taking military flights to get food just blows my mind,” Raezer said.


Karen Jowers covers military families, quality of life and consumer issues for Military Times. She can be reached at [login to see] . 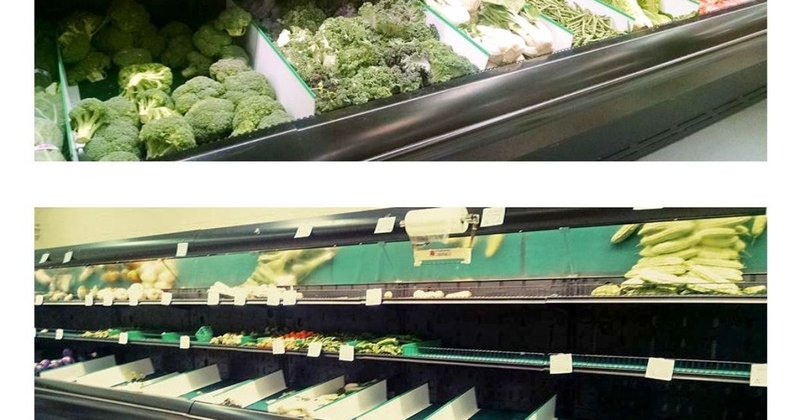 Shortages at 'privatized commissary' may point to future headaches

LTC Stephen F.
Edited >1 y ago
Posted >1 y ago
I concur with that assessment SFC (Join to see). Remote commissaries like remote Post offices need many more highly used commissaries/post office respectively to have the system operate in the black.
(2)
Comment
(0)

SFC Victor Serrano
Posted >1 y ago
Welcome to your commissary and on behalf of President Obama's administration, thank you for your service and God Bless America! LOL....
(0)
Comment
(0)