Should Army and Marines (or components of) consolidate? | RallyPoint

SSG Warren Swan
34.6K
23
23
4
4
0
Have you ever looked back at old RP posts and wondered if the question is still valid? If you have, share yours. This one is mine. Even with a larger military budget, could we be more "joint" is we were more "joint" with less individual branches? Could we save money and reinvest that money into more mission based training, education, and quality of life beyond service branch pride? 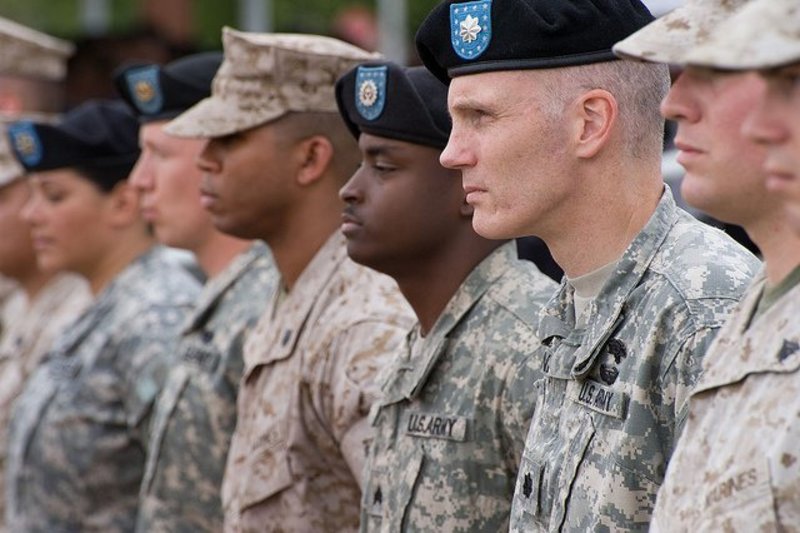 Should Army and Marines (or components of) consolidate? | RallyPoint

Posted from rallypoint.com
Posted in these groups:

Capt Daniel Goodman
Posted 3 y ago
I can perceive the logic of your fought, however, cultural aspects would always prevent it...both entities have their own institutional approach, and, inevitably, it'd lead to the same slippery hope of total consolidation as exists in Canada now, I think...both might train together, however, as I've mentioned on here before, otd inevitably affect esprit de corps, which is most definitely not a factor to be ignored, plus, it'd all wind up being a lot less colorful, as well as whole lot less fun, also a very real factor that is quite genuinely relevant, I think, honest...I'd read articles where USMC was being referred to as essentially another Army, no less than USCG is sometimes spoken of as the world's sixth largest navy...Army has ships of its own, its own air force with all the helicopters, the whole thing just culturally evolved the way it did, and if one just starts pulping at threads of the tapestry, sooner or later, the whole weave of the cloth winds up lost...in this instance, while I as I'd said think I can perceive your rationale, to my mind, in this one specific cade, if it ain't broke, just leave well enough alone, and don't try fixing it, you know?
(1)
Comment
(0)

SSG Warren Swan
3 y
Agreed on the "don't fix it if it ain't broken", but if we actually held fast to that there would be a TON of GO's with no job being they have nothing better to do other than remake the wheel, and swear their wheel is different than the wheel that got them there. In the end it's the same wheel, just with more chrome or paint, an inflated price tag, and a guarantee that it'll get them a job on the outside working on the same wheel with more clout and even more money.
(0)
Reply
(0)

Capt Daniel Goodman
3 y
I don't dispute that, certainly, however, obviously GOs of course live in an entirely different version and/or corner of the universe, you know? I'd met a few, and, basically, got the decided impression that they all basically did exactly what they wanted, because that was just life, honest....
(0)
Reply
(0)

SFC Pete Kain
Edited 3 y ago
Posted 3 y ago
Army and Marines consolidate? Nope just nope.
I went thru beach assault training in the 70's. The Marines can keep that one as far as I am concerned.
(1)
Comment
(0)

SSG Warren Swan
3 y
Beyond the suck, why not? If the Army preaches the mantra "every Soldier a rifleman", the Marines actually believe it and back it up with their training before they hit their MOS schooling. Could we not learn from the other (when you take pride and personal bias out of it), and really hammer down to the lowest level and examine what really separates us from the other? Is a 0311 really on a different level than a 11B? Would a Navy pilot truly be any different than an AF one? Sure there are fundamental differences but look at the bottom line in an era where everything is based on the dollar. We're not as "individual" as we once were when you're dealing with a beancounter who either never served, or has served but knows there is a large financial gain or strong name recognition if this is pushed,

I'm damn proud of being a Soldier, but the lines are already beginning to blur with the whole "joint forces" strategy. Someone is already thinking this now. We just won't be around to see it implemented.
(1)
Reply
(0)
Show More Comments
Read This Next
RallyPoint Home