I believe the SMA stated that he was not going to be a uniform changing SMA. It kind of looks like that is going the opposite way he said he was going to go. The attached photos are some of the changes to the uniform that are in the works (maybe). I have never seen so many changes in such a short period. What do you all think? 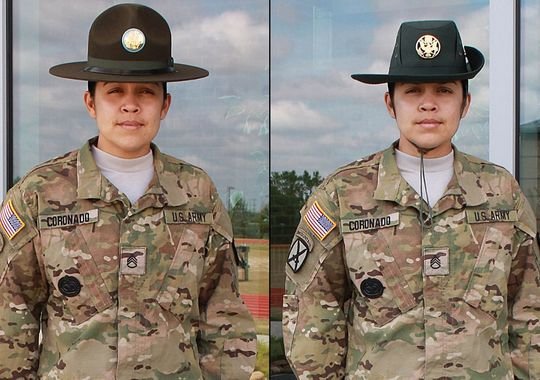 Alright, for someone that claims they are tired of uniform changes I am sure fond of a lot of them.
(11)
Comment
(0)
show previous comments

CW3 (Join to see)
5 y
SGT William Howell you are right on with that comment! It is amazing how something so small and really having nothing to do with real change and innovations from a leadership standpoint can have such a lasting impression.
(1)
Reply
(0)

CW3 (Join to see)
5 y
SGM Steve Wettstein I know you are said you are happy you don't have to deal with these changes, but what do you think about them? I just made the CAMO switch last week, coupled with the new PT uniform it is a major investment.
(0)
Reply
(0)

CW3 (Join to see)
5 y
Capt Seid Waddell I second your opinion on the Ike jacket. Not sure when or where I would have the need for it however. I spend 95% of my time in a flight suite, and I am not complaining at all.
(1)
Reply
(0)

CW3 (Join to see)
5 y
1SG(P) (Join to see) you make a good point regarding the service cap. Transferring over from the Navy to the Army, I was amazed at the disparity between the way senior enlisted members are treated differently in the two services.
(0)
Reply
(0)

SGT William Howell
Posted 5 y ago
I thought that SMA Dailey was going to be good for the Army. This makes me doubt that decision. Uniforms are tradition. We have had a billion uniform changes in the last 15 years. They can't print a 670-1 before they have to amend it. As a troop, I look at this like someone trying to put their spin on the Army before they retire. The USMC's dress uniform has only had slight changes over the last 100 years. Why can the army get the uniform right and be done with it?
(7)
Comment
(0)

Cpl Jeff N.
Edited 5 y ago
Posted 5 y ago
I have ne vested interest in what the Army wears or doesn't wear but this seems to me like rearranging the deck chairs on the Queen Mary. There are bigger fish to fry and some of this sounds like HIS wants/desires and not driven by practical need.
(7)
Comment
(0)

SSG (Join to see)
5 y
ACU was never a good camo. Now that someones finally making changes ever is bothered again but something they wanted done. I understand theres bigger fish with out daily lives in the army but this one should definitely change. Im referring to the new OCP.
(0)
Reply
(0)

Cpl Jeff N.
5 y
SSG (Join to see) . I'm not saying they are all bad. I think the camo pattern for the Army needed to be fixed. I thought that happened prior to the new SMA (at least the decision). Ike Jackets, DI covers, black sox vs white sox etc. seem a little strange considering all of the other issues the SMA could be working on. I know he can carry more than one brick in the wheelbarrow at a time just a little more focus on what is important might be in order.
(0)
Reply
(0)
Show More Comments
Read This Next
RallyPoint Home