Lt Col Charlie Brown
1.29K
64
12
18
18
0
Texas sued the U.S. government for ordering a halt to most deportations of undocumented immigrants, the first major lawsuit challenging President Joe Biden’s policies just two days into his term and a likely sign of what’s to come from other Republican-led states.

Texas Attorney General Ken Paxton claims the directive from the Department of Homeland Security violated federal law by failing to seek input from the state. Paxton also accused the administration of failing to enforce immigration laws and granting a “blanket amnesty.”

“On its first day in office, the Biden Administration cast aside congressionally enacted immigration laws and suspended the removal of illegal aliens whose removal is compelled by those very laws,” Paxton said in the complaint, filed Friday in federal court in Victoria, Texas. “In doing so, it ignored basic constitutional principles and violated its written pledge to work cooperatively with the State of Texas to address shared immigration enforcement concerns.”

The suit highlights the clash between Biden’s pledge to reverse the efforts of Donald Trump’s former administration to clamp down on people in the U.S. illegally and Republicans who want to continue those policies. Biden plans to eventually offer a path to citizenship to the almost 11 million undocumented immigrants in the U.S., which will likely trigger additional litigation.


Paxton, who is under federal investigation for bribery and abuse of power allegations made by former aides, led a failed legal challenge by Republican attorneys general that sought to prevent Biden from taking office based on bogus allegations of election fraud. In his new lawsuit, the Texas official claims the current administration is failing to remove immigrants even after they’ve had “full and fair” hearings.

“The Constitution, controlling statutes, and prior Executive pledges prevent a seismic change to this country’s immigration laws merely by memorandum,” Paxton said in the suit. 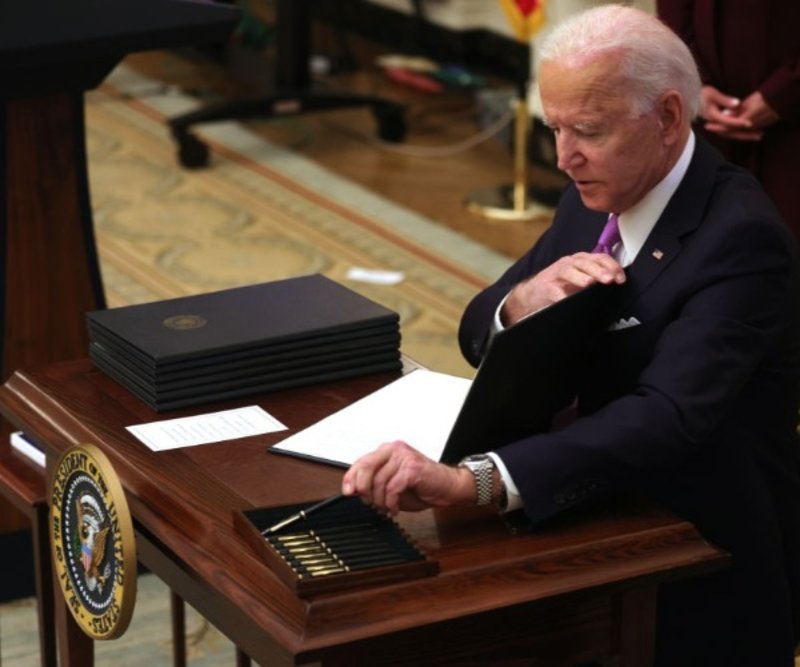 Posted from newsmax.com
Posted in these groups:

Thank you my friend Lt Col Charlie Brown for making us aware that Texas Attorney General Ken Paxton claims the directive from the Department of Homeland Security violated federal law by failing to seek input from the state. Great news that Texas filed suit against the U.S. government for ordering a halt to most deportations of undocumented immigrants

LTC John Shaw
6 mo
I expect that the SCOTUS will accept but I am not certain the outcome will favor Texas. I believe the Court will come down to say that each State is responsible for their own voting process. If the State legislature and executive branches allows each County to draw their own rules, then other States must accept that outcome. Otherwise we will have State's suing other States for violations of the US Constitution in many areas, not just election law.
(1)
Reply
(0)

A1C Mike Allen
6 mo
Maybe Texas will start enforcing (or not enforcing) immigration law just like California did.
If the Feds won't do their jobs, hopefully Texas will.
(5)
Reply
(0)

PVT Mark Zehner
Posted 6 mo ago
Someone will stop them unfortunately!
(5)
Comment
(0)
Show More Comments
Read This Next
RallyPoint Home