The Future of the US Military Commissions: Legal and Policy Issues

MAJ Montgomery Granger
2.42K
9
13
2
2
0
Just Security does not allow comments on their website, only the direct email to the editor for private back and forth on topics. This is why I usually shy away from posting their articles. This one, however has glaring omissions, some of which I have previously pointed out in other postings. Military Commissions (tribunals) are a way of life for US Army Enemy Prisoner of War (EPW) Military Police units. I served in such a unit for 9 of my last 22 years in the military, ranks 1LT - MAJ. During that time I trained with them, deployed with them, and even took the Officer Advanced course for non-MP officer's. I served at Gitmo from FEB-JUN 2002.

Before arriving to Gitmo, but after we received our warning order, we were fully expecting to participate in tribunals for detainees accused of war crimes. In fact, the JAG officer in my liaison detachment (455th MP DET (BLD)) had written an article in a military periodical about the legal in's and out's of what he was surely going to be tasked to do. We rehearsed such a scenario in the months leading up to 9/11, of course fully unaware of what was to come.

My unit was full of experienced enlisted and officer Military Police EPW operations personnel who had served in Operation Desert Shield, which saw thousands of lawful combatant Iranian soldiers surrender in droves. The hot war lasted ten days. Soon afterwards nearly all of the captured soldiers were repatriated back to Iran, as per the Geneva Conventions and Law of Land Warfare.

My unit, and the brigade we served under (800th MP BDE) were poised, practiced and ready to do our jobs. Then the pentagon (read: civilians) got involved.

That's all we needed to hear, really, because that was the only way we trained. But we trained to standard on the established rules for how to handled detained persons based on their status. This was quickly becoming a cluster, both in how the way the detainees were housed (not to doctrine), and how those accused of war crimes were being processed.

The law says that even lawful combatant POW's may be held without charge or trial "until the end of hostilities." The law says that if tried, detainees would receive the same legal process privileges as if a US soldier were being court marshaled.

In comes the Military Commissions Act of 2006, Bush and Rummy thought it would be nice if the Conventions and Law of War were amended just a smidgen to allow for a little bit more nice-nice towards the bad guys. horrible move. Delays, delays, delays. the story of the Camel's Nose all over again.

Enter BHO and Holder. Even WORSE, the military Commissions Act of 2009, gave unlawful combatant Islamist detainees who wanted to kill us virtually the SAME rights you or I would enjoy in a federal court of law!

Why didn't Just Security tell you any of this in their piece? Good question. maybe you'd like to write to the editor on that one. Or maybe some of you have an explanation? 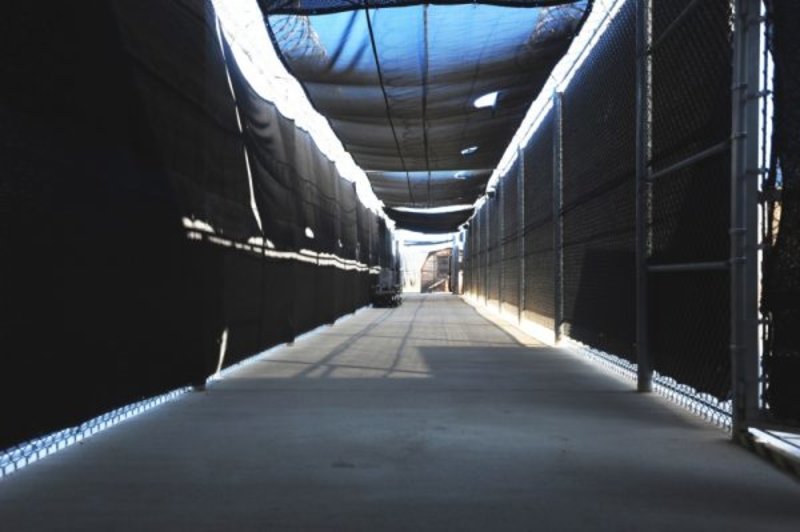 The Future of the US Military Commissions: Legal and Policy Issues

Posted from justsecurity.org
Posted in these groups:

Capt Gregory Prickett
Posted 2 y ago
Well, surprising me not at all, your analysis of the history of tribunals and enemy combatants was completely wrong.

For example, you left out the part where the Supreme Court repeatedly declared that the federal law covering tribunals was unconstitutional.
(1)
Comment
(0)

Capt Gregory Prickett
2 y
MAJ Montgomery Granger - and yet the rulings remains that the laws were unconstitutional. Rasul was a 6-3 decision; Hamdan was a 5-3 decision; and Boumediene was 5-4. You do understand that there is no further appeal after SCOTUS has ruled, don't you? That there is no one who can say that the Supremes are wrong and overturn their decision? That a divided decision is still a decision, and is still binding regardless of the vote, that a 5-4 vote is just as much law as a 9-0 vote?
(1)
Reply
(0)

Barry Davidson
Posted 3 y ago
Correct me if I'm wrong here, but it was my understanding that unlawful enemy combatants fall under the jurisdiction of the military. While Congress does have the constitutional authority to change that, the SCOTUS ruled in Dynes v. Hoover (1858) that neither it or lesser Article III courts have jurisdiction over matters of military courts martial. Justice James Moore said in his opinion, “These provisions show that Congress has the power to provide for the trial and punishment of military and naval offenses in the manner then and now practiced by civilized nations, and that the power is given without any connection between it and the third article of the Constitution defining the judicial power of the United States, indeed, that the powers are entirely independent of each other.” The decision went on further to say that it was a violation of the Separation of Powers for Article III courts to hear those cases.

Never mind. I should know by now that reason and precedent have no place in politics.
(1)
Comment
(0)

MAJ Montgomery Granger
3 y
You are my favorite person today. Indeed, your final thought is our reality. Battling fake news and ignorance seems futile, but tenacity and perseverance are what it took to create this great nation, nad that's what it's going to take to keep it great. Keep using facts that the other side ignores! Hooah!
(0)
Reply
(0)

Barry Davidson
3 y
MAJ Montgomery Granger - I have some pretty good rants in the morning before I've had enough coffee on Facebook. Since they usually include a lot of expletives I don't post them here. Something I've seen a thousand times will just tick me off, and venting through the keyboard helps sometimes.

I used to regularly contact my representatives about issues like uniform ballot access legislation. I live in MD which means I'm surrounded by Democrats. Every last one of them over the years has responded by stating that Congress doesn't have the constitutional authority to pass uniform ballot access and/or election laws. Never once, in all my years, have they responded back when I quote Article I Section 4, "The times, places and manner of holding elections for Senators and Representatives, shall be prescribed in each state by the legislature thereof; but the Congress may at any time by law make or alter such regulations, except as to the places of choosing Senators." as their constitutional power.
(1)
Reply
(0)

MAJ Montgomery Granger
3 y
Can't make it up. I'll bet most of them could not pass the citizenship test.
(0)
Reply
(0)

PO3 Phyllis Maynard
Posted 3 y ago
This reads, as if, the Trump administration should have taken time to talk to the Obama administration about the undeveloped and undefined elements of the commission, in order to have an understanding of what needed to happen to shore up and define it's mission and process.
(1)
Comment
(0)

MAJ Montgomery Granger
3 y
100%. Here's what I thought about that over a year ago: Trump needs to get Gitmo right - https://savinggraceatguantanamobay.com/2017/01/25/trump-needs-to-get-gitmo-right/

Trump needs to get Gitmo right

President Donald J. Trump has said “We are fighting sneaky rats right now that are sick and demented,” “We’re going to win,” and it would be “fine” if US t…

PO3 Phyllis Maynard
3 y
This article spells out in plain language, enemies foreign or donestic, bringing assault against the US of A is a clear and present danger. The portion talking about the amenities that these prisoners are receiving is describing a "present danger". If one reads about Islamic religion, they will find that anytime they bring their religious beliefs into an area that was once a religious spot for another belief it signifies that Allah has conquered an infidel. In this case, it mocks the US punishment for terrorism. I agree, the harsh punishment set forth for this element of criminal should be properly placed under Geneva Convention guidelines.
(1)
Reply
(0)

MAJ Montgomery Granger
3 y
Indeed. Thank you for that. I believe in fairness, not coddling. I believe that if the United States holds someone, whether as a protected person, detainee, war criminal, it should be to the letter and spirit of the law. No more, no less. That has NOT been the case with Gitmo detainees.
(0)
Reply
(0)
Show More Comments
Read This Next
RallyPoint Home