Designed by American architect Minoru Yamasaki (1912-1986), the original 1973 World Trade Center consisted of two 110-story buildings known as the "twin towers" and five smaller buildings. Yamasaki studied over a hundred models before adopting the design. Plans for a single tower were rejected because the size was thought to be cumbersome and impractical, while a footprint with several towers "looked too much like a housing project," according to the architect. This history details how the World Trade Center was designed and built and also examines why the structure ultimately could not withstand the terrorist attacks that destroyed them on September 11, 2001.

The 16-acre World Trade Center site in Lower Manhattan was billed by its proponents as an homage to capitalism, squarely placing New York at the "center of world trade." David Rockefeller had originally proposed developing property along the East River, but in the end, the West Side was chosen instead—despite the loud, angry protests of displaced business owners and tenants forced out in the wake of eminent domain.

In the end, the tall skyscrapers of New York's Financial District replaced the numerous small businesses that made up "Radio Row" electronics shops, and Greenwich Street was abruptly truncated, disconnecting city neighborhoods largely populated by immigrants from the Middle East, including Syria. (Whether or not that had any influence on future acts of terrorism is open to debate.)

The Design of the World Trade Center

The World Trade Center twin towers were light, economical structures designed to keep the wind bracing on the outside surfaces. Architect Yamasaki presented the plan in January 1964, and excavation began by August 1966. The steel construction started two years later, in August 1968. The North Tower (WTC 1) was completed in 1970 and the south tower (WTC 2) in 1972, with a dedication ceremony on April 4, 1973, at which Yamasaki declared, "The World Trade Center is a living symbol of man's dedication to world peace."

Lead structural engineer Leslie E. Robertson recalled Yamasaki had proposed narrow windows "to give people a sense of security as they looked down from on high." (Others have said that Yamasaki himself was afraid of heights, and that accounted for the narrow windows.) The contribution of the structural engineers "was to make the closely spaced columns the fundamental lateral-force resisting system for the two towers," Roberston said, noting that the aluminum-clad prefabricated steel framework withstood even the lateral "impact loads imposed on September 11."

The tubular-frame construction allowed a lightweight building with open interior office spaces. The natural sway of the buildings was mitigated not by heavy steel reinforced with concrete, but by engineered dampers that acted like shock absorbers.

The Main Towers
Each of the twin towers was 64 meters square. Each tower rested on solid bedrock, the foundations extending 70 feet (21 meters) below grade. The height-to-width ratio was 6.8. The facades of the twin towers were constructed of aluminum and steel lattice, built of a lightweight tube construction with 244 closely spaced columns on the outer walls and no interior columns in office spaces. An 80-centimeter tall web joist connected the core to the perimeter on each floor. Concrete slabs were poured over the web joists to form the floors. Together, both towers weighed about 1,500,000 tons.

Fast Facts on the World Trade Center
•Each tower contained 104 passenger elevators for the 50,000 people who worked there. Each Tower had 21,800 windows—more than 600,000 square feet of glass.
•During peak construction between 1966 and 1973, 3,500 people worked at the site and 60 people died.
•The World Trade Center towers were among the tallest buildings in the world and contained nine million square feet of office space.
•After construction was completed, it took 250,000 gallons of paint per year to maintain the Twin Towers.
•Almost the same number of murders (19) were committed at the WTC as babies were born there (17)
Yamasaki, the World Trade Center, and World Peace

Minoru Yamasaki may have been conflicted by the values and politics surrounding the vast, high-profile project. Architect Paul Heyer quotes Yamasaki as saying:

"There are a few very influential architects who sincerely believe that all buildings must be 'strong'. The word 'strong' in this context seems to connote 'powerful'—that is, each building should be a monument to the virility of our society. These architects look with derision upon attempts to build a friendly, more gentle kind of building. The basis for their belief is that our culture is derived primarily from Europe, and that most of the important traditional examples of European architecture are monumental, reflecting the need of the state, church, or the feudal families—the primary patrons of these buildings—to awe and impress the masses.
"This is incongruous today. Although it is inevitable for architects who admire these great monumental buildings of Europe to strive for the quality most evident in them—grandeur, the elements of mysticism and power, basic to cathedrals and palaces, are also incongruous today, because the buildings we build for our times are for a totally different purpose."
At the opening of the World Trade Center on April 4, 1973, Yamasaki told the crowd that his skyscrapers were symbols of peace:

The twin towers were not the highest skyscrapers in America—the 1973 Willis Tower in Chicago took that honor—but they were taller than the Empire State Building and soon became the focus of stunts and other pop culture phenomenons.

On August 7, 1974, Philippe Petit used a bow and arrow to assemble a steel cable between the two towers and then he walked across the tightrope. Other daredevil stunts included parachuting from the top and scaling the exterior facade from the ground.

In the 1976 remake of the classic film, King Kong (originally released in 1933), the giant ape's New York antics are relocated to Lower Manhattan. Instead of the original Empire State Building feat, Kong climbs from one tower of the Trade Center and leaps to the other before his inevitable fall.

The Sphere, a 25-foot bronze sculpture by German artist Fritz Koenig (1924-2017), commissioned in 1966, stood on the plaza between the twin towers from 1971 until the day the towers fell. (Damaged but basically intact, the 25-ton sculpture was moved to Battery Park as a memorial and symbol of American persistence. In 2017, the sculpture was moved to Liberty Park overlooking the 9/11 Memorial Plaza.)

The Terrorist Attacks and the Aftermath

The first terrorist attack on February 26, 1993, was carried out using a truck bomb in the underground parking of the North Tower. The second terrorist attack on September 11, 2001, was achieved when two hijacked commercial airliners were commandeered and flown directly into the towers

After the September 11 terrorist attacks, two trident-shaped (three-pronged) columns from the original twin towers were salvaged from the ruins. These tridents, which give us some understanding of why the towers collapsed in the manner they did, became part of the exhibition at the National 9/11 Museum at ground zero. 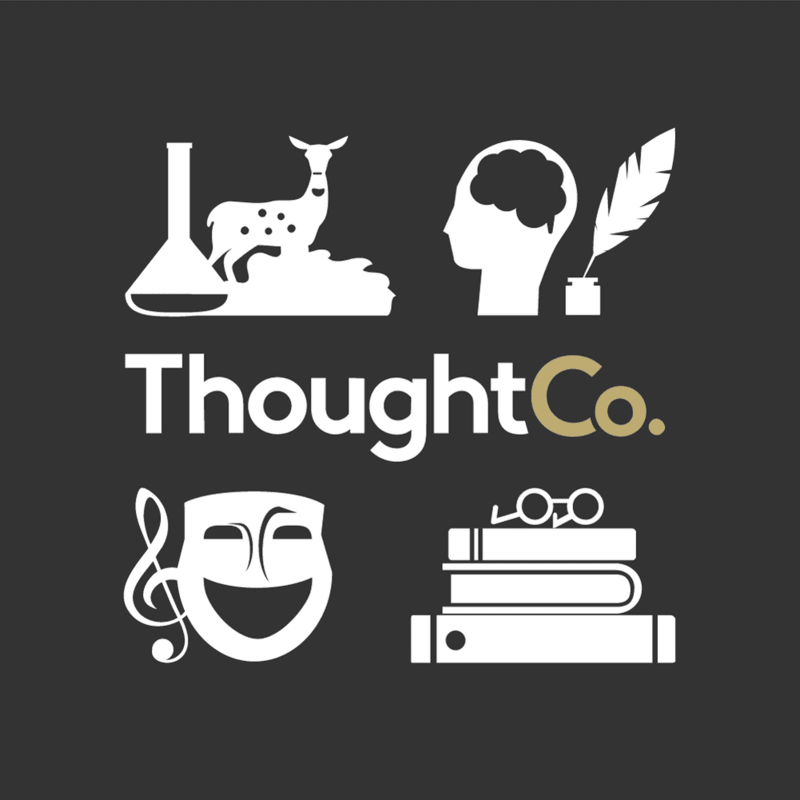 LTC Stephen F.
Posted >1 y ago
Thank you my friend SGT (Join to see) for reminding us about the background of the World Trade Center which was designed by Minoru Yamasaki and later attacked by the blind sheik in 1993 in his attempt to find vulnerabilities in that structure which were exploited on September 11, 2001.
(2)
Comment
(0) 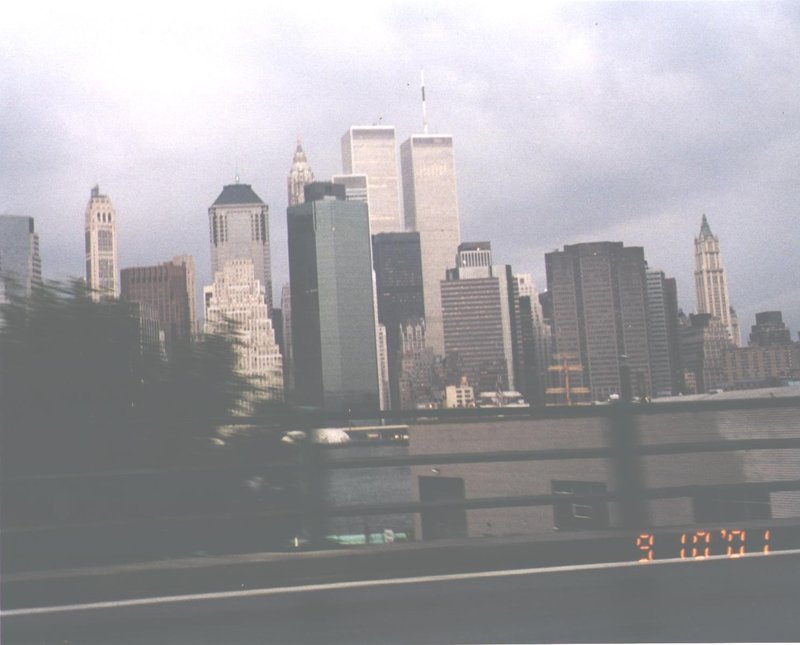 I didn't think it would have any historical significance at the time, but this is a picture I took of the sun setting on the Twin Towers for the last time ever.
(2)
Reply
(0)