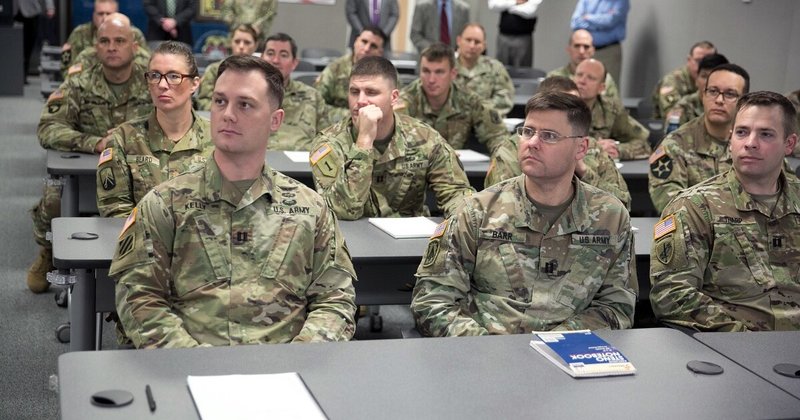 LTC Stephen F.
Posted 11 mo ago
Thank you, my friend SGT (Join to see) for making us aware that the "Army is rolling out new Academic Evaluation Report forms to gauge soldiers’ performance in military and civilian schools — an initiative that will ultimately help the service better manage talent."

Thanks for letting us know that you are "glad they are revamping the forms."

"Eventually, the forms, which were approved this week by former Secretary of the Army Mark Esper, will be included into a database that Army leaders can use to search for soldiers who have specific skills and knowledge areas outside of their MOS.
For instance, if a soldier attends a school and writes a thesis on subterranean warfare, keywords or word strings associated with that thesis will be searchable in the database. When the Army wants experts on that topic, the revamped forms and database will help them find that talent.
The system will help the Army look for soldiers who have completed "a paper or development research ... during a course that the Army finds a priority or need to tap into,” Jeff Gates, a policy analyst at Army Human Resources Command, said in an interview.
Improvements to the process will be implemented in phases, but all schools are required to use the new forms by Sept. 1, according to an Army press release."

SP5 Jeannie Carle
Posted 11 mo ago
LOVE this!!!! Wish they'd done this decades ago!
(2)
Comment
(0)
Read This Next
RallyPoint Home