SP5 Mark Kuzinski
1.59K
9
4
9
9
0
DOVER AIR FORCE BASE, Del. — Assuming the somber duties of commander in chief, President Donald Trump made an unannounced trip Wednesday to honor the returning remains of a U.S. Navy SEAL killed in a weekend raid in Yemen.

Chief Special Warfare Operator William "Ryan" Owens, a 36-year-old from Peoria, Illinois, was the first known U.S. combat casualty since Trump took office less than two weeks ago. An 8-year-old American girl was among 30 others killed in the operation on an al-Qaida compound, and three other U.S. service members were wounded.

Trump's trip to Delaware's Dover Air Base was shrouded in secrecy. It was not on the president's daily schedule. A small group of journalists traveled with Trump on the condition that the visit was not reported until his arrival. He was joined by his daughter, Ivanka.

Dover has long been the point of entry for fallen U.S. service members returning home. Former President Barack Obama lifted a ban on media coverage of the dignified transfer ceremonies, though families may still request privacy.

Owens' family is said to have asked that his return be kept private. A recipient of two bronze stars, a Joint Service Commendation and an Afghanistan Campaign Medal, among others, Owens joined the Navy in 1998 and received his special warfare training in Coronado, California. In a statement following his death, the Navy Special Command called Owens a "devoted father, a true professional and a wonderful husband."

His death underscores the human costs of the military campaigns Trump now oversees. Far fewer troops are serving in combat now than in the wars Trump's predecessors led in Afghanistan and Iraq, but thousands of Americans remain in hotspots around the world.

In Afghanistan, where America's longest war continues, about 8,400 U.S. troops are training and advising local forces. More than U.S. 5,100 troops in Iraq and about 500 in Syria are involved in the campaign against the Islamic State group. The U.S. also engages in counterterrorism operations — mainly drone strikes — in Yemen, where Al-Qaida in the Arabian Peninsula has exploited the chaos of the country's civil war.

Sunday's pre-dawn raid — which a defense official said was planned by the Obama administration but authorized by Trump — could signal a new escalation against extremist groups in Yemen. More than half a dozen militant suspects were among those killed. The operation also took the life of the 8-year-old daughter of Anwar al-Awlaki, a radical cleric and U.S. citizen who was targeted and killed by a drone strike in 2011.

As a candidate, Trump said he would be willing to "take out" the families of terrorists in order to root out extremism. On Tuesday, White House spokesman Sean Spicer said no Americans "will ever be targeted" in raids against terror suspects.

The president's trip to Dover comes as he begins weighing whether to reshape U.S. military activities around the world. As a candidate, he vowed to be tougher on the Islamic State and at one point said he would be willing to send up to 30,000 U.S. troops to fight the extremist group in Iraq and Syria. Last week, Trump gave the Pentagon and other agencies 30 days to submit a plan for defeating the Islamic State.

Trump has said little about his approach to Afghanistan. Obama had pledged to end the war there on his watch, but continuing security concerns prompted him to extend the U.S. military campaign, handing the war off to a third American president.

Trump, who never served in the armed forces and received student and medical deferments during the Vietnam War, had an uneven relationship with the military community during the presidential campaign.

About 60 percent of voters who served in the military supported Trump in the presidential election, compared with 34 percent who voted for Democrat Hillary Clinton, according to exit polls. But Trump was also criticized by military groups, including the Veterans of Foreign Wars, for his feud with the Khan family, whose Muslim-American son was killed while serving in Iraq. 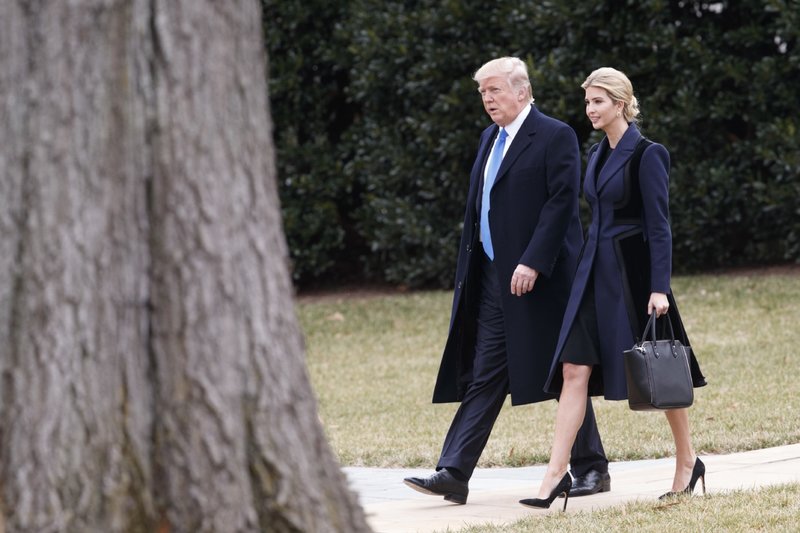 SFC George Smith
Posted 3 y ago
The Trumpster is stepping Up and becoming more presidential and starting to fall into Place Time will tell if he is really going to fit In...
(0)
Comment
(0)