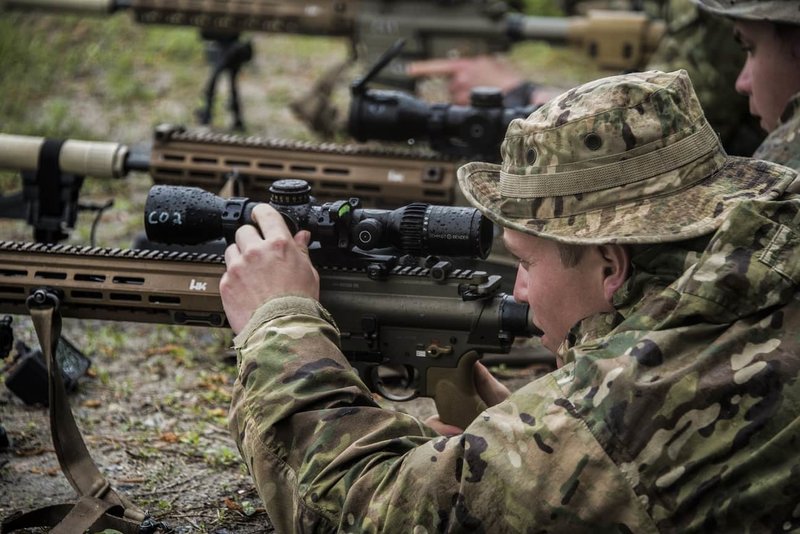 Posted from defence-blog.com
Posted in these groups: 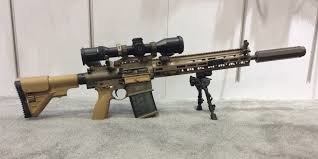 Thank you, my friend CW5 Jack Cardwell for posting the "news" that Airborne Special Operations Test Directorate has been introducing the Compact Semi-Automatic Sniper System to airborne snipers who are putting the weapon through its paces.
The Heckler & Koch M110A1 7.62mm semi-automatic sniper rifle was selected for the Army's Compact Semi-Automatic Sniper System (CSASS).

Background from Task and Purpose october 2017
"The M1101A1 HK CSASS is a lightweight version of H&K;’s G28E sniper rifle, one of which was also on display at the company’s AUSA spread. The company got to work after Army Contracting Command awarded the gun manufacturer a $44.5 million contract in 2016 for a version with a baffle-less OSS suppressor.
With a 16 inch long barrel and weighing 8.7 pounds with an empty magazine, the HK certainly meets the Army’s CSASS requirements size and weight requirements. It boasts a Schmidt & Bender 3-20X50 PMII Ultra Short Scope for improved optics and accuracy.
The Army contract for the HK CSASS came with a maximum order of 3,643 rifles."