U.S. Bureau of Engraving and Printing - History of BEP and U.S. Currency

SGT (Join to see)
353
6
2
6
6
0
On February 25, 1862, Congress formed the US Bureau of Engraving and Printing to print newly issued US paper currency called Demand Notes. From the article:

History of the BEP and U.S. Currency

The centrality of the BEP to the financial, monetary, postal, and printing developments of the United States since the Civil War has made it a repository of numerous invaluable historic items. At the same time, the BEP's history reflects and provides a unique perspective on the development of modern America. These facts have long been recognized by the BEP, which is devoted to the preservation and exploration of its own past. Some of the work of the curatorial, archival, and historical efforts of the BEP and its Historical Resource Center (HRC) is presented on this website.

Colonial Notes
1690
The Massachusetts Bay Colony, one of the 13 original colonies, issues the first paper money to cover costs of military expeditions. The practice of issuing paper notes spread to the other colonies.

Continental Currency
1775
The Continental Congress issues paper currency to finance the Revolutionary War. Continental currency was denominated in Spanish milled dollars. Without solid backing and easily counterfeited, the notes quickly lost their value, giving rise to the phrase "not worth a Continental."

Monetary System
1792
The Coinage Act of 1792 creates the U.S. Mint and establishes a federal monetary system, sets denominations for coins, and specifies the value of each coin in gold, silver, or copper.

First $10 Bills – Demand Notes
1861
The first $10 notes are Demand Notes, issued in 1861 by the Treasury Department. A portrait of President Abraham Lincoln is included on the face of the notes.

Treasury Department Authorization
1862
The Treasury Secretary is authorized to engrave and print notes at the Treasury Department; the design of which incorporates fine-line engraving, intricate geometric lathe work patterns, a Treasury seal, and engraved signatures to aid in counterfeit deterrence.

National Banknotes
1863
Congress establishes a national banking system and authorizes the U.S. Treasury to oversee the issuance of National Banknotes. This system sets federal guidelines for chartering and regulating "national" banks and authorizes those banks to issue national currency secured by the purchase of United States bonds. These notes are printed by private companies and finished by the BEP until 1875, when the BEP begins printing the faces.

1864
The 5-cent note of the second issue of Fractional Currency features the portrait of Spencer Clark, causing a public uproar. It is unclear how Clark’s portrait ended up on the note, but in 1866, Congress prohibits the portrait or likeness of any living person on currency notes, bonds, or securities.

1865
The United States Secret Service is established as a bureau of the Treasury for the purpose of deterring counterfeiters whose activities are destroying the public’s confidence in the nation's currency. The Secret Service is now part of the Department of Homeland Security.

Revenue Stamps
1866
The BEP begins producing revenue stamps to be placed on boxes of imported cigars.

1876
Congress passes an appropriation bill that directs the Internal Revenue Service to procure stamps engraved and printed at the Bureau of Engraving and Printing – provided costs do not exceed that of private firms. As a result, the BEP begins producing almost all revenue stamps in fiscal year 1878.

First Facility
1880
The first building constructed specifically for BEP operations is completed at the corner of 14th Street and B Street (Independence Avenue).

1900
The first issue of postage stamps in small booklets is produced.

Paper Currency with Background Color
1905
The last United States paper money printed with background color is the $20 Gold Certificate, Series 1905, which had a golden tint and a red seal and serial number.

Offset Printing
1912
Offset printing is first used in the BEP for the production of checks, certificates, and other miscellaneous items.

Federal Reserve Note Standardized Design
1929
The first sweeping change to affect the appearance of all paper money occurs in 1929. In an effort to lower manufacturing costs, all Federal Reserve notes are made about 30 percent smaller. The reduced size enables the BEP to convert from eight to 12 notes per sheet. In addition, standardized designs are instituted for each denomination across all classes of currency, decreasing the number of different designs in circulation. This standardization makes it easier for the public to distinguish between genuine and counterfeit notes.

Annex Building
1938
BEP operations begin in the “annex” building. The building is officially dedicated in November, 1938.

Hawaii Overprints
1942
The BEP receives an order for special $1, $5, $10, and $20 notes overprinted with the word “Hawaii.” The overprinted notes replace regular currency in Hawaii. In the event of enemy occupation of the islands, the overprinted currency can be declared worthless.

Congressional Appropriations
1951
The BEP begins operating on a reimbursable basis in accordance with a legislative mandate to convert to business-type accounting methods. As a result, annual Congressional appropriations cease.

18-Subject Sheets
1952
The BEP begins conversion from 12- to 18-subject sheets in currency production. The use of larger sheets is made possible by new non-offsetting ink. By reducing wetting and drying operations, distortion of paper is decreased. By September 1953, all currency is produced from 18-subject plates.

In God We Trust
1957
Following a 1955 law that requires “In God We Trust” on all currency, the motto first appears on paper money on series 1957 $1 silver certificates, then on 1963 series Federal Reserve notes.

32-Subject Sheets
1957
The BEP begins producing currency on high-speed rotary presses that print notes via the dry intaglio process. Paper distortion caused by wetting is now completely eliminated and sheet sizes increase from 18- to 32-subjects. The first notes printed by this process are the series 1957 silver certificates.

Barr Notes
1968
Joseph W. Barr served as Secretary of the Treasury from December 21, 1968 to January 20, 1969. There are fewer notes bearing his facsimile signature than notes imprinted with signatures of other Secretaries of the Treasury because of his short tenure in that office.

High-Denomination Notes
1969
The Treasury Secretary announces that currency in denominations larger than $100 will no longer be issued. Last printed in 1945, the high-denomination notes had been used mainly by banking institutions, but advances in bank transfer technologies preclude their further use.

Security Thread and Microprinting
1990
A security thread and microprinting are introduced to deter counterfeiting by advanced copiers and printers. The features first appear in Series 1990 $100 notes. By Series 1993, the features appeared on all denominations except $1 and $2 notes.

Western Currency Facility
1990
The BEP’s Western Currency Facility in Fort Worth, Texas begins producing currency. It is the first government facility outside Washington, DC to print United States paper money. The facility is intended to better serve the currency needs of the western half of the nation and to act as a contingency operation in case of emergencies at the DC facility.

Redesigned $10 Note
2006
A redesigned Series 2004A $10 note is issued on March 2, 2006. The A in the series designation indicates a change in some feature of the note, in this case, a change in the Treasurer's signature. Like the redesigned $20 and $50 notes, the redesigned $10 note features subtle shades of color and symbols of freedom. Specific to the $10 note are background colors of orange, yellow and red, and images of the Statue of Liberty's torch and the words, We the People, from the United States Constitution.

Redesigned $5 Note
2008
A redesigned Series 2006 $5 note is issued on March 13, 2008. The redesigned $5 note retains two of the most important security features first introduced in the 1990s: the watermark and embedded security thread.

Redesigned $100 Note
2013
On October 8, the Board of Governors of the Federal Reserve System issues the redesigned $100 note. Complete with advanced technology to combat counterfeiting, the new design for the $100 note retains the traditional look of U.S. currency. 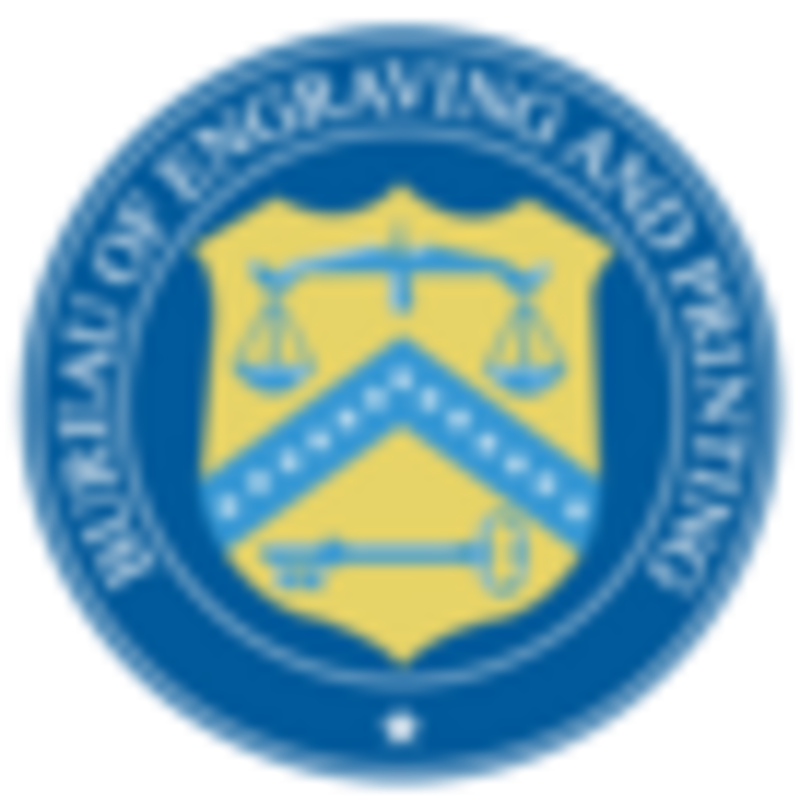 U.S. Bureau of Engraving and Printing - History of BEP and U.S. Currency

Posted from moneyfactory.gov
Posted in these groups:

WealthBureau of Engraving and Printing

SGT David A. 'Cowboy' Groth
Posted 8 mo ago
Thank you for the Civil War era history.
(0)
Comment
(0)
Read This Next
RallyPoint Home