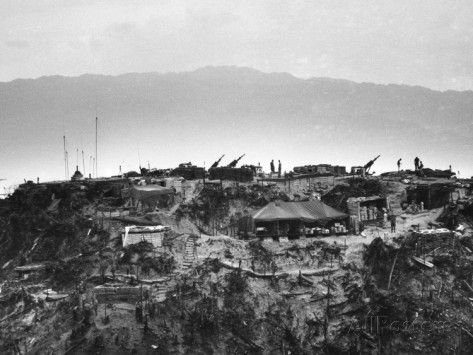 This taken during the Battle of Hamburger Hill during the Vietnam War, and the reason it's choppy is that it's raw footage never shown on TV. This video . Th...

Thank you my friend SFC (Join to see) for sharing the video footage from the assault on Hamburger Hill called Ap Bia Mountain or Hill 937.
This video is from Charlie Company Troops, 1st Battalion, 22nd Infantry Regiment, 4th Infantry Division from May 10 to 20, 1969. It is stored on their website charliecompany.org/charlie-company-troops/

Background on the Battle of Hamburger Hill
"Battle Of Hamburger Hill During The Vietnam War
"Information on the Battle of Hamburger Hill during The Vietnam War, also known as Hill 937. The battle, which was fought on May 10-20, 1969 was a direct assault against a heavily defended and strategically insignificant hill, resulted in over 400 U.S. casualties and caused an outrage back home.
‘Don’t mean nothin’. That was the refrain of the powerful 1987 movie about the battle for Hamburger Hill, more correctly called Ap Bia Mountain or Hill 937. Many veterans of that May 1969 fight would no doubt agree, since the hill was abandoned to the enemy soon after it was taken. But the truth is that it was one of the most significant battles of the war, for it spelled the end of major American ground combat operations in Vietnam.

Lt Col Charlie Brown
Posted >1 y ago
It's been posted before but it deserves to be seen again.
(8)
Comment
(0)

CSM Charles Hayden
Posted >1 y ago
I din’t even get to see the 101st, (Airborne), patch.
(4)
Comment
(0)
Show More Comments
Read This Next
RallyPoint Home