Sgt (Join to see)
1.92K
39
8
23
23
0
Veteran of the Day 11 17 20
Billy Walkabout was the most decorated Native American soldier of the Vietnam War. He performed distinguished service in the military and, despite suffering from severe post-traumatic stress disorders, fought and succeeded in accomplishing a noteworthy civilian life with marriage, children and association with a number of organizations.

Billy Walkabout was born in March 1949 in Cherokee County, Oklahoma, and was born into the Cherokee tribe of Anishanoi, or Blue Holly Clan....In the Army, Walkabout first served as an infantryman in Vietnam, serving in Company F, 58th Infantry, 101st Airborne Division (Airmobile). He later became a SP4 and distinguished himself with valorous actions on Nov. 20, 1968, when he ambushed an enemy squad on a jungle trail during a long-range reconnaissance patrol southwest of Hue. As a helicopter extraction arrived, the enemy attacked Walkabout and the other men. The soldiers fought back against the enemies and successfully escaped despite injuries. On the helicopter, he administered first aid to the wounded soldier. When the aircraft received heavy fire, Walkabout distracted the enemy so they concentrated their assault and placed continuous fire on the opposition. A command-detonated mine tore through the team, killing three soldiers and wounding many. While severely hurt from the explosion, Walkabout went to his men and administered lifesaving first aid to the soldiers. He also managed gunship and tactical air strikes on the enemy’s positions....(continued)

In a 1986 interview with the Associated Press, Walkabout shared that his 23 months in Vietnam left him with disabling injuries and scarring memories. He said, “War is not hell, it’s worse.” 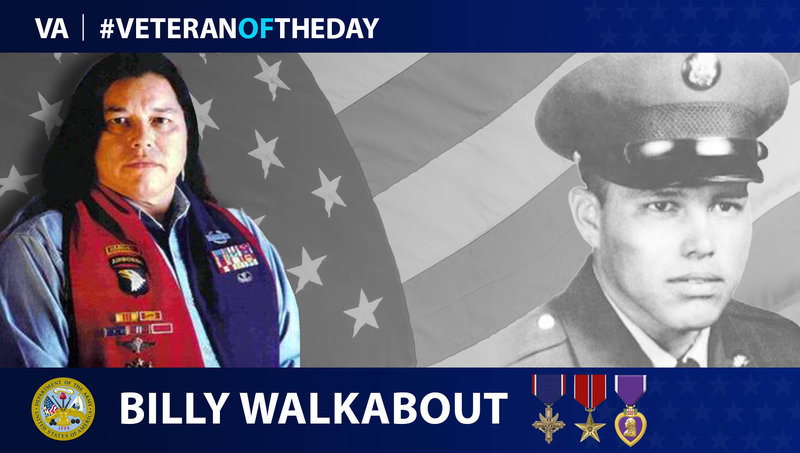 SPC (Join to see)
Posted 2 mo ago
I have a question about sick call in your branch. Do they ever ask you if you ever think about hurting yourself? When they make you fill out a form or when you check in for sick call?
(2)
Comment
(0)