SPC (Join to see)
2.23K
29
9
10
10
0
MY COMMENT, "I can not say that I fully support this plan or the second or third version and it's yet to be determined what the final version will provide. So far it provides a lot of administrative costs with questionable therapeutic value. I look forward to the final version of the bill. For now Chairman Mark Takano, D-CA is the biggest stumbling block with additions to the bill that adds complications and overhead expenses. The latter does nothing for the veteran that's experiencing conflict. It's possible that the committee chairman could benefit from military service or at minimum spending some time at VA sites. It also doesn't help when the Republicans have a walk-out because of frustration. This is the job they chose to represent their constituents so "Get Over It" and learn appropriate negotiations with an adversarial person.

One other personal note. At my location, as I try to read Military.com, Armytimes online publications, they cater to so much push advertising that it's difficult to read the intended article. I know they have to make a buck but the saturation of push advertising has reached a level where I dread looking at these publication, but that could be just me?

The article that follows is the entire article without push advertising. ;)"

Calling it a crucial step to stem veterans suicide, top Veterans Affairs leaders have mounted an intense pressure campaign against a House Democratic committee leader to force a quick vote on legislation that would allow outside groups to provide some mental health intervention at taxpayer expense.

The effort has included personal lobbying from VA Secretary Robert Wilkie on behalf of the bill, unusual given the small, focused scope of the proposal and the high-level involvement in legislative process minutia.

But Wilkie, in a call with Military Times prompted by VA on the topic, said the moves are needed because of the importance of finding new suicide prevention solutions.

“We have an opportunity to get this all done before Christmas, to get started on helping veterans with this plan quickly,” he said. “But now, given what the majority (House Democrats) are doing, we’re at a standstill.”

House Veterans Affairs Committee leaders dispute that, saying the secretary is interfering with normal negotiations over bill language and drafting. In a statement, committee Chairman Mark Takano, D-Calif., said he remains “committed to reaching a bipartisan compromise on legislation to prevent veteran suicide before the Christmas break.”

He pushed back on accusations from the department that VA and Republican suggestions are being ignored, saying that conversations are ongoing and the final proposal language is not set.

At issue is a measure pending since this summer dubbed the IMPROVE Act, which would create a three-year pilot program awarding grants to community groups to provide direct outreach to veterans with mental-health struggles and little or no connection to traditional VA programs.

According to VA estimates, about 20 veterans and service members die by suicide each day. Of that group, about 14 are not using VA medical services or in contact with VA staffers.

The community mental health grants — modeled after veteran community housing grants that have received widespread praise from outside advocates — would cost less than $20 million over the next few years, a tiny percentage of the $77 billion VA spent on medical care in fiscal 2019.

But critics have expressed worries that the continued push from department officials for private-sector medical care options represents a worrisome trend towards shifting taxpayer dollars away from VA services.

Those concerns reached a boiling point last week during an open committee hearing on the bill. Takano peppered Wilkie with questions over the oversight limitations of the original proposal, frequently cutting off the cabinet official. Wilkie responded in turn, accusing committee leadership of ignoring widespread, bipartisan support for the idea.

At their core, all drafts of the legislation would provide grants of up to $500,000 to certain community groups for a range of intervention and support services. So far, 235 House members have co-sponsored the original bill, including 91 Democrats.

Both sides said after that Nov. 20 hearing that they believed a compromise was close. Two days later, Wilkie blasted Democratic leadership for making widespread changes to the legislation and ignoring Republican concerns.

“They’ve put in a matching funds requirement,” Wilkie said. “They’ve said these groups can no longer triage suicides unless they send veterans to a VA facility. They’ve cut out a lot of the smaller groups, which defeats the whole purpose of local intervention.”

A Republican committee staffer said minority party lawmakers were concerned with several changes made but “remain committed to continuing to work on a bipartisan way forward.” They are pushing a third draft of the bill, one that loosens limitations on which groups can get the money.

Democratic staffers have accused VA leaders of orchestrating a false controversy over the status of negotiations and going outside the normal legislative compromise process to push their own agenda. That includes several op-eds and press releases attacking Democrats for not embracing the original proposal, despite significant concerns from some veterans groups about the legislation. (Other advocates, such as AMVETS, have lobbied publicly for the bill).

They say changes made to the bill address serious concerns with the unfettered, loosely monitored grant process backed by VA, and are still up for potential changes as lawmakers work through the compromise process.

Wilkie accused committee leaders of shutting VA officials out of discussions on the bill. Committee staff alleges that VA officials not only skipped a meeting last week designed to do just that, but also refused to submit formal responses on questions about compromise language.

The tensions leave uncertainty over both the fate of the legislation and the future of committee operations. Earlier this month, Republican members walked out of a legislative mark-up over frustration with the progress on the IMPROVE Act and Takano’s unwillingness to allow open debate on several disputed amendments.

Takano said he is committed to another mark-up in the coming weeks. Both sides insist they are focused on finding a compromise, but are aware of the possibility of another walk-out, a rare display of discord among the typically bipartisan committee work.

Meanwhile, Wilkie suggested House members may consider using parliamentary procedures to force a full-chamber vote on the original bill, cutting Takano and the committee out of the veterans policy work.

Such a move would require a significant number of House Democrats to side with the administration over their own party, an unlikely scenario given the acrimony over impeachment at the moment.

Even if the measure passes the House before Christmas, Senate members would still have to approve the legislation before it would head to the White House to become law. Without fast action in that chamber, the fight over the outside mental health grants is likely to drag on into 2020.

If you or a veteran that was in crisis needed immediate help how quickly could you find the information provided as follows:

Veterans experiencing a mental health emergency can contact the Veteran Crisis Line at [login to see] and select option 1 for a VA staffer. Veterans, troops or their family members can also text 838255 or visit VeteransCrisisLine.net for assistance. 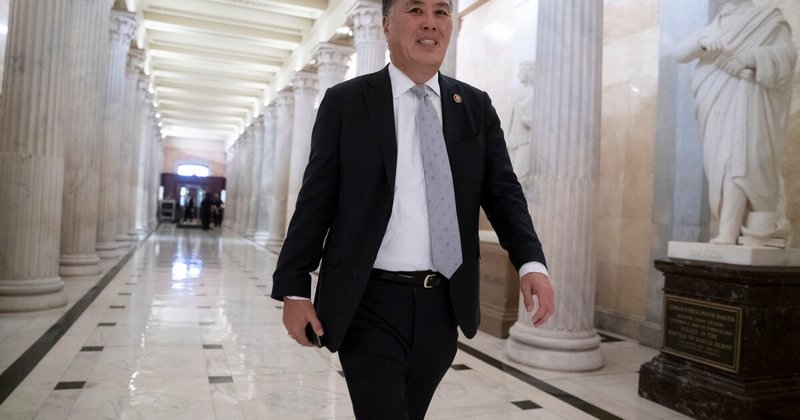 Lt Col Charlie Brown
Posted 1 y ago
It would go a long way if we pushed people to register for the VA before they separated or retired. I know that's a bit off topic but I am tired of reading about arguments.
(9)
Comment
(0)

SPC (Join to see)
1 y
It may be off topic but it's a good idea Lt Col Charlie Brown We still need to get all of the VA Healthcare facilities rated at the SAIL high score of 5. That includes the Mental Health care. Having Veterans commit suicide inside or outside the doors of the VA is not acceptable. Reading some of the events that led to these crisis events is disturbing at best and in some cases rise to medical malpractice.
(1)
Reply
(0)

SrA John Monette
1 y
I never heard a word when i was separating about any veterans' programs, registering with the VA, etc.
(1)
Reply
(0)

SSgt Richard Kensinger
Posted 1 y ago
Clearly, this is a tragedy to lose 20 of our brothers/sisters a day to suicide. And only 6 of those are seen at a VAC. Based on my research on clinical trauma dating back to WW Two, I understand some of the reasons for disengagement. I have released some of my findings to our local VAC, to no avail. And every suicide of someone being seen there is demoralizing and quite painful to all staff involved in their care. As the VAC does conduct psychosocial autopsies and root-cause analyses of these sentinel events, it should inform them in enhancing care. I have myself conducted these examinations at a large CMHC in my area to enhance our ability at predicting, and protecting, and preventing some of these tragedies.
Rich
(3)
Comment
(0)

SPC (Join to see)
1 y
LTC Gary Earls I could find nothing in his bio's or autobiography that said he served in the Armed Forces. Rep. (D) Mark Takano's career has all been about institutions (educator) or government.
(0)
Reply
(0)
Show More Comments
Read This Next
RallyPoint Home