Who Obama might nominate to replace Scalia on Supreme Court

SFC Joe S. Davis Jr., MSM, DSL
2K
20
12
4
4
0
WASHINGTON (AP) — Republicans are near-unanimous in demanding that President Barack Obama leave it to his successor to nominate a candidate to fill the Supreme Court seat of the late Justice Antonin Scalia. But the president insists he plans to come forward with a nominee — and that there's plenty of time for the Senate to weigh in.

That sets up what could be an epic election-year clash between Obama and Republicans who say they'll refuse to vote for his nominee, who could reshape the court for decades to come.

So who will Obama pick?

The White House had prepared for the possibility of liberal Justices Ruth Bader Ginsburg or Stephen Breyer retiring — but less so for a sudden vacancy of one of the court's staunch conservatives like Scalia, said a former administration lawyer with knowledge of current White House planning. Now the White House is scrambling to put together a "short list" of candidates to be fully vetted, said the former official, who requested anonymity to discuss private conversations. 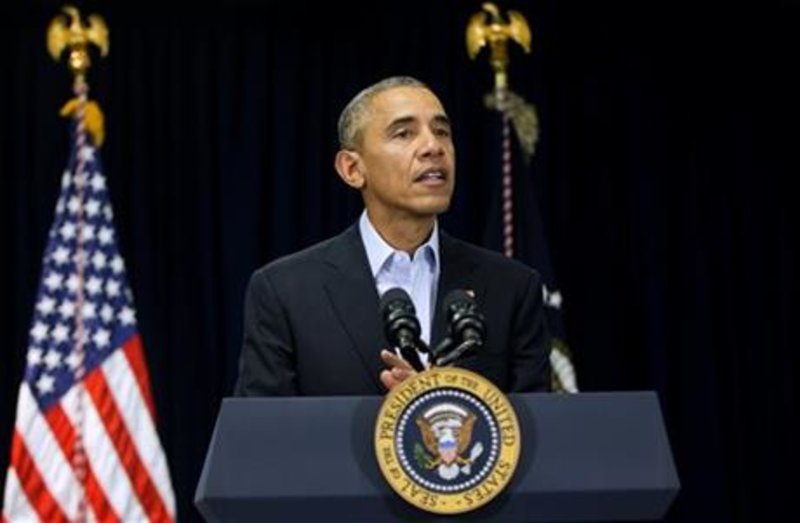 Who Obama might nominate to replace Scalia on Supreme Court

Posted from bigstory.ap.org
Posted in these groups:

Office of the President (POTUS)
Posted >1 y ago
Responses: 5

LTC Stephen F.
Posted >1 y ago
I think what the Republican majority will actually do is seriously evaluate any potential associate justices nominated by POTUS Obama SFC Joe S. Davis Jr., MSM, DSL.
If the nominee is somebody who believes that judges can reshape legislation or legislate from the bench then I think that nomination would be dead on arrival.
Similarly if somebody is nominated who does not have an extensive judicial record which indicates their judicial philosophy I would expect that nomination would also be dead on arrival.
(3)
Comment
(0)

LTC Kevin B.
Posted >1 y ago
President Obama will definitely nominate someone, and they will probably be a nominee who is a minority with impeccable credentials, and probably someone who the Senate has already confirmed for their current position, and most likely someone who is somewhat of a centrist in their legal ideology (and it may even be someone with connections to the GOP). Basically, I think he's setting a political trap for the GOP, while giving them an escape route.

If he nominates someone who is impeccably qualified, who the Republicans already voted for, who is not a liberal, and who possibly even has close ties with Republicans....and the GOP still blocks the nominee...then the GOP will fall right into his trap. He will be able to politicize this big-time, it will energize the Obama coalition of voters, voter turnout will be sky high, and the general election will probably go to Hillary and the Senate will revert to the Democrats. If they take the escape route, the GOP will allow the nominee to proceed, most will vote against the nominee (giving them political cover), but a small handful will vote for the nominee (the swing state Republicans). That small handful, combined with all of the Democrats (and possibly Biden as the tie-breaker), will be enough to get the nominee through the process. As a result, the Obama coalition doesn't get mobilized, and the GOP will have a more realistic chance at the WH and keeping the Senate.

People may hate Obama and his policies, but he's a clever politician with a ton of supporters. He has burned the GOP twice already in 2008 and 2012, and I wouldn't be surprised to see him try to do it again on his way out. I don't have a big preference for either party, but I love watching the political gamesmanship. I do prefer pragmatic, mainstream politicians and judges. So, if a centrist gets through the process, I'm happy with that. I think that's better than a hardline ideologue (from either side).
(2)
Comment
(0)
show previous comments

LTC Kevin B.
>1 y
PO2 Mark Saffell - I'll be surprised if that's who he nominates. Her nomination serves no political purpose other than to poke Republicans in the eye. I suspect he'll be more strategic and clever than that. I guess we'll find out soon enough.
(3)
Reply
(0)

PO2 Mark Saffell
>1 y
LTC Kevin B. He tends to look for ways to poke them in the eye. I never have understood why he would rather do that than to actually try working with everyone to get things done.
(0)
Reply
(0)

SGT Lou Meza
>1 y
In this case the president was poked in the eye first by the same Senator who poked him in the eye trying his best to make him a one term president .
(0)
Reply
(0)

LTC Kevin B.
>1 y
PO2 Mark Saffell - Career politicians are political creatures, so they love to play that "poke each other" game. On the one hand it's painful to watch, but on the other hand it's fun to watch the brinkmanship. I do agree with SGT Lou Meza though. President Obama came into office on a platform of working across the aisle, and in my opinion he tried (Exhibit A, he adopted their health reform policy). However, it has been well documented that the GOP decided before he was even inaugurated that they would deny him of that. From there, the relationship has only turned worse, and both sides helped shape that political reality.
(1)
Reply
(0)
Show More Comments
Read This Next
RallyPoint Home