WOW! Schiff Witness Morrison BLOWS UP Dem Conspiracy - Says He Was Concerned the Phone Call Would...

1stSgt Glenn Brackin
1.84K
117
31
27
27
0
YOU WON'T HEAR THIS ON THE MSM - - - Witness Morrison said, “I want to be clear, I was not concerned that anything illegal was discussed" - - - - WOW! Schiff Witness Morrison BLOWS UP Dem Conspiracy – Says He Was Concerned the Phone Call Would Be Leaked, But “Was Not Concerned That Anything Illegal was Discussed” - - - - by Jim Hoft - - - - October 31, 2019 - - - - <snippet> "As reported earlier by Cristina Laila, Tim Morrison, the National Security Council’s Senior Director for European Affairs appeared on Capitol Hill Thursday to testify in Schiff’s sham impeachment hearing.

Morrison, who was on the July 25 Trump-Zelensky call testified Thursday that nothing illegal was discussed.

This is why Schiff is conducting the hearings behind closed doors.


Schiff doesn’t want the American public to know that President Trump’s phone call with Ukrainian President Volodymyr Zelensky was completely above board.

“I want to be clear, I was not concerned that anything illegal was discussed,” Morrison said.

This is why Schiff is conducting the hearings behind closed doors. 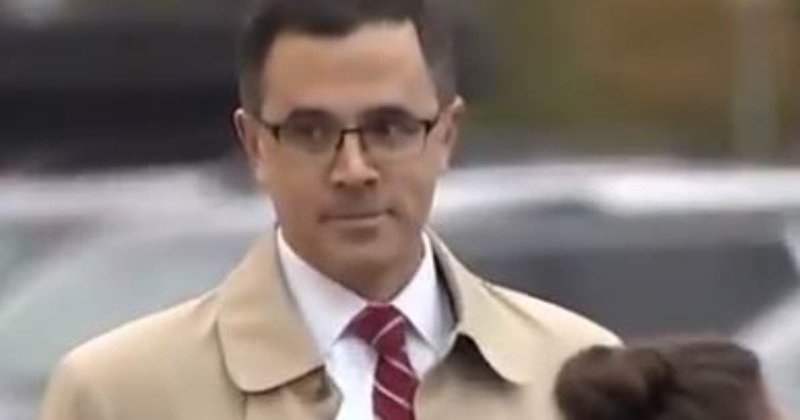 WOW! Schiff Witness Morrison BLOWS UP Dem Conspiracy - Says He Was Concerned the Phone Call Would...

Posted from thegatewaypundit.com
Posted in these groups:

Lt Col Charlie Brown
Posted 8 mo ago
The Democrats don't want this out...it doesn't support their narrative. And this is why the American Public will not support impeachment
(18)
Comment
(0)

SSgt Joseph Baptist
8 mo
This is why the Dems want an "impeachment inquiry" where they control what the Amrican citizens are allowed to hear and see, and can innuendo, lies, and half-truths to commit character assassination as a political ploy to influence the outcome of the election, rather than an actual impeachment, where the public has access to everything, and the accused has the ability to cross examine witnesses.
(3)
Reply
(0)

Sgt (Join to see)
Posted 8 mo ago
Adam Schiff is not an above board Congressman in my view... His beady eyes and demeanor always talk down, is super critical, lies and believes those lies. He does not belong in a congressional seat!
(16)
Comment
(0)
show previous comments

Schiff and other democrat congressmen are overplaying their hand and then some. They do not represent the views or beliefs of most of America and are trying to unseat a duly elected president with shady tactics and a secretive process that is completely unfair which is the only way they could do this.
(1)
Reply
(0)

SPC Michael Duricko, Ph.D
5 mo
He is the guy who should be impeached, along with his other lying cronies. If time backed up some 53 years and these people were in Congress, and I were back in Nam, I wouldn't hesitate to consider them our enemies! I love our Country, as you all do, and these people should love it in their hearts and honor it in their souls or LEAVE IT!
(0)
Reply
(0)

1SG (Join to see)
Posted 8 mo ago
Some witnesses, like this guy, are bound to see it one way. Other witnesses are bound to see it another way.
All of it is irrelevant.
What is relevant is how 218 Reps and 67 Senators see it, with a smattering of public perception.
The facts matter; these witnesses' opinions do not.
Neither facts nor opinions matter if your mind is already made up.
(12)
Comment
(0)