Your Religion Doesn't Dictate Your Political Party In America

PO1 William "Chip" Nagel
1.76K
75
56
11
11
0
"For half of my childhood, I often cloaked my Jewish identity. I kept my Star of David necklace in my jewelry box rather than risk being outed as a Jew.

I experienced the pain of anti-Semitism and sticking out because I was the only Jew, other than my two brothers, from fourth grade through high school. When my family moved to Findlay, Ohio, from western New York state in the middle of the school year, I was the only fourth grader who left my class at Van Buren Elementary for 30 minutes once a week, rather than stay for a Christianity class taught by a church volunteer. She beseeched us to sing praise songs, including “Jesus Loves Me.”

My school was blatantly violating the separation of church and state, but my parents’ complaint simply got me excused from the religious class. The school superintendent told my parents that the school board supported the class; the board wanted every child to get Christian values. The message I received was clear: Being Christian was equal to being American in our school and town". 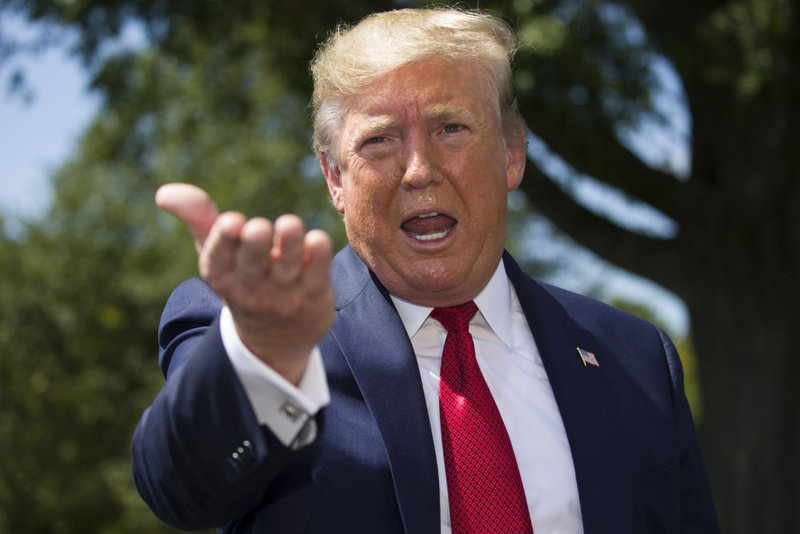 Your Religion Doesn't Dictate Your Political Party In America

CW5 Jack Cardwell
Posted 2 y ago
Everyone wants the state to be separated from religion but all religions want to impose their beliefs on the state's.
(8)
Comment
(0)
show previous comments

SSgt (Join to see)
2 y
MSgt Dave Hoffman no need to get angry. If that is all you are going to pull from my response, we are at an impasse. Not unsurprising given the topic we are discussing though. I’m 99.9% certain if this conversation was in person, you would see what I was trying to do.

All I’m encouraging is to look at how our beliefs impact others. There are direct and indirect consequences of our beliefs. Instead, I would much rather live in a world where, aside from violating someone else’s rights, we let ourselves determine what we feel is right and apply that to ourselves.

Case in point, I won’t eat at Chik-fil-A due to them donating to anti-LGBT groups. I won’t chastise others who eat there though because that is my own decision. I don’t like abortion, but I’m not going to force that on anyone else or not vote for someone based simply on a single issue. I would much rather look at the big picture.

I guess the easier way to sum it up, I’m a live and let live type of person.

The left is set in trying to change people’s minds and that isn’t effective. The right is stuck with sticking to whatever they learned growing up it seems. Somewhere in the middle there is a way to actually move forward and not be the laughing stock of the earth.
(1)
Reply
(0)

MSgt Dave Hoffman
2 y
SSgt (Join to see) - Well, religion was something absent in my house growing up. But learning Civics, and History, and what the Constitution actually says was quite common. "Laughing stock of the earth"? who's laughing at us?
(0)
Reply
(0)

MSgt Dave Hoffman
2 y
SSgt (Join to see) Oh, I should mention that Capt Prickett has an outstanding talent for making decisions on my thought processes based on nothing.
(0)
Reply
(0)

Capt Gregory Prickett
2 y
SSgt (Join to see) - David has posted memes that the left supports "killing babies" while holding that building a wall is immoral. I have plenty of information on his thought process. If he's telling you that he doesn't want to ban abortion for others, he's lying.
(0)
Reply
(0)

1SG (Join to see)
Posted 2 y ago
As an Atheist. I cant be bought by any party strictly on religion. Issues matter and action matters. They want to impress me, they can put their money where their mouths are.
(6)
Comment
(0)

LCDR Joshua Gillespie
Edited 2 y ago
Posted 2 y ago
There's a lot to unpack here, and it really is NOT as simple as all that...but here goes nothing.

Some pretty smart guys named Jefferson, Hamilton, Franklin, etc. had a problem a couple of centuries ago...They had just (barely) won their independence from Great Britain, and had to find a way to keep thirteen individual "colonies" organized into a union of "states". As much as 3/4 of the Colonial population hadn't initially supported the Revolution...with somewhere around 70,000 or so loyalists electing to leave the continent to return to England in the aftermath. Those who stayed, and defended or embraced the new Republic were no doubt concerned where the new government of the same would stand on the issue of "state religion". In Europe, King George III was titular head of the Church of England. In Imperial Russia, Catherine the Great ruled autonomously with full support of the Russian Orthodox Church. In France, Louis XVI, in conjunction with Charles III of Spain, stood as two of the last great monarchs aligned with the Roman Catholic Church...itself "ruled" by the Pope in Rome. Along the New England coasts were the descendants of Puritans who fled England and the notion of a church led by a monarch, rather than God alone. In the Tidewater colonies were Quakers whose ideologies embraced notions that ran contrary to both the loyalty demanded by kings, and the revolutionary fervor demanded by the Continentals. There were Catholics, Anabaptists, Calvinists, Shakers, Methodists, hangers-on to the Anglican tradition who would become the Episcopalians, Jews, probably a few Moslem adherents...you name it.

There were even noted revolutionaries who embraced the more controversial views of Deism, Agnosticism, and possibly Atheism (though by any account, the latter were not the leading voice).

What they came up with, was the 1st Amendment; a simple statement than enshrined a great many of our most important freedoms. Key among them, was the right to approach the question of belief in God on one's own terms...free from any sort of "established" state religion, or legal interdiction upon any by the state.

That's worked pretty well for nearly two and a half centuries. It's survived a second invasion by Great Britain, a Civil War, multiple periods of conflict, including two World Wars, and an ongoing, persistent war against radical Islam dating back to our earliest history as a nation, and culturally...much further back than that.

What seems to be threatening it now, more than anything before, is freedom itself.

Freedom comes with responsibility, and I fear that as a society, we're losing our sense thereof. We seem willing to surrender ever increasing levels of our personal accountability to the State; I'm not sure if that's because we've grown weary of debate, or have compromised so much, that what's left are the things no compromise is possible upon. Either way, the real tragedy here would be overturning the intent of the 1st Amendment, and permitting government to pass laws that alternatively favor, or prohibit specific religious ideologies.

I vote Republican, despite the inconsistencies within their "platform" with many of my personal religious beliefs...because I believe, ardently, that the Democratic Party wishes to redefine much of the Constitution...to include the 1st Amendment. I believe they are using keystone issues, such as abortion, and LGBT "rights" to slowly, inexorably, and intrusively paint Judeo-Christian beliefs as being incompatible with their own secular "religion" of Progressive ideology. I am equally convinced, that eventually, their aims will be nothing less than legislation which will limit, if not prohibit, open practice of, or adherence to, orthodox Christian doctrine. Furthermore, I suspect that many supporters of the Democratic Party believe that given enough time...Christianity will "die" a natural death, or alternatively, spark an eventual rebellion justifying application of force to suppress, and/or eradicate it.

So yes...I'll vote for the orange-faced impresario, or the latest in the long chain of aristocratic scions who will defend the Constitution, as written...in hopes that eventually, we'll get a candidate whose heart, mind and soul is worthy to the task of national leadership. The alternative, as I see it, is to allow the voice of resentment, moral decay, and tyranny to slowly drown out any semblance to the song of true freedom.
(5)
Comment
(0)

Capt Gregory Prickett
2 y
Many types of fundamentalist religions are incompatible with a secular government. That includes fundie branches of Christianity, Judaism, and Islam.
(0)
Reply
(0)

LCDR Joshua Gillespie
2 y
Capt Gregory Prickett -That's why the 1st Amendment is so important, and so (in my opinion) genius. We do not have a "state" religion, but neither can we be compelled by the state to abandon religion.
(0)
Reply
(0)

Capt Gregory Prickett
2 y
LCDR Joshua Gillespie - nor can we be compelled to participate in religion.
(0)
Reply
(0)
Show More Comments
Read This Next
RallyPoint Home