Capt Marty Hogan
1.01K
38
7
20
20
0
Joe Henry Engle (born August 26, 1932) (Maj Gen USAF, Ret.) is an American pilot, aeronautical engineer and former NASA astronaut. He was the commander of two Space Shuttle missions including STS-2, the program's second orbital flight. He also participated in the Shuttle program's Approach and Landing Tests. Engle is one of twelve pilots who flew the North American X-15, an experimental spaceplane jointly operated by the Air Force and NASA.

As an X-15 pilot, Engle made three flights above 50 miles, thus qualifying for astronaut wings per the American convention for the boundary of space. In 1966 he was selected for NASA's fifth Astronaut Group, joining the Apollo program. He was the backup Lunar Module Pilot for Apollo 14 and originally scheduled as LMP for Apollo 17. However cancellation of later flights prompted NASA to select geologist-astronaut Harrison Schmitt as LMP, displacing Engle.

Engle is an experienced spaceplane operator and the last living X-15 pilot. 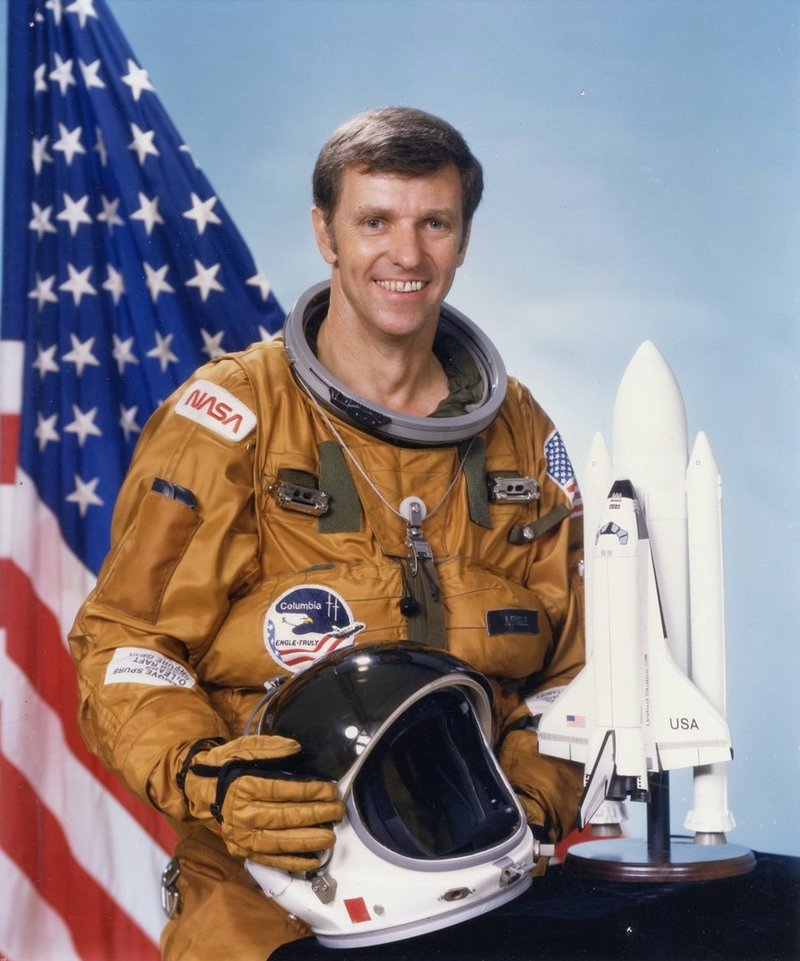 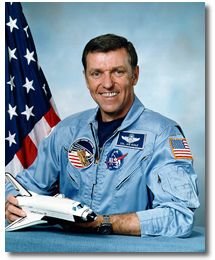 Thank you, my friend Capt Marty Hogan for making us aware that August 26 is the anniversary of the birth of American pilot, aeronautical engineer and former NASA astronaut Joe Henry Engle who "was the commander of two Space Shuttle missions including STS-2, the program's second orbital flight.

Background from nasa.gov/sites/default/files/atoms/files/engle_joe.pdf
"MAJOR GENERAL JOE H. ENGLE USAF / AIR NATIONAL GUARD, RET. NASA ASTRONAUT, RET. Major General Joe H. Engle is retired from the Air National Guard, the United States Air Force, and the NASA Astronaut program. He was married to the late Mary Catherine Lawrence of Mission Hills, Kansas and has two grown children and two grandchildren. He is now married to Jeanie Carter Engle of Houston, Texas and has one stepchild. He is currently an engineering consultant and technical advisor on space vehicles and space operations, and is serving as Technical Advisor to NASA’s International Space Station Advisory Committee. He is also a consultant-spokesman for Bushnell Performance Optics.

General Engle was born 26 Aug 1932 in Dickinson County, Kansas, and graduated from the University of Kansas with a Bachelor of Science degree in Aeronautical Engineering in 1956. He received his commission through the Air Force ROTC program at the University of Kansas and entered USAF flying school in March 1956. General Engle served with the 474th Fighter Day Squadron (later re-designated the 309th Tactical Fighter Squadron) flying F100’s at George AFB, CA. In 1960 he was selected for the USAF Test Pilot School and the USAF Aerospace Research Pilot School (commanded by then Col. Chuck Yeager) at Edwards AFB, CA. Upon graduation he was assigned to the Fighter Test Branch at Edwards AFB where he flew numerous and varied flight tests on century series fighters. In 1963 Captain Engle was assigned as one of two Air Force test pilots to fly the X-15 Research Rocket aircraft. On 29 June 1965 he flew the X-15 to an altitude of 280,600 feet, and became the youngest pilot ever to qualify as an astronaut. Three of his sixteen flights in the X-15 exceeded the 50-mile (264,000 feet) altitude required for astronaut rating. In March 1966, Engle was one of 19 pilots selected for NASA space missions. He was the back-up Lunar Module Pilot for the Apollo 14 mission, and was to fly to and walk on the moon on Apollo 17 until budget cuts canceled the last 3 planned Apollo flights. From June through October 1977, General Engle was the commander of one of two crews that flew the initial Space Shuttle “Enterprise” Approach and Landing Test flights. The Space Shuttle was flown off the top of a modified Boeing 747 for a 2 ½ minute glide test flight from 20,000 feet to landing. On 12 Nov 1981, General Engle commanded the second orbital test flight of the Space Shuttle “Columbia”, launched from Kennedy Space Center, FL. On this flight he became the first and only pilot to manually fly an aerospace vehicle from Mach 25 to landing. The general served as Deputy Associate Administrator for Manned Space Flight at NASA Headquarters from March to December 1982. He retained his flight astronaut status and returned to Johnson Space Center in January 1983. General Engle was Commander of Space Shuttle “Discovery” on flight 51-I which launched from Kennedy Space Center on 27 Aug 1985. The crew deployed three communications satellites, and performed a successful on-orbit rendezvous and manual repair of the disabled SYNCOM communications satellite. General Engle has flown over 185 different types of aircraft including 38 different fighter and attack aircraft. He has logged more than 14,700 flight hours – 9,900 in jets and over 224 hours in space. His military decorations include the Department of Defense Distinguished Service Medal, the Air Force Distinguished Service Medal, and the Air Force Distinguished Flying Cross with Oak Leaf Cluster. He has also been awarded the NASA Distinguished Service Medal, NASA Exceptional Service Medal, and NASA Space Flight Medal with device.
National Aeronautics and Space Administration Biographical Data Lyndon B. Johnson Space Center Houston, Texas 77058 Other awards include the Harmon International Aviation Trophy, the Collier Trophy, the Goddard Space Trophy, the Gen. Thomas D. White Space Trophy, and the Kinchelow Experimental Test Pilot’s Trophy. In 1964, he was selected as the USAF Outstanding Young Officer of the Year. That same year he was named one of the Ten Outstanding Young Men of America by the U.S. Junior Chamber of Commerce. Later that year he was named Kansan of the Year. In 1982 he received the University of Kansas Distinguished Service Citation, (the highest honor the University of Kansas can bestow upon an individual), and that same year, he received the University of Kansas School of Engineering Distinguished Engineering Service Award. He has been inducted into the Kansas Aviation Hall of Fame, the Astronaut Hall of Fame, and in 2001 he was one of four aviation pioneers enshrined into the National Aviation Hall of Fame. In his last active duty military assignment, General Engle was the Air National Guard Assistant to the Commander in Chief, United States Space Command and North American Air Defense Command, with Headquarters at Peterson Air Force Base, CO. As “Test Pilot Emeritus” of the USAF Test Pilot School, he remains active in flying, including current jet fighter aircraft, and is also an avid outdoor sportsman and wildlife enthusiast. JUNE 2009 This is the only version available from NASA.
Updates must be sought direct from the above-named individual"