What is it like being an MP commissioned Officer in the Army? Day to day life? As well as deployments?

Honest answer? As a PL, most days my Army life starts around 6AM doing a run or something else for PT with my PT failures. Right after that is the company leader's meeting, then the day consists primarily of reading other people's paperwork, checking the maintenance binder, taking a walk to make sure my soldiers aren't goofing off, going back to my office to tighten up the next couple month's training plans, having a lunch-time powwow with my squad leaders and PSG to make sure what I scheduled for the day is actually getting done. After lunch it's back to the training plans, another walk to go check on squad/team level training and figure out who needs work on what tasks to get them up to speed before spot checking the PMCS from the morning. Late afternoon is the company training/retention/leader's meeting with the boss, XO, other PLs and the PSGs before we release soldiers for the day somewhere between 1600-1900. The next day reads pretty much the same, but it's mandatory briefings on something like resiliency instead of squad and team training in the afternoon. Range days are usually similar, but replace PMCS and squad training with supervising how my NCO's are running the range all day and doing my planning out of a notebook. And as busy as all that sounds, once you get into the groove of it, you'll wind up with a lot of extra time that you'll figure out how to fill with other tasks.

On staff? Get rid of all that PT, ditch watching and supervising training and learn to love coffee, OPORDs, briefing the Colonel, getting yelled at by higher because you told them they can't interfere in an investigation and lots and lots of being incredibly bored yet highly stressed. That's how a staff deployment works too.

For the most part, especially if you have more experienced and capable NCO's, the majority of your time is going to be spent thinking ahead to put things in place for them to run; or watching them do their thing. A well-trained MP platoon can pretty easily survive the loss of it's PL for quite a while since we operate primarily as squads. Your job is mainly to make sure that you've planned and prepared well enough for that possibility to be a minor speed bump instead of a disaster. My personal motto is that a good day in the Army for me, is a day where the difference between my showing up and not showing up; was that I showed up. It means I did what I was supposed to ahead of time.
(4)
Comment
(0)

CPT (Join to see)
Posted >1 y ago
It depends on what unit you get assigned to. If you’re in a detention unit, the day to day will be significantly different than if you’re in a combat support unit. The OPTEMPO for MPs in combat support units is traditionally very rigorous. When I was a PL at Leavenworth, we did nothing but work shift in the prison. I handled admin issues at the company HQ and worked a shift in the prison every so often to cover down, but I never got to do a collective training event in the 18 months I was a PL.

As a company commander for a “line” company at Fort Riley, my company’s primary mission is to work the road. We share the road responsibility in cycles, with each company working about 6 months at a time as the primary LE force with backfill from other companies as needed. The LE detachment handles the more traditional police positions like Desk SGT, traffic, MPI, etc.

My lieutenants are currently working the road as watch commanders in addition to the traditional platoon leader duties that you would have in any other unit.

Being an MP officer is a challenging and mostly thankless job, but there is nothing else like it in the Army. You will get to be “good enough to be dangerous” at a wide variety of things, from investigations to detention to maneuver/security support roles to LE/Policing.
(3)
Comment
(0) 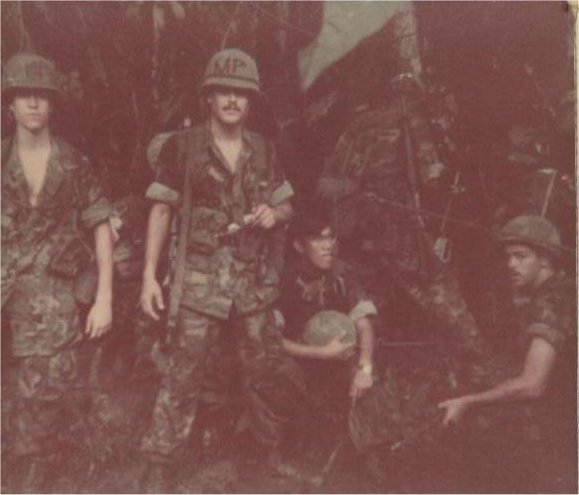 Don't know about commissioned but here is a picture of two MP's attached with us infantry while in the jungles of Panama. Their assignment with our platoon was to secure all that were captured by us infantry. 82nd ABN 505th Inf. out of Bragg.
(3)
Comment
(0)
Show More Comments
Read This Next
RallyPoint Home