LTC (Join to see)
1.71K
157
41
22
22
0
The Canadian Liberals and media do call them irregular migrants because in Canada calling them Illegal Alien is Verboten. It is considered racist even if they are White people. This Canadian story may confuse some here so I am putting in the context here. We soldiers consider the word 'irregular' to be a militia or a guerilla person in a combat zone.

These caravans have been coming since 2016. The promises of fast-tracking Migrants has now picked up to 9000 people marching North. Mexico will try to stop them.

The stories are not telling the whole story. There is human suffering happening because of this.

I saw a live Blogger from Mexico reporting 6 Guatemalan security agents are in critical condition after clashing with the caravan.

Hondurans and Guatemalans are being hurt.

Soon to be President Joe Biden is encouraging them to come North.

The caravan started in San Pedro Sula last week with 250 people and now it's up to 9000.

It's OK to travel cross-country seeking political asylum or Economic refugee status in the USA during this coronavirus Pandemic but it's not OK to go out to dinner or to visit friends. The Guatemalan government has asked for those migrants to have Covid 19 test results and ID. It is only in the USA where it is considered racist to have ID when those Governments require ID for every single adult.

Oscar Blue on YouTube is a Mexican who speaks excellent English and has commentary and interviews with Mexicans and others describing the caravan on its way to the US border. 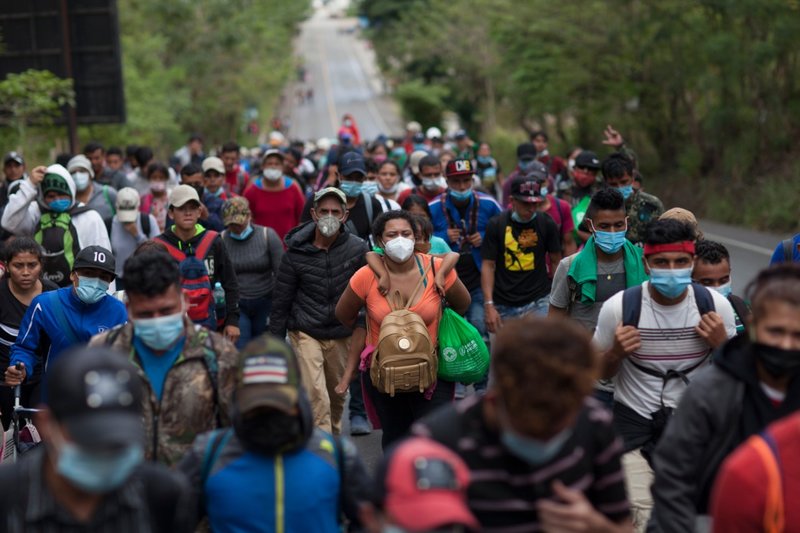 Posted from beta.ctvnews.ca
Posted in these groups:

Subscribe to our channel! rupt.ly/subscribeThe Guatemalan police and army used tear gas to try to prevent the march of the Honduran migrant caravan on its wa...

Thank you my friend LTC (Join to see) for making us aware. Hopefully Guatemala will be successful in blocking this migrant caravan and Mexico will be able to block any that get through.
I am glad that the 'Guatemalan government has asked for those migrants to have Covid 19 test results and ID.'
It is unconscionable if The incoming administration is inviting people to come en-mass to our southern border while so many states have locked down citizens.

Guatemalan soldiers clashed with migrants from Honduras on Sunday after part of a caravan of as many as 9,000 people was held by authorities near where it ha... 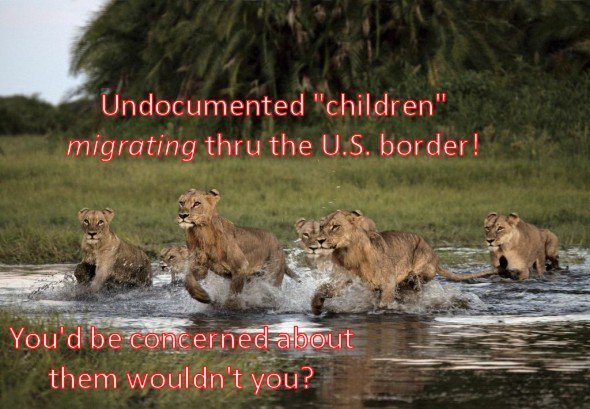 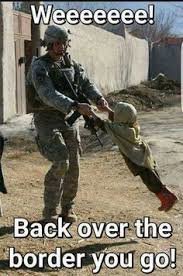 LTC (Join to see)
1 mo
This was an awesome but Sad video. Honduras is so poor that prior to the Pandemic, Engineer Guard units would sometimes use Honduras as a means to construct something like a small Dam to help out the people.
(2)
Reply
(0)

MAJ Dale E. Wilson, Ph.D.
Posted 1 mo ago
The Biden people should be proud. By welcoming migrant processions during this pandemic they will create hordes of new Democrats to bolster their ranks.

But at what cost to the people of the nations in between? How many deaths and injuries? How much human suffering along their contested route?

And for what? So they can come here to get free housing, health care, education, and food--paid for from our own dwindling resources at the expense of those of us who are already here.

It's yet another progressive ponzi scheme.

Sooner rather than later, the chickens will come home to roost. . . .
(8)
Comment
(0)
show previous comments

Capt Gregory Prickett
1 mo
Nancy, you learned English--did you learn any of the languages of the natives? My grandfather was taken from the Rez and shipped to an Indian School. He was beaten and punished if he spoke his own language. He had his hair cut off. And when he finished school, he was sent to Oklahoma, to work at the Kiowa Agency, over 1000 miles from his home and family.

PO1 Kevin Dougherty
1 mo
SPC Nancy Greene - Indeed it is ... However my intent was to point out that the Capt's meme may have been politically correct, it was historically invalid.
(3)
Reply
(0)

Capt Gregory Prickett
1 mo
PO1 Kevin Dougherty - whether it could have been written or not when they got here, the language was still the same.
(2)
Reply
(0)

SSgt Joseph Baptist
Edited 1 mo ago
Posted 1 mo ago
I keep heairng every gathering of non-leftists in our country described as a dangerous "super-spreader" event for Covid, yet here we have thousands of people with no medical or other records, corwded together in their "caravan" as they approach our borders, and out President-Elect is encouragiung - no, let's use the current langauge - President elect Biden is INCITING these people to illegally and criminally INVADE our nation, with complete disregard for the healkth and safety of the American people.

But we can't gather in a bar or restaurant, or even have extended family over to the house for a meal.
(6)
Comment
(0) 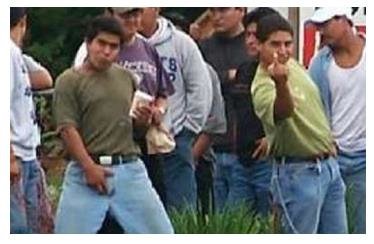 This is Pretty Much Bidens Attitude....
(3)
Reply
(0)
Show More Comments
Read This Next
RallyPoint Home