PO1 H Gene Lawrence
762
238
54
38
37
1
I just received this in an email from a friend today and thought y’all may be interested in reading it. I found it very informative and intriguing!

No matter which side of the fence you are on this is interesting.

These numbers are prima facie evidence as to why every president that we have had in our lifetime was incapable of running the country successfully. I submit that even with 50% having been in business, it is simply not enough for our country's problems to be addressed with solutions that work of RATs any one of whom would make things even worse. I hope you are including DJT in your daily prayers, because if he fails to be President for the next five years, we may never be the same again at any time in the future save an armed revolution, and today, even that would be an iffy proposition.

These numbers help explain why these last eight years prior to DJT were disastrous for the USA. I read the last item and then looked at Trump's Cabinet. No wonder Washington, DC is in turmoil. Trump's picks are bosses who expect their employees to work. These are Eye Opening Numbers. This is what bothers a lot of people about Trump. He won't accept a can't do attitude, or inexperienced, incompetent performance. He will get results; it just might not be smooth or pretty.

Here are some amazing stats: Make sure you read to the bottom. An eye-opener!

1. These 10 States now have more people on welfare than they do employ!

2. Last month, the Senate Budget Committee reports that in fiscal year 2012, between food stamps, housing support, childcare, Medicaid and other benefits, the average U.S. Household below the poverty line received $168.00 a day in government support.? What's the problem with that much support?? Well, the average household income in America is just over $50,000, which averages out to $137.13 a day.

3. Check the last set of statistics!!

Here are the percentages:

This helps explain the bias, if not the incompetence, of the last administration: ONLY 8% of them have ever worked in private business!

That's right! Only eight percent - the least, by far of the last 19 presidents! And these people tried to tell our corporations how to run their businesses?

How could Obama, president of a major nation and society, the one with the most successful economic system in world history, stand and talk about business when he's never worked for one?? Or about jobs when he has never really had one? And, when it's the same for 92% of his senior staff and closest advisers? They spent most of their time in academia, government, and/or non-profit jobs or as "community organizers."

You might want to pass this on, because we'll NEVER see these facts in the mainstream media, or from the alphabet 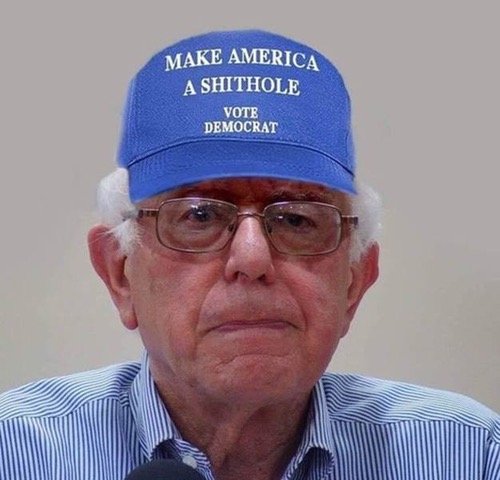 CPT Jack Durish
Posted 10 mo ago
Arnold Schwarzenegger's term as governator of California soured me on the idea of businessmen being able to govern. He was a helluva a good businessman. Smarter than any in the Kennedy family into which he married. But he didn't know crap about governing. He saw California's problems and offered what promised to be excellent solutions to them. Sadly, he tried to sell them as he had succeeded in selling his image as an entertainer and failed with the legislature. He then offered them to the people in the form of ballot referendums and failed there too. Thus, Donald Trump wasn't even a blip on my radar when he announced his intention to run for President. I only voted for him because he was the last man standing on the GOP side and the Democrats were offering the head of a criminal family. I suspected that given time and a fair chance he might succeed. If Trump the businessman and entertainer had demonstrated anything it was the fact that he could figure out how to succeed. Well, he hasn't been given time or chance and yet is learning and succeeding in some areas of governing. Inasmuch as it looks likely he'll be reelected, he could turn around more of these numbers.
(18)
Comment
(0)

PO1 H Gene Lawrence
10 mo
But unfortunately, we will until voters wise up and get rid of the deadwood.
(6)
Reply
(0)

SPC Stewart Smith
10 mo
It's not true. 9/10 states in the top ten for receiving federal aid are red states. The one blue state is new mexico, not california.
https://taxfoundation.org/federal-aid-reliance-rankings/

Which States Rely the Most on Federal Aid? | Tax Foundation

State taxes aren't the only source of state revenue. How much does your state rely on federal aid? How does state federal aid reliance compare nationally?