On this day in 1892, the future Elizebeth Friedman is born. Elizebeth would go on to become an expert codebreaker, even cracking Nazi and Japanese spy codes during World War II. She’s been called “America’s first female cryptanalyst.”

Oddly, it all began with a love of Shakespeare.

As a 23-year-old, Elizebeth was visiting Newberry Research Library in Chicago because she wanted to see an old Shakespeare manuscript. The visit met with a surprising end: She was recruited to a job offered by tycoon George Fabyan. He wanted to prove that Sir Francis Bacon was the true author of Shakespeare’s plays.

A cipher contained within the plays would reportedly solve the mystery.

Elizebeth’s new job taught her the art of codebreaking, but it also introduced her to her future husband and partner in cryptology, William Friedman. The two were married in 1917, shortly after the United States entered World War I.

Fabyan’s lab was then the only cryptologic laboratory in the country, so perhaps what followed is unsurprising. Fabyan loaned his staff to the War Department for a period of time—and the Friedmans got even more experience in codebreaking.

They would soon move to Washington D.C. to work for the War Department, directly.

“So little was known in this country of codes and ciphers when the United States entered World War I, that we ourselves had to be the learners, the workers and the teachers all at one and the same time,” Elizebeth would say.

But the War Department wasn’t Elizebeth’s final stop. Instead, she went to work for the United States Coast Guard in 1925, deciphering coded messages from rum runners. Her only tools, the Coast Guard website marvels, “were a pencil and paper.” She initially had just one clerk. But she soon persuaded the Coast Guard to give her a team of analysts.

She trained them herself.

Elizebeth worked against international smuggling and drug running. On one occasion, she solved a complex Chinese enciphered code, despite her lack of familiarity with Chinese characters. Her ability to crack the code ensured that a drug smuggler was brought to justice.

In 1933, she testified at the trial of international smugglers whom she’d helped to catch. “Mrs. Friedman made an unusual impression,” one observer wrote. “Her description of the art of deciphering and decoding established in the minds of all her entire competency to testify.”

In one notable incident, she helped to bring down Velvalee Dickinson, a notorious spy. Dickinson had corresponded with Japanese agents using her doll store in New York as cover. Better yet, Elizebeth’s team was instrumental in breaking the code used by the Germans’ notoriously complicated Enigma machine, and it also put a German spy ring in South America out of commission.

“In the 1970s, when her husband’s important role against enemy cryptography before and during World War II was declassified,” a U.S. Navy website concludes, “he became the more noted of the two. . . . [Today] we realize that both were important to American national security and that Elizebeth Friedman had a unique role in law enforcement.”

Perhaps bringing both their careers full circle, Elizebeth and her husband collaborated on one final project before his death in 1969. They completed a book in which they determined that Shakespeare did, indeed, write his own plays.

Naturally, the Friedmans buried a cipher within their book. That cipher proclaims: “I did not write the plays. F. Bacon.” 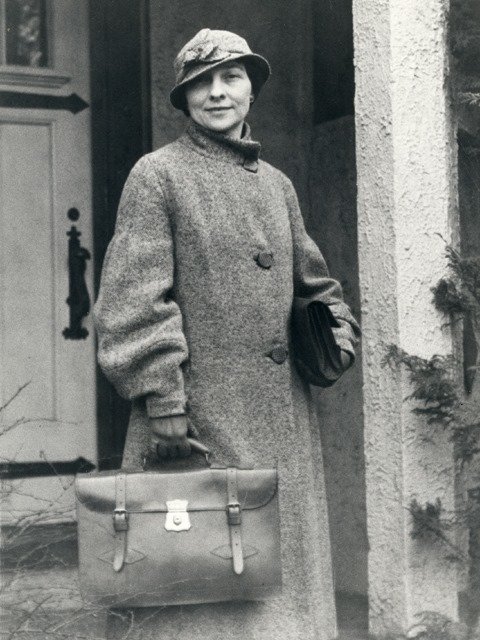 SPC Margaret Higgins
2 mo
Lt Col Charlie Brown: Our Most Beloved Charlie, I thank thee; beyond compare; for your mentioning my name; first; in your Very HONORING list of names.
(5)
Reply
(0)

SMSgt David A Asbury
2 mo
I bet you father could tell you some impressing stories of life back then on a sub.
(2)
Reply
(0)