Maj William W. 'Bill' Price
624
109
16
22
22
0
Good morning and Happy Independence Day, Rallypoint. Today's Astronomy Picture of the Day (APOD) is titled "The Face on Mars." The Viking 1 Orbiter spent its Independence Day 1976 surveying the planet Mars for a suitable landing site for Viking 2 Lander. This image was captured July 31, 1976, and became known as "The Face on Mars." The picture was taken from a distance of 1,873 kilometers (about 1,160 miles), and the rock mesa 'face' is one mile across. With the Sun at a 20-degree angle, shadows help create the illusion of a human visage. The 'speckled' photo is due to errors in transmission of data from Mars to Earth, and highlights the face-like features even more. 1976 was forty-five years ago. Seems like yesterday. 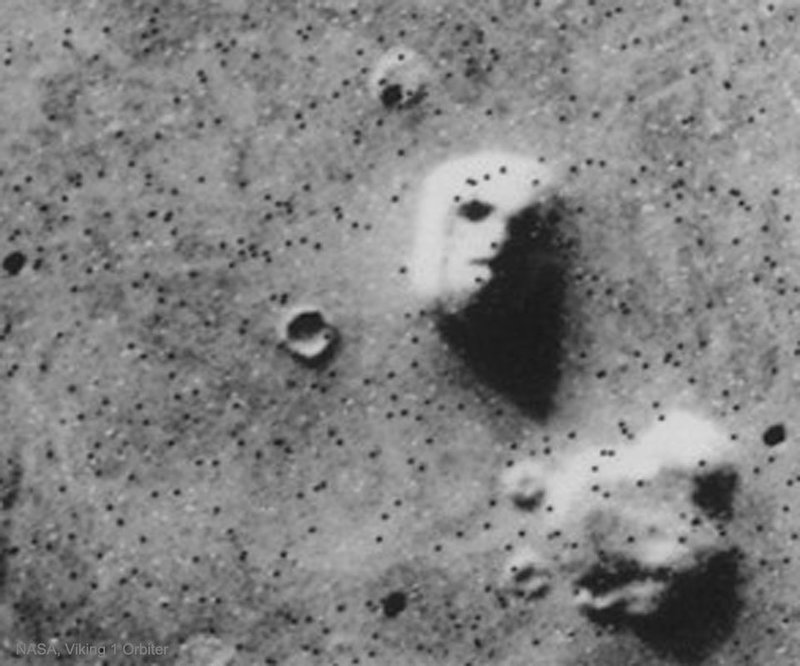 Thank you my friend Maj William W. 'Bill' Price for posting the NASA Astronomy Picture of the Day (APOD) for Sunday, July 4, 2021 entitled "The Face on Mars."

I expect the 'man in the moon' might be envious of this upstart 'Face on Mars' :-)
It is nice-to-know the writers at APOD have sense of humor

1. David Bowie rhetorically asks Is there life on Mars ?
2. Per Elton John in Rocket man 'Mars ain't the kind of place to raise your kids. In fact it's cold as hell"

APOD background
"Explanation: Wouldn't it be fun if clouds were castles? Wouldn't it be fun if the laundry on the bedroom chair was a superhero? Wouldn't it be fun if rock mesas on Mars were interplanetary monuments to the human face? Clouds, though, are floating droplets of water and ice. Laundry is cotton, wool, or plastic, woven into garments. Famous Martian rock mesas known by names like the Face on Mars appear quite natural when seen more clearly on better images. Is reality boring? Nobody knows why some clouds make rain. Nobody knows if life ever developed on Mars. Nobody knows why the laundry on the bedroom chair smells like root beer. Scientific exploration can not only resolve mysteries, but uncover new knowledge, greater mysteries, and yet deeper questions. As humanity explores our universe, perhaps fun -- through discovery -- is just beginning."

Elton John - Rocket ManLyrics:She packed my bags last night pre-flightZero hour nine a.m.And I'm gonna be high as a kite by thenI miss the earth so much I mi...