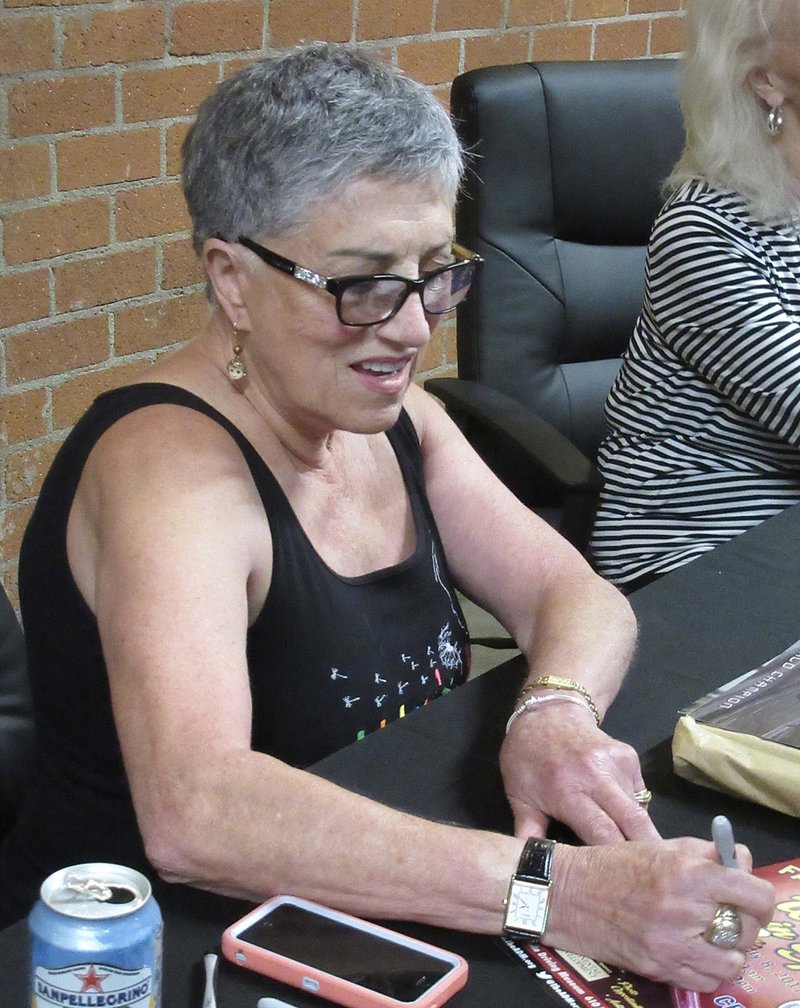 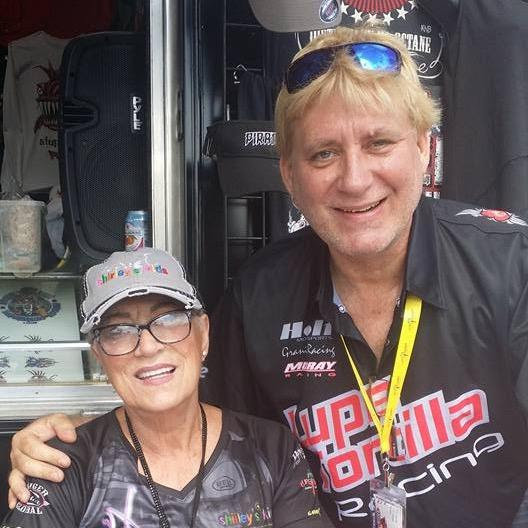 Shirley Muldowney guest on Johnny Carson just after the 1986 Winternationals

Thank you my friend Capt Marty Hogan for making us aware that June 19 is the anniversary of the birth of American auto racer Shirley Muldowney also known professionally as "Cha Cha" and the "First Lady of Drag Racing."
Sadly her son John Muldowney died of a blood clot Thursday in Springfield, Missouri on April 27, 2017 at age 59.
It is always tragic when a child dies before the parents.
Image: 2017 (or earlier) Shirley with her son John Muldowney on his birthday February 2

Synopsis
Shirley Muldowney was born on June 19, 1940, in Burlington, Vermont. The first woman to be licensed by the National Hot Rod Association and the first to drive a top fuel dragster, Muldowney is known as the "First Lady of Drag Racing" (and sometimes as "Cha Cha"). Winning 18 NHRA national events during her career, Muldowney retired in 2003 and published her memoir Tales from the Track in 2005.

Early Life
Shirley Muldowney was born Shirley Roque on June 19, 1940 in Burlington, Vermont, to Belgium Benedict and Mae Roque. The family moved to Schenectady, New York, where Shirley grew up with her older sister. Their mother worked as a laundress and father as a cab driver. Belgium was also a boxer, and is credited as instilling a sense of toughness in his petite daughter.
Shirley fell for avid car racer Jack Muldowney and married him at age 16, dropping out of high school; after two years, they had a son, John. Shirley soon found herself taking to the racing scene as well, learning to drive from her husband and then entering matches in her area. With Jack working on car upgrades that would allow for higher speed, Shirley honed her skills as a competitor in a male-dominated field.

Racing Career and Championships
In 1965, Shirley Muldowney became the first woman to receive a license from the National Hot Rod Association to drag race professionally, after forming a coalition with other women racers that included Judi Boertman and Della Woods. By the early 1970s, Muldowney was a no-nonsense contender in "funny car" races (so named because the vehicles are designed radically different from conventional cars for racing purposes), and was able to reach speeds of more than 200 mph, making the finals of the NHRA Nationals in 1971. She and Jack divorced, and she moved to Michigan to be more in the mix of the sport.
By the mid-'70s, Muldowney had won the NHRA Spring Nationals, becoming the first woman to do so, and went on to become the first person ever to win the association's World Fuel Championships on three separate occasions—in 1977, 1980 and 1982. She would go on to win 18 NHRA titles in total, dominating world championships and setting various records. Muldowney had become a multi-pronged trailblazer.
Muldowney's success was all the more poignant considering the sexism found in racing culture, with Muldowney having more difficulty than male drivers attracting sponsors and finding a crew. Her success also defied traditional gender stereotypes, as she was a top racer who loved high heels and would paint her cars hot pink, both as something she enjoyed to do and to get under the skin of hecklers. She became a fan favorite of both women and men alike.
Muldowney's son eventually came to work as part of his mother's crew during his adolescence, and she entered into a personal and professional relationship during the '70s with racer and car-builder Connie Kalitta. The two would sometimes race together, and Muldowney was given the nickname "Cha Cha." (She would later state that she never cared for the moniker.)

Major Accident and Comeback
In 1984, Muldowney experienced a near-fatal crash in Montreal when her vehicle spun out of control for 600 feet due to a wheel malfunction. Her legs were shattered; her hands, pelvis and several fingers were broken. Dirt and debris had to be removed from her body for hours before doctors could operate, and then she had a long, terribly painful rehabilitation process at her home in Mt. Clemens, Michigan. Thousands of fan letters poured in, and she resolved to return to racing. She made her comeback in 1986, winning another NHRA Nationals title in 1989. The accident also spurred the design of safer vehicles with reconfigured wheels.
Muldowney decided to retire in 2003, partly to alleviate the workload of her husband and crew chief, Rahn Tobler, whom she married in 1988. (The two split in 2006.)
Muldowney's career was the subject of the 1983 film Heart Like a Wheel, starring Bonnie Bedelia as Muldowney and Beau Bridges as Kalitta. Bedelia received an Oscar nomination for her work in the film.
Muldowney later wrote the memoir, Shirley Muldowney’s Tales From the Track, release in 2005. She has earned a slew of awards and accolades as well, including being inducted into the International Drag Racing Hall of Fame and receiving an "Outstanding Achievement Award" from the U.S. House of Representatives."

Maj Robert Thornton
Posted 2 y ago
She was one hell of a racer!
(8)
Comment
(0)
Show More Comments
Read This Next
RallyPoint Home