The Emden plant on Germany's North Sea coast was the last to make VW's iconic Beetle. The last car may have rolled off the production line 40 years ago, but the cult surrounding the original "people's car" rolls on.

Emden, Germany (dpa) - The list of nicknames is long. Virtually every country in the world has its own name for the car, most of them a variation on "Beetle" or "Bug." Hardly anyone called it by its official designation, the Volkswagen Type 1.

Decades after the last Beetle rolled off the production line, the car in all its variations retains its cult status. It turned VW into a global brand after World War II.

"It was neither fast nor particularly economical, to say nothing about being comfortable," the company archives themselves note.

Despite its many failings, the odd-looking vehicle was a worldwide success for decades, with the final German-produced beetle rolling off the production line in Emden in north-eastern Germany 40 years ago.

It all started with a design by Ferdinand Porsche in response to a call made by Adolf Hitler in 1933 for an inexpensive "people's car," or Volkswagen, for all social classes.

Porsche seized upon an idea that originated with the engineer Bela Barenyi in the 1920s. The ball-shaped "Strength through Joy Vehicle" (Kraft-durch-Freude-Wagen, or KdF car in Nazi German terminology) went into full production in 1939.

The start of World War II meant that the first cars off the VW production line were destined for the Wehrmacht on the fronts in North Africa and later Russia. Some were four-wheel drive with off-road tyres.

It was 1947 before ordinary Germans could buy the first VW models as the post-war "economic miracle" was getting under way. This economic miracle on four wheels accelerated away, and by 1955 Volkswagen was marking the millionth car off its production lines.

"Made in Germany" even became a selling point in the United States, where the Beetle was a runaway success. "It runs and runs and runs...," as the VW television advert expressed it in its German home.

In 1964 the company built a new production line in Emden on the North Sea coast close to the Dutch border. Bricklayer Willi Kurowski, now 83, worked on the construction site erecting the production halls.

Later he found work in the plant as a welder after undergoing training at VW headquarters. "We were first trained in Wolfsburg before going back to Emden," Kurowski recalls.

Initially just 10 cars a day rolled off the line with the parts being shipped in from Wolfsburg, where VW is headquartered. Dents and gaps in the bodywork were evened out with tin, a method that would be inconceivable today.

"The halls were partly unroofed, so we warmed ourselves at fires during the breaks. There was good team spirit, and many of the friendships are still going today," he says.

"The Beetle turned VW into a global company, but almost took it over the precipice at the beginning of the 1970s," says Willi Diez, an analyst at the Institute for the Automotive Sector in Geislingen.

He believes that VW succumbed to the belief that things would carry on that way for ever on the basis of the car's success.

"But the market had changed, and the VW Beetle suddenly looked not just out of place, but was also technically obsolete," Diez says.

In his opinion, if the VW Golf had not also been a runaway success, VW probably could not have kept going as a company.

But the Beetle success story laid the groundwork for the numerous Golf models that have succeeded it and that are still in high demand on world markets.

"Nevertheless, neither before nor since has there been a car that was internationally as significant as the Beetle," Diez says, noting that the car scored successes in Europe, North America and Latin America.

"Perhaps it was the first 'global car' ever," the automotive analyst says.

The end came for the Beetle only in 2003 when the last of the original Volkswagens with the air-cooled flat-four engine at the rear came off the Mexican production line.

Until 2002 no other car was produced in such numbers. Since 1938, more than 21.5 million Beetles have rolled out of the company's production halls.

But the myth surrounding the cult car remains. It was the star of the Hollywood films starring "Herbie the Love Bug" who had feelings and could drive himself.

Old Beetles in running condition are going for astronomical prices. "Up to 30,000 euros are paid for originals with the split rear windshield, depending on condition," says Henry Hackerott, the organizer of gatherings for Beetle owners in Hanover.

There is also a plentiful supply of Beetle parts and accessories for the years ahead.

Posted from dpa-international.com
Posted in these groups: 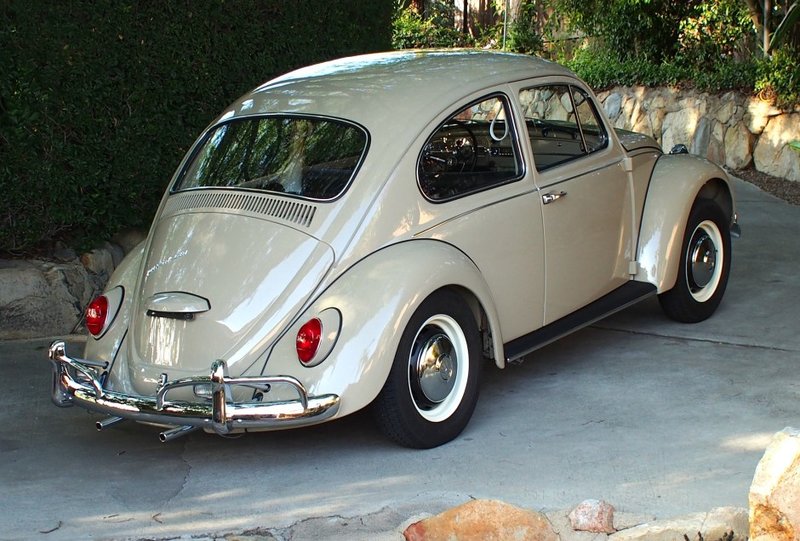 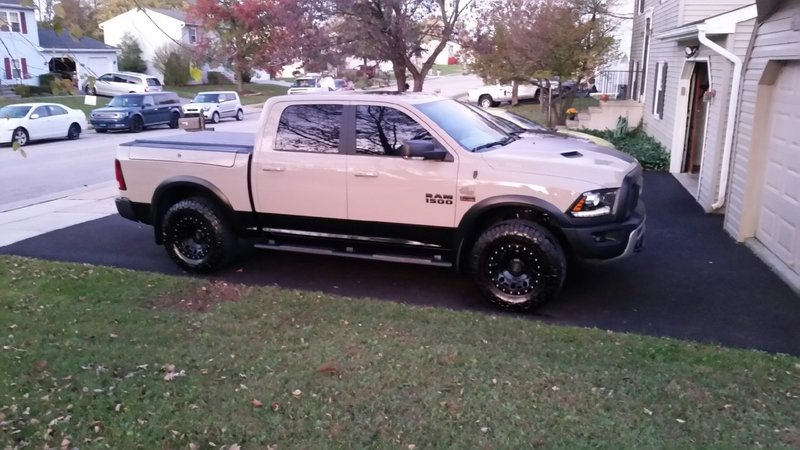 SGT Kevin Hughes
8 mo
The Beetle in my story did not look like that! Wow! My Brother put a Hurst Four Speed in my 1963 Plymouth Fury III - and I never used anything higher than second gear. He called me a "chicken." My car was Yellow. LOL
(2)
Reply
(0) 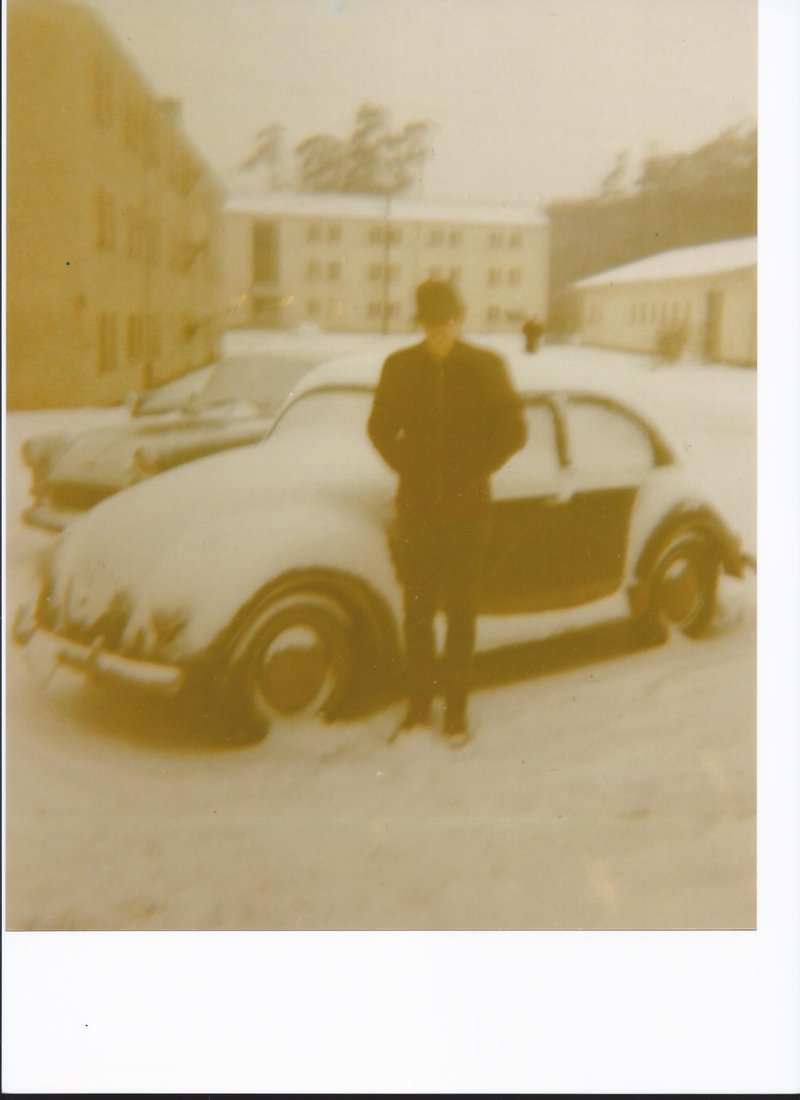 My first car I bought in Germany from a brother 558th MP who was rotating back to the states
was a VW Beetle. My VW covered with snow and me freezing my rear off in the snow. 1969
(4)
Comment
(0)

SPC Woody Bullard
8 mo
SGT Kevin Hughes - I was stationed at the Kriegsfeld nuclear weapon NATO site#107 which was near Kaiserslautern 1969-70-71. We were in Deutschland the same time period. I'm a Florida native so I had never been in snow before arriving in the FRG. I had to learn how to drive on snow and ice. There were some dents on my VW fenders from sliding off the road into a ditch on those small roads around our NATO site. I thought I would freeze to death inside that VW beetle. :o)
(3)
Reply
(0)
Show More Comments
Read This Next
RallyPoint Home