The CDC very quietly updated its reporting on the number of kids under 18 who have been admitted to hospitals and died from the coronavirus, and the number is very low.

During the same period that the CDC’s stats cover, liberals have been braying that all kids need to be masked to prevent the “deadly virus” from wiping them all out. But the CDC’s new numbers truly show just hat nonsense that fear mongering has been.

Last week, the CDC doled out its report covering August of 2020 to August of this year gleaned from data from 260 medical centers across the country.
According to the numbers, 1,790 kids were hospitalized with COVID during that period.

“Median length of stay ranged from 2 to 3 days during the entire period. The percentage of hospitalizations resulting in an ICU admission ranged from 10% to 25% during August 2020–June 2021; percentages were 20% and 18% in July and August 2021, respectively,” the report says.
Ventilators were used in only three percent of those cases.

And finally, the death rate…

During the reporting period, there were only a total of eight “COVID-19-related” deaths among the 1,790 minors admitted to hospitals around the country, a 0.4% death rate among those admitted.

Yet, leftists are forcing MILLIONS of kids to wear masks, “social distance,” and even school from home via useless Internet sessions.

Even more absurdly, the CDC itself is demanding masking for kids. Clearly the CDC doesn’t care a whit about real science. 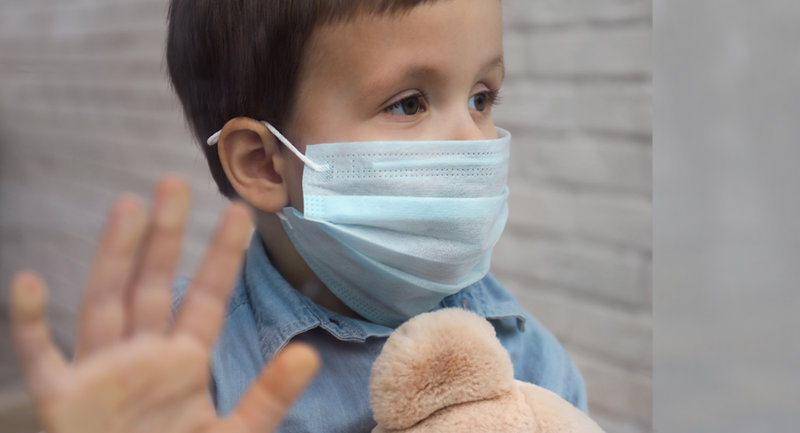 Posted from flagandcross.com
Posted in these groups: Centers for Disease Control and Prevention

MSgt Dale Johnson
Edited 2 mo ago
Posted 2 mo ago
The Left is using this pandemic to try to coerce people into following government rules instead of working for the very people they are trying to coerce. Many of our Politicians, on both sides of the aisle, have forgotten that they are supposed to represent us, not regulate us.
(12)
Comment
(0)

Maj Robert Thornton
Posted 2 mo ago
And this comes as a surprise? Not.
(12)
Comment
(0)

CSM Chuck Stafford
Posted 2 mo ago
If the goal is to legislate death out of existence, it will just be another failed policy of this administration
(9)
Comment
(0)