PO1 William "Chip" Nagel
395
22
7
8
8
0
Ah Yes! Can You Say Freedom of Navigation Exercises! Yeah, My First MUC was Part for Attain Document I, II, III. My Last Medal AFEM said it was for Desert Strike but Like Most of What I did that was Kind of Half Truth, More about Camping My Happy Ass 16 Miles of Bushehr Iran and Doing My Best to Piss them Off. 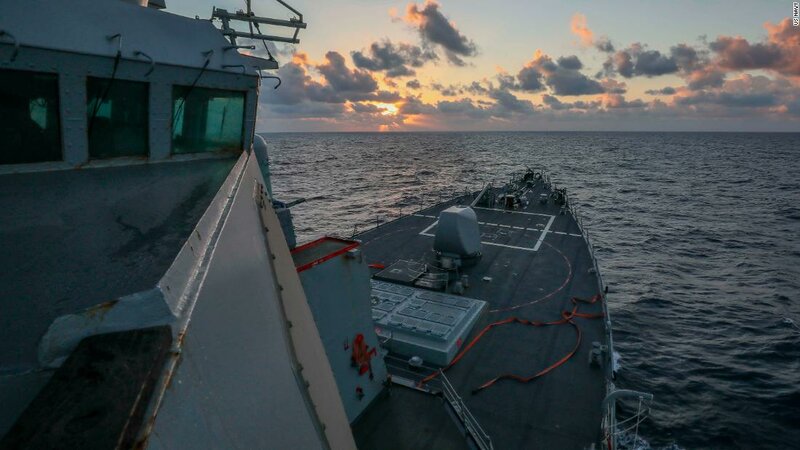 SGT (Join to see)
Posted 5 mo ago
PO1 William "Chip" Nagel Was there a Special Training Class for "pissing people/countries off" or did you come by it naturally?

"Hong Kong (CNN)A United States Navy guided missile destroyer challenged Chinese claims of sovereignty in and around islands in the South China Sea on Thursday, with a Navy statement saying such claims violate international law and "pose a serious threat to the freedom of the seas."

The USS Benfold sailed around the Paracel Islands, known as the Xisha Islands in China, in what the Navy calls a freedom of navigation operation (FONOP), Lt. Mark Langford, spokesperson for the US 7th Fleet, said in the statement.
The Paracels are a collection of 130 small coral islands and reefs in the northwestern part of the South China Sea. They have no indigenous population to speak of, only Chinese military garrisons amounting to 1,400 people, according to the CIA
Factbook. "...
(4)
Comment
(0)

SGT Mary G.
5 mo
SGT (Join to see) Interesting question you posed, lol.
For comparison, I made use of available "special training" - needed it for survival. Always do my best to not have to activate it - but outside forces determine need.
(2)
Reply
(0)

1stSgt Nelson Kerr
Posted 5 mo ago
They US Navy go it's real start over Freedom of Navigation issues , the Marines include that fight in thier him
(1)
Comment
(0)

PO1 William "Chip" Nagel
5 mo
1stSgt Nelson Kerr I Know My Father was a Marine, "Shores of Tripoli" I've got an Award for Attain Document I, II, III, Prairie Fire/El Dorado Canyon, I Arranged for Bombs to Fall on Tripoli.
(0)
Reply
(0)
Read This Next
RallyPoint Home