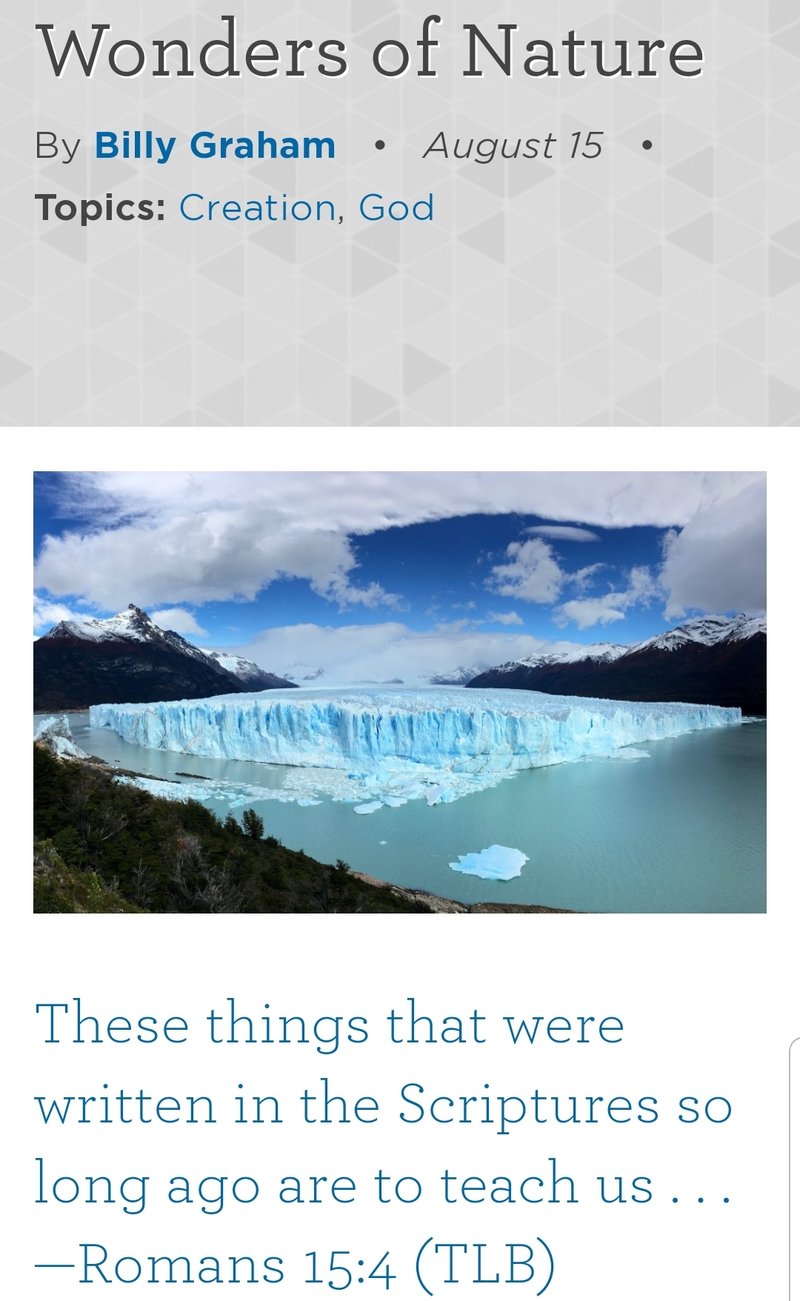 God of Wonders by Third Day

http://creation.com/creation-answers When I look at how immense and vast God's universe is, I feel so VERY small in comparison. But then I stop and think abo...

Thank you, my friend and brother-in-Christ SSG William Jones for posting the Billy Graham devotional Wonders of Nature.
This devotion is "preaching to the choir" whose eyes have already been open by the LORD. Those maturing in Christ have various states of awareness about the God of all creation who is the ONLY Creator ex nihilo who sustains of that exists by HIS power.

For the vast number of people who are on the wide path to destruction, they do not see any evidence for God's handiwork. Rather believe that random evolution is "responsible" for the current state, or they believe in endless reincarnation, or the tenets of Islam and its offshoots and a vast number of other beliefs which range from some form of order to a hodgepodge of illogical beliefs . :-)

Romans 1: 18-20 NASB "For the wrath of God is revealed from heaven against all ungodliness and unrighteousness of men who suppress the truth in unrighteousness, because that which is known about God is evident within them; for God made it evident to them. For since the creation of the world His invisible attributes, His eternal power and divine nature, have been clearly seen, being understood through what has been made, so that they are without excuse"

Praise the LORD and Glory to HIS name.

The Wonder of God's Creation

An incredible design inspired by Psalm 139 and Jeremiah 29:11

The Wonder of God's Creation
https://www.youtube.com/watch?v=4aoIBROXvZ0