CPT Jack Durish
346
6
12
3
3
0
John Kerry is insane. War didn't send refugees flooding out of the Middle East. Genocide didn't send refugees flooding out of Africa. No, it was climate change caused by President Trump abandoning the Paris Accords. Come on. You have to laugh. The Paris Accords had one objective only. To rob America. And America has done more to fix the man-made environmental problems than any other nation. Oh, and the shirt is sort of insane too. A man his age should dress his age... 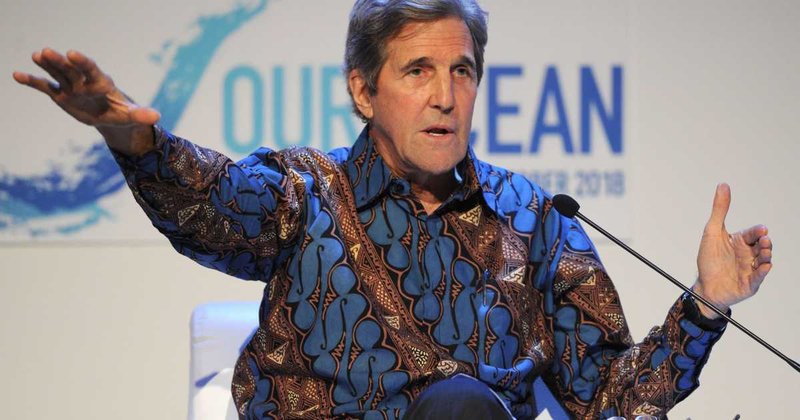 Maj John Bell
>1 y
From the link provided:
"In the 2015 biography “The Truth About Trump,” the author, Michael D’Antonio, described interviewing Mr. Trump, who at one point slipped off a loafer to display a tiny bulge on his heel."

The NY Times, CNN, and Michael D'Antonio can hardly be declared as Trump friendly sources; Yet these sources appear to confirm that there is evidence obvious even to non-practioners that President Trump did indeed have bone spurs.

The presence of absence of pain associated with those bone spurs has no bearing on the Draft board's decision to classify ANYONE with medically confirmed bone spurs as ineligible for service. The presence of bone spurs indicates a risk that the draft registrant has a DOD determined, unacceptably high risk of not being capable of completing enlistment.

So... are you just the kind of person who ridicules people with medical problems? Or are you incapable of finding a valid criticism of President trump? Or are you such a fan of his 7th grade, school yard bully tactics; that you can't help imitate them? I understand that imitation is the sincerest form of flattery.

With Mr. Trump accused by a dead soldier’s father of having never “sacrificed,” his medical deferment during the Vietnam era is facing new scrutiny.

SGT Philip Roncari
Posted >1 y ago
I didn’t like the man when he was throwing someone else’s medals over the. White. House gate or wherever ,didn’t like him and testifying in front of a Congressional committee about alleged atrocities committed by US troops in Vietnam,didn’t like his Iranian nuclear deals and now this fashion faux pax is just going too far!
(0)
Comment
(0)

SPC Erich Guenther
Posted >1 y ago
And if you look at the pace of technological change as well as forecasted demographics. Mother Nature and our Economic moves following the market have done more to reduce pollution then spending the mega trillions that Obama and Kerry signed us up for. The whole Climate Change Accords scam was a plan to pull back the reigns on U.S. Economic growth while achiveing no real measurable benefit.
(0)
Comment
(0)
Show More Comments
Read This Next
RallyPoint Home