PO1 William "Chip" Nagel
518
4
2
4
4
0
"I think climate change is affecting the world right now and we should probably start doing something," says Lucero Silva, watching the cresting river in Russellville, Ark.
"Somebody at my office told me, 'We all owe Al Gore an apology,' " says Breigh Hardman, standing on a bridge over the Arkansas River in nearby Fort Smith. The former vice president's 2006 documentary, An Inconvenient Truth, spurred both activism around global warming and criticism of it.
"It just tells us we got to come to a conclusion — not to get crazy — about global warming," says Matt Breiner, watching the river farther upstream near downtown Tulsa, Okla.
In late May and early June, NPR asked nearly two dozen people in Oklahoma and Arkansas who were experiencing the ongoing flooding about climate change. All of them said they believed that the climate was changing, even if they didn't directly associate the raining and floods with it or agree on the cause. (Six people said they believed God was driving the change.) 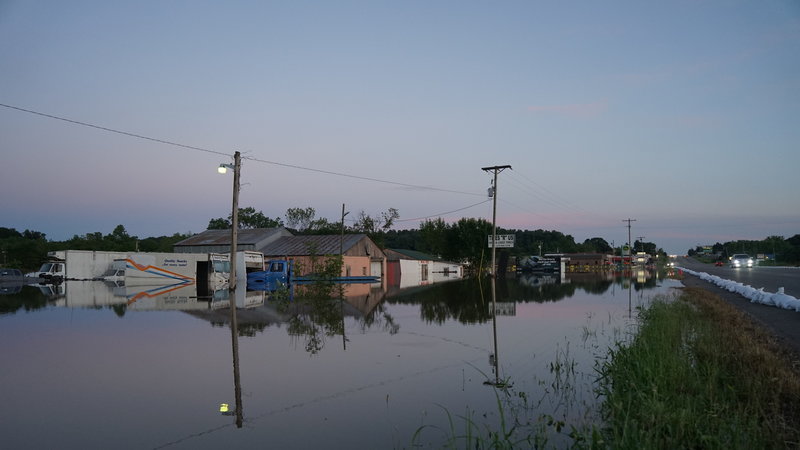 CW5 Jack Cardwell
Posted >1 y ago
I am sorry you are a nitwit Mr Gore.
(0)
Comment
(0)
Read This Next
RallyPoint Home