Would I be considered a combat veteran just for being in the combat zones, without ever having to participate in combat?

SPC William Sloan
8.07K
339
190
39
39
0
I served in desert shield/storm as an army cook for a tank battalion. I never had to participate in any combat myself but was in the combat zones. Would I be considered a combat veteran just for being in the combat zones?
Posted in these groups:

MAJ Ron Peery
Posted 1 mo ago
I was a signal officer in the 1st ID in the first Gulf War. I never fired a shot. I was always forward of the battalion, and often forward of the division. I watched a tank battle at night. I was shot at three times. Once by our own artillery, once by some ragged looking Iraqis, and once by some benighted soul in a heavy fog in Northern Kuwait. I was a combat vet. You woke up in the morning, not knowing if you were going to be shot at while you fed the troops. You ran the same risks as I. No question. You're a combat vet.
(37)
Comment
(0)
show previous comments

You have nothing to prove to me. My opinion of a combat vet is just different than yours. You figure out if you are really a combat vet or just someone who wants the glory. Real war fighters no the difference!
(0)
Reply
(0)

MSG Joseph Cristofaro
28 d
SGT Frank-John Limiero -
As someone who has survived a combat experience resulting in a Silver Star, you should be aware that everyone in a combat zone has a different job and different experiences. This does not prevent them from being a "true warfighter", that is your personal opinion only.
In Vietnam, everyone depended on helicopter crews. Many were shot down, at least a few received valor awards such as the MOH. Medics was another MOS that was critical to saving lives in Vietnam and was not a Combat MOS.
There are few safe places in today's combat zones. In Iraq and Afghanistan, one of the most dangerous jobs was simply driving from one location to the other. Just about every base was attacked by mortars, VIEBD, or insider attacks by Iraq/Afghanistan Military/police.
BTW, the first MOH awardee in Iraq was an Engineer, SFC Paul Smith. His unit was constructing a POW holding pen when they were attacked
Hopefully you get over yourself someday and recognize that just because someone didn't receive an award in a combat zone, or hold an 11B MOS, doesn't mean they weren't a combat veteran.
(2)
Reply
(0) 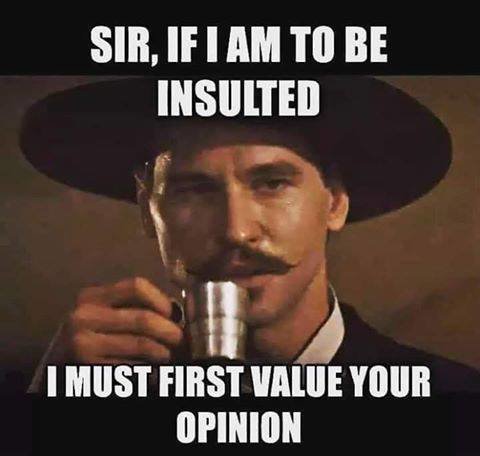 MAJ Ron Peery
28 d
MSG Joseph Cristofaro - Most days, the greatest threat I faced was getting puked on by my gunner, who had problems with motion sickness. But the kid would not stay at the FOB. We eventually had to send him back to Kabul because he was in danger of serious dehydration. I'd rather have ten like him than one Frank-John.
(4)
Reply
(0)

MSG Joseph Cristofaro
28 d
MAJ Ron Peery -
Frank John Limiero replied to another post that he had been awarded the Silver Star. I checked the data base and it confirmed a person by that name had been awarded the Silver Star during the Vietnam War. If he is the same person, he deserves respect for his actions that day, but not for his opinions of other people's war service.
(2)
Reply
(0)

TSgt Greg Meyer
Edited 1 mo ago
Posted 1 mo ago
Absolutely! Please don’t think your contributions as a professional military culinary specialist is/was any less valuable than the soldier on the front line. I spent 23 years as a Civil Engineer in the AF and never fired a shot in any of the combat operations I served in yet I deployed to the Gulf more than ten times including OJC (Panama), Desert Shield, Desert Storm, OSW, ONW and OEF. Thank you for your service brother!
(15)
Comment
(0)

SGT Frank-John Limiero
1 mo
Twenty three years as an Air Force Cook is far less than an Army or Marine Infantry soldier fighting those enemy you never saw. Thanks for the chow though.
(0)
Reply
(0)

SSgt (Join to see)
1 mo
Frank needs to go stare at his medals a little more apparently because his feelings are showing through a bit here... he obviously has no clue what Air Force engineers do..lol.

Kinda funny he only responds this way to Air Force Vets...yet passes over people from other branches saying the exact same thing. Now pardon us while we go to our 6-star hotel.
(2)
Reply
(0)

MAJ Ron Peery
1 mo
SSgt (Join to see) - For once, I agree with you. But he dumped on me, and I'm Army.
(2)
Reply
(0)
Show More Comments
Read This Next
RallyPoint Home