I have a co-worker who says they are a veteran but only served 5 months (didn't finish AIT). Would you consider that a veteran? 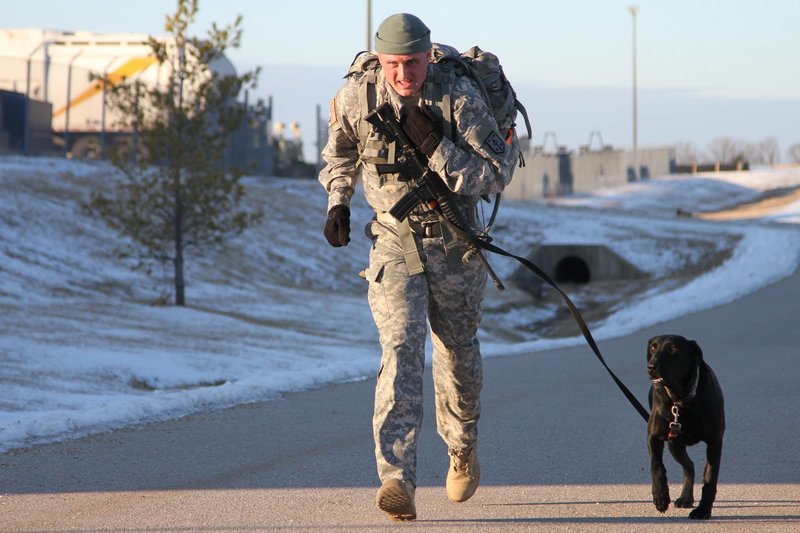 MSG (Join to see)
Posted >1 y ago
Getting out after 5 months because you sprained your ankle and got depressed doesn't make you a veteran. Further, it's a slap in the face to people who have done amazing things to earn that title. So no, your coworker is not a Veteran. She's a quitter.
(567)
Comment
(4)
show previous comments

SFC Don Vance
17 d
Cpl Henry Busby I've had this discussion many times over the years and usually have to post a link to the federal definition to shut people up. Many years ago I had to point out to my father that he's a veteran. He was in the Navy from 52-56 and spent his entire enlistment on shore duty stateside so he didn't consider himself a veteran.
(3)
Reply
(0)

CPL (Join to see)
15 d
MSG (Join to see) You're kind of douche. Bet you don't have many friends. If you are medically separated from the service you are in fact a veteran. If you are separated for nonconforming then you are not a veteran. Once you have taken the oath you are a service member. If you get hurt on the way to reception that requires a medical discharge then you are in fact a veteran. The fact that you say what you say and the way you say makes me question whether you ever really were a master sgt.
(2)
Reply
(0)

SGT Dan Gray
2 d
George Katsinis - lame or not, the fact is thats your opinion and not the legal opinion
(0)
Reply
(0)

PO1 Phillip Weekley
Posted >1 y ago
I served five years in recruiting and I remember in our recruiting manual stating that you must have completed 180 days of consecutive service to be considered a veteran.
(471)
Comment
(1)
show previous comments

MSG Terry Lingle
2 mo
All anyone has to do here in Maryland to get a military discount in many places is buy a damn hat anyone can buy that says they’re a vet. Our DMV, though, won’t put the vet designation on a driver’s license without your DD 214 verifying at least 180 days of active duty. When I first asked for the veteran’s designation on my license they wouldn’t even accept my retired ID card as proof. Have to say I was angry! I did complain and “take it up the chain.” The retired ID was accepted as proof when I next renewed. SPC Andrew Phillips
(1)
Reply
(0)

SSG (Join to see)
2 mo
PO1 David Johnson thats really only for VA medical benefit purposes. But no, for pretty much anything else, training doesn't count.
(1)
Reply
(0)

SSgt Angela Fabian
1 mo
180 days on active duty, or one day in a combat zone= Veteran.

What Qualifies Someone as a Veteran? | U.S. Veterans Magazine

Here are just a few examples of the statements we hear when we ask someone to list their qualifications needed to be recognized as a veteran.

SGT Dan Gray
2 d
SSgt Angela Fabian - or having served during a time of national emergency or war according to Congress.
(0)
Reply
(0)

SFC George Sease
Posted >1 y ago
I would have to say that the person in question cannot be considered a veteran. 1. Did not finish training (AIT), 2. did not get assigned to a unit that was not a training unit . 3. Was not in a combat zone, 4. More than likely did not receive the National Defense Ribbon, 5. Did not receive a ribbon for the Cold War, 6. Their DD214 should be able to answer some interesting questions-like why did they not stay in.
I would have to say that nope. Sparky does not get to be called a veteran.
(340)
Comment
(5)
show previous comments

LtCol William Bentley
1 mo
SPC (Join to see) - The article was wrong, and perpetuated a common myth: that it took 180 consecutive active duty days to qualify as a veteran. That is not true.

The genesis of that myth is real, however: under Title 5 of the US Code, in the section pertaining to qualifying for "veterans preference" under federal hiring laws. But this is a "veterans benefit," and administered under the provisions of Title 5 by the OPM for federal civil service purposes...it has NOTHING to do with qualifying as a statutory veteran under Title 38 of the US Code, which is the set of statutes that defines both "veteran" status, and "veterans benefits." The VA, not OPM, administers the majority of federal veterans benefits as we understand them: VA healthcare, VA disability compensation, VA education benefits (all of them), VA pensions, VA burials and headstones, etc. All of these are different veterans benefits, and all of them have different prerequisites set in place by Congress under Title 38, as administered and regulated under 38 Code of Federal Regulations by the Department of Veterans Affairs. Part 3.1, et al., of 38 CFR is the most directly applicable.

In conclusion: what it takes to qualify as a statutory veteran under the laws of the US, as defined in 38 USC 101, and put into regulation by the DVA under 38 CFR 3.1, et al., is not the same thing as a veterans benefit...each one of which, whether offered at the federal, state, tribal, local, or private organization level, has its own prerequisites and definitions, but none of those other definitions supersede the primary statute used by the DVA to determine veterans status under 38 USC 101.

It is also possible in some cases to meet the prerequisites of a particular type of veterans benefit, such as after 90 days of federal active duty and qualifying for the lowest level of education assistance under the Post 9/11 GI Bill...all without having been discharged yet. Such a person would -- technically -- not be a veteran at all (missing the discharge "other than dishonorable" requirement), but already be qualified for a veterans benefit under the DVA. But if such a member used some benefits under the Post 9/11 GI Bill while on active service, and was later discharged after a court-martial dishonorably (or otherwise failed to meet the requirements listed in 38 CFR 3.1, et al., for veterans benefits), that member would no longer be eligible for further educational benefits, nor other DVA benefits...

All in all, this is a wickedly complex thing: even the VA gets it wrong often, which is why there are so many appeals to VA decisions!

Such a person might very well qualify under 38 USC 101 as a statutory veteran for one day of Active Service, with a discharge characterized as "Other than Dishonorable," and therefore meet the requirements of law to be a veteran of the US Uniformed Services, but not meet the 2 year service requirement for the delivery of certain veterans benefits, such as the GI Bill, burial, etc., which use a different prerequisite (every veterans benefit has its own prerequisites, and not all of them use the 2 year rule you noted).

At its most basic, what we see is: veterans status may ... or may not ... grant veterans benefits.

LtCol William Bentley
1 mo
PO2 Michael Henry - That is true, except for various types of duty status in the Reserves, and for Retirees (who are also continuing to serve).

For example, only members of the Selected Reserves are eligible for the NDSM after 9/11...not the IRR...not the Standby Reserve...not Retired Reserves...not Retirees of the Regular Component.

Not unless one of the other categories is recalled to active service for one day, or joins the Selected Reserve and participates.

This is why the members of the DEP, who have already signed a contract, sworn the Oath, and joined their Service under the law, and officer candidates who have not yet served on active duty, are not awarded the NDSM the day they swear in. Such members of the DEP, by law and regulation members of the IRR, not the Selected Reserve (except in the National Guard, but in that case under the Delayed Entry Training program they are not allowed to perform active duty and so may or may not qualify for the NDSM in their Guard status before they go to basic training...). This why ROTC cadets and midshipmen don't have the NDSM, either, at least not until they serve on active duty, because once contracted into ROTC they are members of the IRR, not the Selected Reserve.

This is also why the cadets and midshipmen of the Service Academies are qualified to wear the NDSM on the day they swear their Oath of Office and are appointed by the President to their Offices...because they are Regulars, on active duty, in the same duty status as any other Regular of their Service (Army, Navy, Air Force, Coast Guard), for the entire 24/7/365 duration of their time at the Academy.

SFC Don Vance
21 d
A veteran defined by law is anyone who served on active duty for a minimum of 24 hours and didn't receive a dishonorable discharge.
(0)
Reply
(0)
Show More Comments
Read This Next
RallyPoint Home