The Roots of Our Partisan Divide

CPT Jack Durish
2.3K
146
49
30
30
0
A really interesting look at the partisan divide, especially the role played by the draft during the Vietnam War, Feminiism, and the Civil Rights Movement 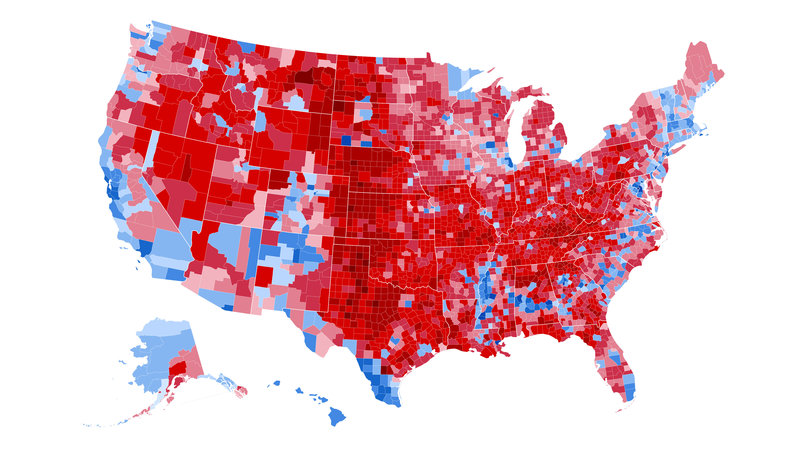 The Roots of Our Partisan Divide

Posted from imprimis.hillsdale.edu
Posted in these groups:

Lt Col Charlie Brown
Posted 1 mo ago
I read this article and while I don't entirely agree with it, I do think that Vietnam helped to separate the country into camps of those who served and those who didn't. And women used to be a fairly united group whether married or single; that is clearly no longer the case.
(13)
Comment
(0)

Sgt Stephen Brown
1 mo
Yes in a way the beginning of the participation trophy. Too the average person who never served who sees someone with a hat , or whatever, that distinguishes them as a Veteran they thank them for their service not having any idea where they served. It’s apparently only important to those who think their assigned job was more important.
(3)
Reply
(0)

One of the reasons Pat Tillman joined the military is he felt that minorities were over represented in the military.
(8)
Comment
(0)
show previous comments

SCPO (Join to see)
1 mo
SSG Bob Ricci ... I think I concur with you. But with the auto-correct overwrites and other proofreading misses, I need to asterisk this reply. I will say that you and I share a penchant for verbosity when something really trips our trigger...a trait that sometimes is seriously needed in a world full of misidentifications and outright prejudiced assumptions.*
(1)
Reply
(0)

MAJ Ken Landgren
1 mo
SCPO (Join to see) - It makes me contemplate if their personalities are constantly thus, or they are internet warriors. I get lengthy caustic responses and I will read the first sentence and last sentence lol
(1)
Reply
(0)

SPC Kevin Ford
Posted 1 mo ago
Interesting read. I think the author skipped over two parts that were pretty significant:

- First why the civil rights act eventually caused problems. Sure there is a thought that the corrective actions made impacted (in particular) poor white America. But more importantly the effect of the caste system that things like Jim Crow laws caused was that poor white America (the majority) felt better about their position because systematically there were always people below them. They were less likely to be unhappy with the system as a whole because they had a position of power over another segment of the population that was in turn being repressed from exercising any real political or economic power themselves.
- The first certainly did cause some social upheaval but what has brought it to it's head has been the destruction of the middle class, removal of much upward mobility and the concentration of wealth among a few people. This was all done without the "advantage" of the caste system provided to social stability. The growing white poor are angry because they don't have opportunity and they no longer can have the satisfaction of thinking, we'll at least I'm not them. The minority poor are similarly unhappy because they don't have opportunity either and now they have power to do something about it.

All of us outside the top 1% are unhappy with each other when the real problem is the concentration of money and opportunity with a very few Americans.
(8)
Comment
(0)

CPT Jack Durish
1 mo
The fact that you believe upward mobility has been destroyed isn't as surprising as the fact that you have found at least six people on RP who agree with you. Now it may beggar your imagination, but the fact is that there is no "pie". The one percent don't have an unfair slice of "pie". If you want a bigger slice of "pie", try baking you own. Anyone willing to put in the effort to bake their own pie can join the one percent.
(0)
Reply
(0)

SPC Kevin Ford
1 mo
CPT Jack Durish Impossible. You only think that because you believe the pie is made of money, it's not. Money is a proxy for a person's ability to access the finite resources currently in the system.

Sure you can make an argument that we can handle a few more with near unlimited access but given the finite nature of the underlying resources the more people you make like that, the less there is to supply what mathematically has to be the majority of the population.

Unless you have some way to make the resources themselves unlimited (i.e. Star Trek style replicators) what you argue for can structurally only work for a small percentage of the population. The math behind that is inescapable.
(2)
Reply
(0)
Show More Comments
Read This Next
RallyPoint Home