Would you look down on someone who hasn't deployed? 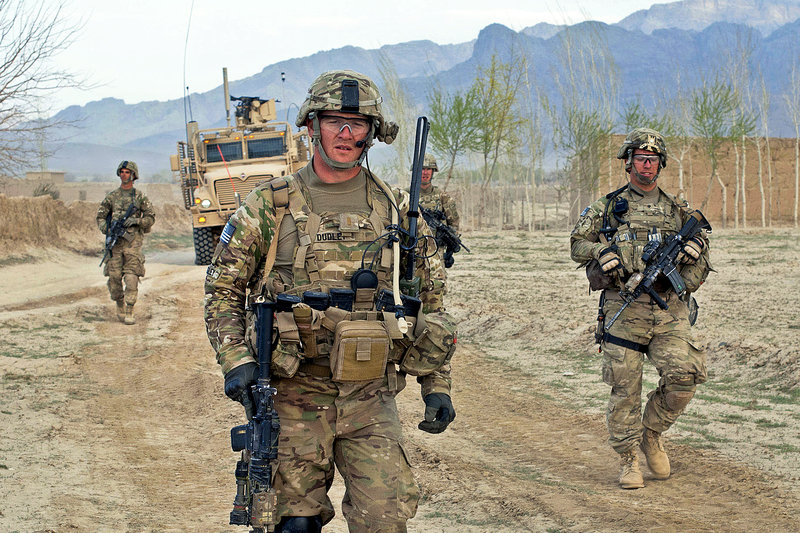 Would you or do you look down on people who have been deployed? I am honestly quite embarrassed to say that I have been in for almost 8 years and do not have a deployment.
Posted in these groups:

1LT(P) (Join to see)
Edited 3 y ago
Posted 3 y ago
In my mind there are folks who haven't deployed and then there are deployment dodgers who actively go out of there way to get out of deployments. I definitely look down on the latter.
(128)
Comment
(0)
show previous comments

CPT Bob Coleman
8 mo
LTC Gene Moser - Sorry, when someone is short, calling them short is not an ad hominem attack. It is simply a matter of FACT. And when you lie, calling you a liar is, again, simply a statement of fact.
(0)
Reply
(1)

LTC Gene Moser
8 mo
Captain, I can see you are quite conservative and that's fine. Let me clarify. To call somebody a liar one must be sure of oneself. Reading your opus I see a large amount of opinion in it, Opinion is just that, though some is based on fact and some is not. You may be a member of the Flat Earth Society, but that opinion is not based on fact.
(0)
Reply
(1)

CPT Bob Coleman
8 mo
LTC Moser... So... you DENY that Poland gave us $2 Billion to station a Brigade Combat Team in Poland? You DENY that Ukraine, Baltic States, Romania and Hungry have requested and received US troops/ You DENY that Viet Nam, as a new ally, recently joined us for JOINT Naval exercises in Hawaiian waters. The list goes on and on. Your interest in Trump's taxes, after the IRS has examined them and found no improprieties (no charges at all) is nothing short of astounding. BTW, your "Flat Earth Society" comment is nothing short of childish and embarrasses you.
(0)
Reply
(0)

SSG Carl Gamel
1 y
If you are a regular, that is a true soldier, then you are supposed to go were soldiers go, that is to the war zone. The National Guard main job is in their own state,unless it is a major war or National Emergency. If a "supposed " soldier, trys to get out of a deployment to a war zone, then he has cheated the Nation out of the money he has collected as pay and for his training. I do know that some soldiers will have MOSs that are not needed in some war zones, like Air Defence was not needed in Vietnam. But, if a soldier has a MOS, that is badly needed in a war zone ( I was a 64C, motor transport, when I re-enlisted to go to Vietnam, it had a VRB if 3, because there was a shortage of drivers in Vietnam), then he should go to the war.
(2)
Reply
(0)

CPT Bob Coleman
10 mo
I remember taking a seat in a porta-potty in Iraq one day and reading a sign on the back of the closed door. While I failed to capture the letter of it, the spirit of it will stay with me forever. It was a tribute to National Guardsmen in Iraq, sharing the same hardships, the same separation from family, and spilling the same blood as the "regulars". I remember thinking that such noble thoughts should have been presented in a much more suitable forum, not relegated to obscurity due to obvious bias.
(3)
Reply
(0)

SGT John Overby
9 mo
SSG Carl Gamel - You must live in a vaccum space. Over the last 20 years the National Guard troops have been deployed all over the world including Iraq and Afganistan. We have had some local National Guard pay the ultimate sacrifice. All the bridges on I-840 around Nashville are named for deceased National Guard soldiers.
(2)
Reply
(0)

CPO Robert (Mac) McGovern
Posted 3 y ago
In today's military with about 1.2 million active, I believe there is a significant number who will never deploy because of job, critical assignment, or support personnel. I have never and will never look down upon a fellow member regardless of assignment or opportunity to deploy overseas in a war zone.Those not in zone are simply deployed throughout the world or at home doing what they do best defending the 99% of Americans not in uniform.
(101)
Comment
(0)
show previous comments

SGT Randall Smith
10 mo
I was stationed in Germany when I made Sgt "E5. with in two months I requested transfer to Vietnam. I knew I would never make E6 in Germany and that was my goal.
When time to re-up came I thought long and hard about it. I was considering it but had to say no. I was promised I could go back to Germany but I knew what would happen within a year. And I was Not going back to Vietnam. Having to use equipment I had never seen sucked. The jungle scaired the devil out of me. Getting wounded once was more than enough for me. Having to work with men who came in under project 100,000 was enough to scare you. They were not allowed to have weapons, many could barely read or write. Most were put to work filling sandbags for the bunkers. We had some guys that did two and three tours, they liked it. I was smarter than that. I don't know how some of the new guys can do several tours and know they are going to be sent back.
(3)
Reply
(0)

SFC Jeff Orlowski
10 mo
It is the "Luck of the Draw." Less than 5% of our society chooses to join our military. Nothing is said to those who make this commitment. But here we are almost chastising someone who makes such a great commitment, but is never deployed. What about the other 95% who never even give it an option; unless it is as a last resort.
(2)
Reply
(0)

MSgt Kerry Lundy
9 mo
SGT Randall Smith - All these years and all the times I have been on this site you are the first I have seen to acknowledge Project 100,000. I have talked about it before and people would look at me like I was crazy. For those of you who are not familiar with project 100,000 this was a government program where each branch of the military had to accept 100,000 persons in mental categories who would normally be disqualified from military service. People who could barely read and write their own names but the Air Force had them trying to perform maintenance on specialized vehicles. Vehicles that cost in the neighborhood of $100,000 per copy and this was in the 1960s.
(1)
Reply
(0)

SPC Michael Terrell
8 mo
SFC Jeff Orlowski - Even worse are those who brag about not serving, then give some lame excuse. One magazine editor told me that he could never serve, because he was Diabetic. Most MOS would not have that restriction. I had five, 4F ratings when I registered for the draft, yet I was drafted after being told that I could never serve. I was told that I was on my way to Vietnam. When my orders came through, it was for the Cold Weather Research Center at Ft. Greely. My MOS was Radio & TV Broadcast Engineer, and our broadcast facilities in Vietnam were sitting ducks for missile attacks.

I received a TV transmitter at Ft. Greely from Vietnam for parts. It was full of bullet holes. The staff on duty had all been killed. Several of my friends at Ft. Greely had served in Vietnam. They wanted to go back, because they said it was safer to be out on patrol than risk dying from the cold, on a daily basis. A simple fall on ice could kill you, and you couldn't find cover from the high winds, or snow that covered the second story windows some days. I was told by someone who had never been there that it was a 'Country Club' Army base, unlike when his friend served in Germany. His friend was there in 1952, and at the largest AFRTS station in the network. His only danger was getting into a bar fight.

Also, our military personnel die from accidents, unrelated to combat, yet they are essential tasks to be where we need to be to win battles with minimal losses.

We are given our assignments, and anyone worth their pay does a good job to complete it, and make it home in one piece. It takes a team to win.

I had one jerk bragging about his 'daddy' winning WWII, and anyone not on the front line was a REMF. Everyone laughed at him as I pointed out that his 'daddy was useless without the others supplying him with everything that he needed to survive, from toilet paper to bullets. My vision has always been poor. I could hit the targets, but not spot anyone in camo. I was assigned to what I could do, and I received a Letter of Commendation for it.
(3)
Reply
(0)
Show More Comments
Read This Next
RallyPoint Home