November 16, 1902, marked the first appearance of cartoonist Clifford K. Berryman's "Teddy Bear" character, in the cartoon "Drawing the Line in Mississippi," published in the Washington Post. In the cartoon, President Theodore Roosevelt is shown refusing to shoot a bear cub during a bear-hunting expedition in Mississippi. The story and Berryman's cartoon soon inspired a popular toy bear christened "Teddy's Bear."

This cartoon depicts the eponymous Teddy Bear pondering whether or not to follow Roosevelt on his African trip. Because Berryman drew the Teddy Bear primarily with Roosevelt, he could have been deciding whether to continue to use the Bear in his cartoons while Roosevelt travelled. 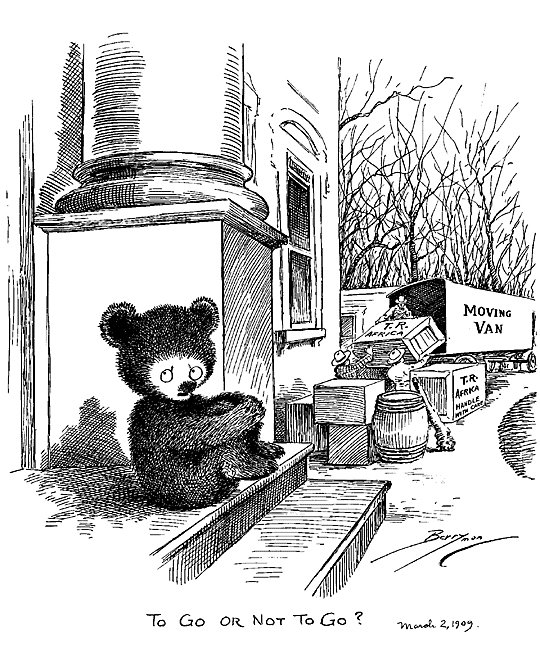