Senator Marco Rubio Introduces Bill To Suspend Gun Rights of Anyone Who Has Been "Investigated"...

Republican lawmaker Marco Rubio has reintroduced legislation that seeks to suspend the Second Amendment rights of any person who has been investigated for “terrorism” related offenses within 10 years of attempting a gun purchase.

The Senate bill, named the Terror Intelligence Improvement Act, was reentered last week in hopes of exploiting the hysteria surrounding the January 6th Capitol protests. The law intends to violate the civil liberties of American citizens who are not charged or convicted of a crime if somebody is deemed politically dangerous.

If passed, the law will grant the FBI and DNI the authority to draw up lists of US citizens arbitrarily labeled “domestic terrorists” and flag them during background checks. Those placed on the new watch list could be registered based solely on suspicion, even if an investigation fails to find evidence of criminal or “terrorist” wrongdoing. Federal courts that have examined the FBI’s various “terrorist watch lists” uncovered that the Bureau regularly places law-abiding citizens on them because they don’t like who they are or their political views.


While Rubio’s bill does provide optional redress for those targeted to obtain counsel and fight their designation, it would require individuals not charged or convicted of a crime to have to spend enormous amounts of money and time and gamble on getting a judge that upholds the Constitution just so they can exercise their gun rights.

As ongoing challenges to comparatively weaker state red flag law abuses show, challenging such decisions or even figuring out how they’re made is like pulling teeth.

The mixed record attorneys have had in combating the excesses of the Patriot Act since 2001 show that this mitigation option will largely be ignored by judges and those listed. While Muslim victims of federal surveillance and harassment power can sometimes count on the ACLU and others to defend their rights, said groups make it a point to refuse service to ordinary white people who have their civil liberties trampled.

The law’s threshold for being put on the list is low. Under Rubio’s legislation, being “investigated” for “domestic terrorism” — a vaguely interpreted offense mainly defined by partisan journalists and NGOs — which potentially millions of non-leftist Americans could be subjected to today, would nullify your ability to purchase a firearm.

Reporting done by Tucker Carlson Tonight recently revealed that the FBI collected the bank records of hundreds of people who traveled or made purchases in Washington DC on 1/6 without a warrant. A hotel worker who had attended the Trump rally near the Capitol but did not enter the building was investigated by the FBI, even though they had no probable cause to do so. The FBI would have the authority to put the aforementioned on this new list, without any meaningful checks and balances.

Rubio’s brazen attack on the Second Amendment is a testament to the organizational decline of the National Rifle Association. In 2015, Senator Rubio, who at the time had Presidential ambitions, led the fight against Senate Democrats when they tried to pass an almost identical bill.

Today, Rubio somehow maintains an A+ rating on the NRA’s website despite being a leading advocate for federal red flag laws and now. political blacklists that will disproportionately harm his own voters.

Laws like the Terror Intelligence Improvement Act are clogging up the Congressional agenda. Support for a dirty war against millions of red state Americans is bipartisan. 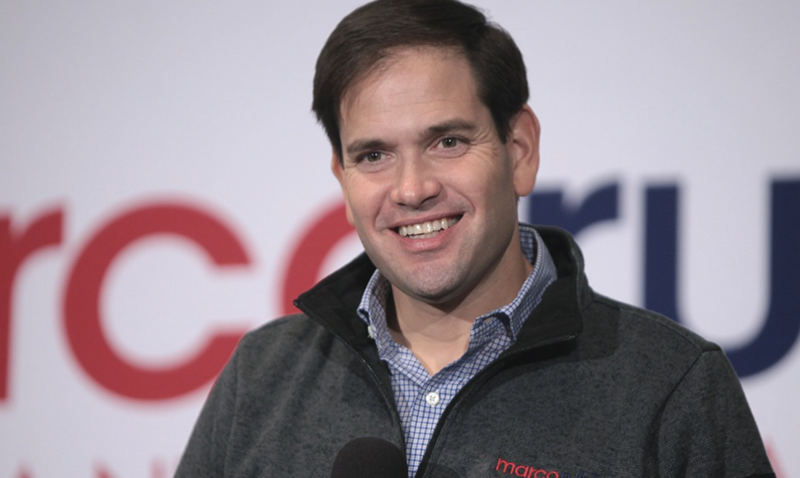 Senator Marco Rubio Introduces Bill To Suspend Gun Rights of Anyone Who Has Been "Investigated"...

Posted from tacticalshit.com
Posted in these groups:

LTC John Griscom
Posted 2 mo ago
This is getting into dangerous waters as some legislators have called veterans terrorists.
Then there is Sheila Jackson Lee's bill to require registration of all guns and ammo;
She should be removed from the Capitol since she is named after two Confederate generals.
(16)
Comment
(0)

MAJ Ron Peery
Posted 2 mo ago
The Lautenberg Amendment opened the door to this kind of nonsense by depriving a person convicted of a misdemeanor of the right to keep and bear arms. Now, if this passes, you don't even need to be convicted, at which point the Bill of Rights will be in danger of complete nullification by Congress.
(13)
Comment
(0)