Nearly a half century after the body of Danny Croteau was found floating in the Chicopee River, surviving relatives of the murdered boy joined Hampden District Attorney Anthony D. Gulluni Monday as he identified disgraced former Catholic priest Richard R. Lavigne, a sex offender who died last week, as the killer.

“Regrettably, due to Lavigne’s death, there will be no prosecution or trial,” Gulluni said. “But due to the credible and significant evidence that has been assembled in the last year that incriminates Richard Lavigne, I am announcing today that the investigation into the murder of Danny Croteau is now officially closed. While formal justice might not have befallen Richard Lavigne here on this earth, we hope to now provide answers and some measure of closure to Danny’s family and to a generation in Western Massachusetts and beyond who mourned and wondered for too long.”

“We’re disappointed that he’s not being brought to justice, but just like the district attorney, we believe there’s a higher power, and he will face that higher power now,” Joe Croteau said.

Croteau was 13 when they found his body, floating face down in the Chicopee River, a few miles from his Springfield home on April 15, 1972. Croteau, an altar boy, was killed by a crushing blow to his head, likely with a rock, and his body was then thrown into the river, the Globe has reported.

Croteau and his four brothers all served as altar boys at St. Catherine of Siena parish in the 1970s where Lavigne was assigned. Sleepovers at the rectory became common for some of the boys and Lavigne also had some children stay with him at his parents’ Chicopee home, the Globe has reported.

Lavigne has long been considered the only suspect in the boy’s murder and while he was convicted of other crimes against children in the 1990s, he has never been charged in connection with Croteau’s death. He was 80 years old and a Level 3 sex offender at the time of his reported death, according to the Sex Offender Registry Board.

During the initial stage of the investigation into Croteau’s death, a Chicopee detective noticed Lavigne walking near where the boy’s body was found, and was later interviewed by the detective who memorialized two questions the priest asked of the police.

“If a stone was used and thrown in the river, would the blood still be on it?” he asked, according to the written report.

And, “in such a popular hangout with so many cars and footprints, how can the prints you have be of any help?”

In 1993, a witness recalled that during a campaign trip with Lavigne and Croteau in 1967 or 1968, Croteau repeatedly challenged Lavigne by shouting “I’ll tell! I’ll tell!,” the Globe reported. The witness said Lavigne molested him that night, leading the witness to conclude Croteau was threatening to publicly disclose being molested by Lavigne.

Lavigne was removed from active ministry in 1991, when he was charged with sexually abusing children. But even after his 1992 conviction, leaders of the Springfield Diocese did not push to have him laicized. Under pressure from Lavigne’s victims and their supporters, the Vatican defrocked him in 2003, the Globe has reported.

The diocese paid 17 of Lavigne’s victims $1.4 million in a 1994 settlement, but others were also pursuing claims. It was not immediate clear Monday how those other claims were resolved. He is estimated to have more than 40 victims, the Globe has reported.

DNA testing done on blood recovered in the early 2000s from the crime scene was inconclusive.

Lavigne lived with his parents in their home in Chicopee and apparently inherited the residence. He is currently the listed owner of a Cape-style home on Haven Avenue assessed at $230,000, city records show.

This is a developing story and will be updated as more information becomes available.

Material from earlier Globe coverage of the Croteau murder and Lavigne’s alleged role in the child’s death was used in this report. 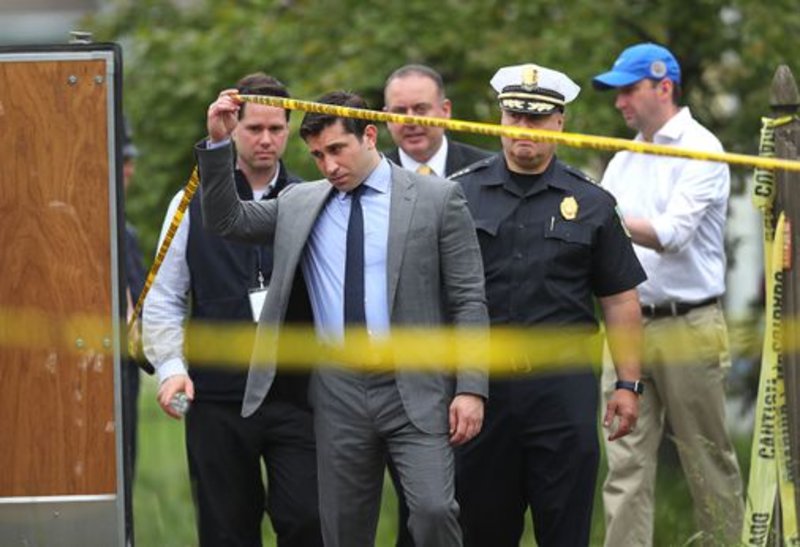 Posted from bostonglobe.com
Posted in these groups:

SrA John Monette
Posted 2 mo ago
hopefully the family can rest now that the boy's killer has been identified. too bad the Commonwealth is unable to prosecute him.
(5)
Comment
(0)

SGT (Join to see)
Posted 2 mo ago
PVT Joshua Blotzer “We’re disappointed that he’s not being brought to justice, but just like the district attorney, we believe there’s a higher power, and he will face that higher power now,” Joe Croteau said."
(3)
Comment
(0)