SPC Elijah J. Henry, MBA
957
12
17
1
1
0
Croatian police question Czech leader of wannabe country ‘Liberland’
Published on May 10, 2015April 3, 2017 in World News by News Desk
Vít Jedlička claims to be president of a disputed territory between Croatia and Serbia
Zagreb, May 10 (ČTK) — The Croatian police detained Czech Vít Jedlička on attempting to enter the self-constituted state of “Liberland” at the border between Croatia and Serbia on Saturday evening, but he was released after questioning today, which he has confirmed to the Czech News Agency.

Jedlička declared Liberland in the “no man’s land” for which Croatia and Serbia have been disputing for years in mid-April.

The Croatian police cannot deal with the fact that hundreds of people are crossing the border, leaving the Schengen area, since people are usually streaming in the opposite direction, Jedlička said after his release.

He said he had discussed the future functioning of Liberland and the border protection from the Croatian side with a judge in the town of Beli Manastir.

“He could not make a decision in the case, since we did not cross any border, we were waiting for the Croatian police at the Liberland border,” Jedlička said, adding that he was released then.

A higher level court is yet to deal with the case and the proceedings may last for months, Jedlička said.

Czech Foreign Ministry spokesman David Frous told ČTK that the ministry would not comment on individual cases. But in general, if Czech citizens ask a Czech diplomatic mission for help, it will accommodate them within the possibilities in a particular situation, Frous said.

He refused to comment on Jedlička’s idea of Liberland.

The Večernji list Croatian daily has reported that the police also detained Jedlička’s interpreter Sven Sambunjak along with him.

The paper writes that Jedlička first met policemen in the Zmajevac village some three kilometers of Liberland. He told the patrolling police that he planned to legally leave the EU border and enter Liberland. They let him go after about 30 minutes.

He was detained on entering Liberland and brought to a police station in Beli Manastir, the paper writes.

Croatia has tightened checks around Liberland in the past few days and have deployed police patrols and boats in the locality to prevent “Liberlanders” from entering the uninhabited area.

Serbia is allegedly also blocking the entry to the area from its side of the border.

Jedlička declared the “Free Republic of Liberland” on the area of seven square kilometers called Siga, a locality in the Danube meander to the west of the Serbian town Sombor, on April 13. Jedlička asserts that neither Croatia nor Serbia show interest in it.

However, both Croatia and Serbia deny it and they claim this area. The problem is that the Danube River makes part of the border, and it changes its bed in this area. Croatia views the towns and villages’ historical areas as its border in the locality. Serbia, on its part, considers the Danube the border.

In the evening of 9th May 2015, the Croatian police arrested the president of Free Republic of Liberland Vít Jedlička. Some media have incorrectly reported that the president was arrested for illegally crossing the border of the Republic of Croatia outside border crossing. The Liberland president was detained on the Croatian territory without him having crossed the border and thus he could not have broken any law or regulation.

It is also not true, as some media have reported, that the Liberland territory is not no man’s land as it is allegedly claimed by both neighboring countries, Croatia and Serbia. If the land was claimed by Croatia, their police could not arrest people for any illegal border crossing. Serbia does not claim the land either as the Serbian Ministry of Foreign Affairs has stated.

We will inform you about further development through the official channels. 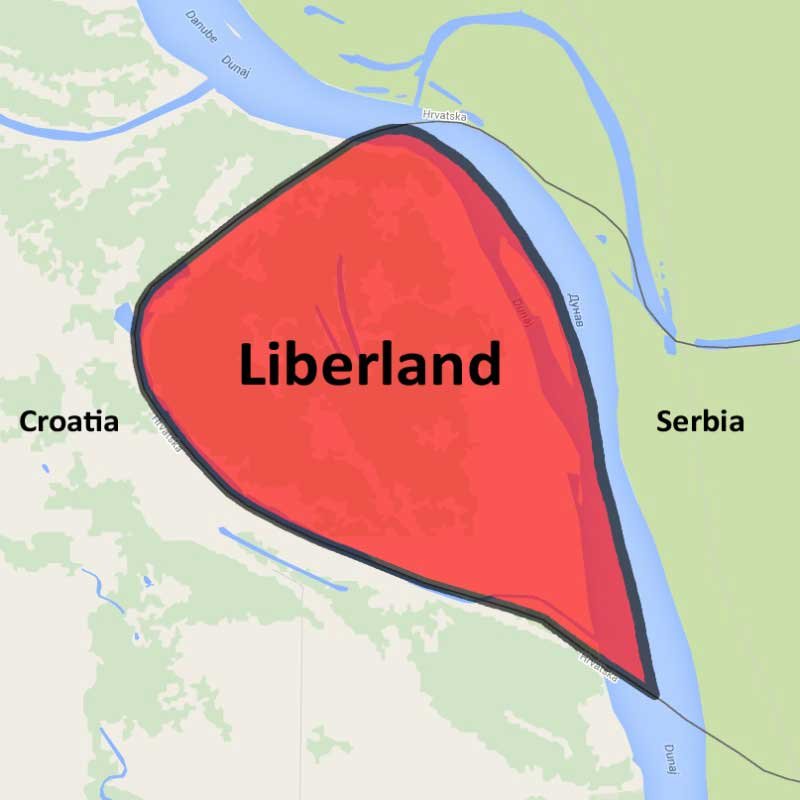 Posted from praguepost.com
Posted in these groups:

SPC Elijah J. Henry, MBA
2 y
1stSgt Nelson Kerr - most countries don't require you to reside in the country to be a citizen, and there are a good number of countries that couldn't defend against an invasion from most other countries.
(0)
Reply
(0)

1stSgt Nelson Kerr
2 y
A country without residents is an empty lot. And most countries can protect you from thieves and muggers.
(1)
Reply
(0)

SPC Elijah J. Henry, MBA
2 y
1stSgt Nelson Kerr - that's an individual responsibility. As I'm sure you know, SCOTUS has ruled that police have no responsibility to protect citizens. Which is good, because they fail to do so many times a day. Your claim that "countries can protect you from thieves and muggers," is dubious at best, but at least it's coherent.
(0)
Reply
(0)