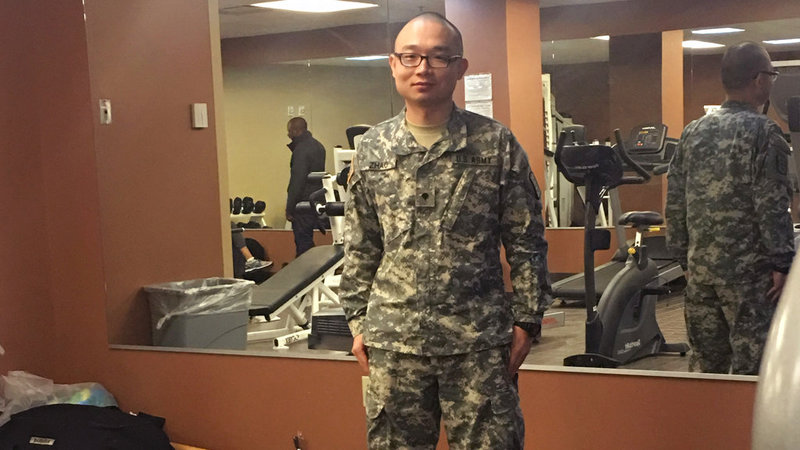 1SG (Join to see)
Posted 2 y ago
Security clearance issues.
I bet you dollars to donuts that is the issue.
(10)
Comment
(0)

SSG Sean Donahue
9 mo
Lt Col John (Jack) Christensen - We would do ourselves well to bring back the Tech Sergeants, where you have a bunch of e8s walking around with the letter "T" and the run of the base. The WOCs were supposed to replace that but many WOCs lack formal education. They have 2 year degrees or they are high school to flight school. Something like the French Corps of Majors, filled with Ph.Ds, more of an auxiliary, out of the reach of the regular units and their chains of command and sergeants majors but available to provide support functions. We do not see our own college educated people expressing a willingness to serve, much less our Ph.D. candidates. We should change that. The image of a MI sergeant was a much better one when he graduated from Stanford, Cal-tech and MIT. We should seek to bring that back. We don't think of our sergeants coming up with codes for POWs to use or setting up nuclear reactors in a snow cave in the Arctic. When I joined the Army to go to college, I expected to find that all of the Sergeants had such degrees, at least in MI. That turned out not to be the case. I got frustrated and left. I would have stayed if I was in a unit were all of the NCOs had such degrees and everyone else was expected to get one.
(1)
Reply
(0)

MCPO Roger Collins
Posted 2 y ago
Note the dated in this article, Major. Another issue created by the last administration.

That Story about Immigrants Being Discharged from the Military Is Much More Complex than the AP...

In reality, it’s a cautionary tale of bureaucratic incompetence and opacity, not an indictment of the Trump administration’s posture toward immigrants.

MCPO Roger Collins
2 y
LTC (Join to see) Last I heard, the administration is trying to bring it back inside.
(4)
Reply
(0)

1SG (Join to see)
2 y
LTC (Join to see) - MG Jacobs said all E-7s and up had to get a TS-SCI too. Everyone said that it would cost a fortune, and only very select personnel needed that clearance level. Still, the whole command got an OPORD that said to complete all of those packets... and they all went nowhere.
Thousands of man-hours.
(3)
Reply
(0)

MCPO Roger Collins
2 y
1SG (Join to see) On our submarine with a crew of 130 men, I doubt that more than 30-40 had TS-SCIs. What you identified is the reason for the extensive backlog. It seems as if access and need to know is passé .
(1)
Reply
(0)

Sgt Wayne Wood
Posted 2 y ago
If you dig into these stories you’ll find it’s like 40 or so folks being sent on their way and they’re *ALL* from China, Afghanistan, and (IIRC) Iran. Why? They either provided false info on enlistment or can’t get a security clearance.

Nothing new. Saw a couple of recruits yanked out if boot camp at MCRD for the same reason.

Saw two guys snatched off a SFCP team after a clearance review.