Stories from members of the Ritchie Boys, a secret U.S. WWII intelligence unit bolstered by...

PO1 William "Chip" Nagel
893
39
7
21
21
0
The Ritchie Boys were responsible for uncovering more than half the combat intelligence on the Western Front during World War II. For the many German-born Jews in their ranks, de-feating the Nazis was heartbreakingly personal. Jon Wertheim reports. 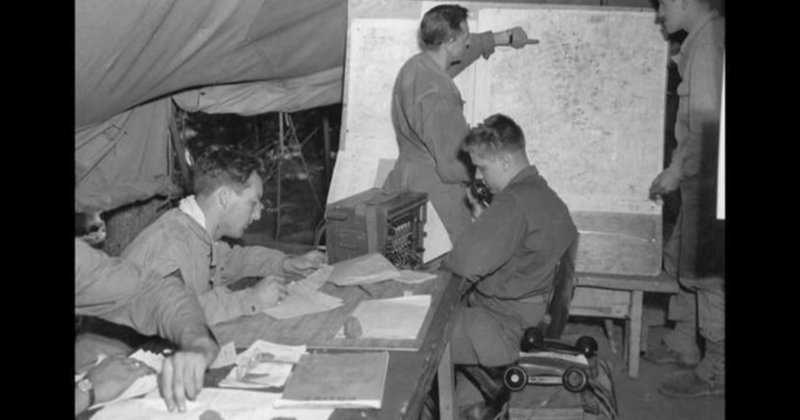 Stories from members of the Ritchie Boys, a secret U.S. WWII intelligence unit bolstered by...

CSM Charles Hayden
Posted 1 mo ago
PO1 William "Chip" Nagel I know it is after Sun Down, nevertheless, Shanah Tova to you!
(4)
Comment
(0)

SPC Margaret Higgins
Posted 1 mo ago
PO1 William "Chip" Nagel May GOD ALMIGHTY HIMSELF: both eternally and infinitely Bless each and everyone of you World War II Heroes.
(4)
Comment
(0)

SGT (Join to see)
Posted 1 mo ago
PO1 William "Chip" Nagel
Ritchie Boys
Organization
"The Ritchie Boys were the US special German-Austrian unit of Military Intelligence Service officers and enlisted men of World War II who were trained at Camp Ritchie in Washington County Maryland. Many of them were German-speaking immigrants to the United States, often Jews who fled Nazi persecution. They were primarily utilized for interrogation of prisoners on the front lines and counter-intelligence in Europe because of their knowledge of the German language and culture."
(3)
Comment
(0)
Show More Comments
Read This Next
RallyPoint Home