Berks veteran of 3 wars is buried with military honors

The strange thing was that the German aircraft had no propellers, unlike Zweizig’s propeller-driven P-47 Thunderbolt.

When the smoke cleared from two blasts of the P-47’s eight 50-caliber machine guns, Zweizig had downed a Messerschmitt Me262, or Schwalbe, the world’s first operational jet-powered fighter aircraft. 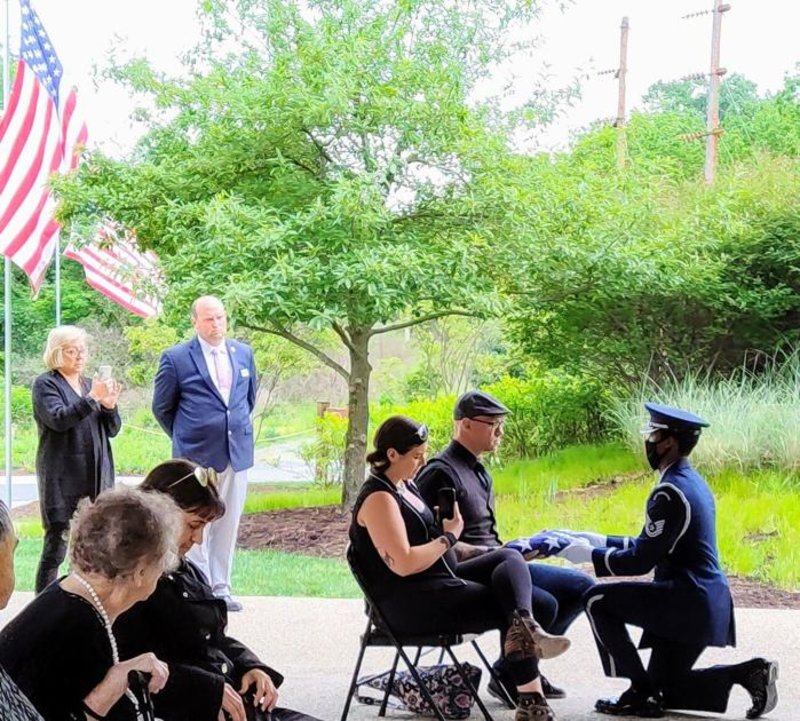 Berks veteran of 3 wars is buried with military honors

Posted from readingeagle.com
Posted in these groups:

SGT (Join to see)
Posted 1 mo ago
PO1 William "Chip" Nagel
Impressive as it was for a 23-year-old pilot from Hamburg, the incident was only one of many in Zweizig’s 28-year career as a military pilot, which included missions in World War II, Korea and Vietnam.

Lt. Col. James Alfred Zweizig died at age 99 on Jan. 14 in Denver, Colorado, where he lived with a grandson, Zachary Zweizig.

Zweizig’s ashes were accorded full military honors May 28 at a service in Indiantown Gap National Cemetery, where they are to be interred with 57,000 servicemen and women.

She was surrounded by family members, including her son, Andy Muller, owner of the Reading and Northern Railroad.

“He’s gotten the recognition that he deserved,” said Frances, who served in the Women’s Nursing Corps during World War II. “He’s where he wanted to be.”

Facing a Messerschmitt
In a 12-page hand-written letter to a friend in 2001, Zweizig recounted highlights of a military career that began when the Japanese bombed Pearl Harbor on Dec. 7, 1941.

Then a 19-year-old student at Bloomsburg State Teachers College, Zweizig joined the Civilian Pilot Training Program, a government effort that trained about 435,000 pilots for military service from 1939 to 1944.

In April 1943, Zweizig was ordered to active duty.

Flying out of an airfield near Cherbourg in France, a city still under German occupation, his unit flew missions in support of Gen. George S. Patton’s Third Army in mid-1944.

The incident with the Messerschmitt Me262 is mentioned in “Battle for the Skies Over Europe: German Jets vs. the U.S. Army Air Force” by William N. Hess.

In a 2010 interview with the Reading Eagle, Zweizig said the encounter with the Messerschmitt was on the 97th of his 100 combat missions during World War II.

Catching the German jet by surprise as it was landing in a camouflaged airfield near the border with Czechoslovakia, Zweizig got so close he could see the “pipes” under both wings. What he called pipes were the aircraft’s twin jet engines.

Zweizig’s lack of experience with jet fighters would be more than made up in 65 missions he flew in Korea, where he encountered Chinese pilots flying Russian MIGs along the Yalu River in the early 1950s.

At the time, he was activated with the Pennsylvania Air National Guard’s 148th Fighter Squadron.

Again, in March 1967, the then 45-year-old pilot was called upon to serve his country.

This time it was in Vietnam, where he spent a year flying DeHavilland C-7 Caribou planes into remote jungle airstrips.
(8)
Comment
(0)

LTC John Griscom
Posted 1 mo ago
Thanks for the interesting history.
(5)
Comment
(0)

SPC Mark Huddleston
Posted 1 mo ago
Thanks for Honoring the honorable!
(2)
Comment
(0)
Read This Next
RallyPoint Home