Lt Col Charlie Brown
555
100
13
37
37
0
Medal of Honor (SSGT Anderson) by Tara Ross
During this week in 1933, a future Medal of Honor recipient is born. Webster Anderson once said that “[p]art of a man’s duty is to continue fighting until he can’t fight any more.”

Then-Staff Sergeant Anderson was serving with an artillery battery of the 101st Airborne Division in Quang Tin Province when his base was attacked. It was about 3:00 in the morning, and the Vietnamese had attacked with overwhelming numbers.

Americans were in a bad spot, to say the least. Their position was being pummeled from all directions: heavy mortar, recoilless rifle, rocket propelled grenade, and automatic weapon fire raked our men, breaching their defensive perimeter early on.

Anderson didn’t hesitate. He jumped into the fray, leaping onto an exposed parapet and directing howitzer fire on the enemy. “I started firing both guns, the big gun and the small gun. I didn’t even know what I was firing,” he later told a reporter.

It must have been quite a scene! Men were falling all around him, but Anderson was organizing a defense and directing “devastating direct howitzer fire on the assaulting enemy,” as his citation describes. He was in an exposed position, but he simply did what he had to do.

“You . . . just kept firing. And when the grenades fell in, you threw them out. That was the only way to survive,” he concluded.

Unfortunately, he wouldn’t escape without injury. Two grenades exploded at his feet, severely wounding his legs. He’d later lose those legs, but you wouldn’t have known it from how he responded in that instant. He propped himself up and just kept directing howitzer fire. At one point, he saw a grenade land close to one of his gun crew, who was already wounded. Anderson grabbed the grenade and attempted to throw it away. Instead, it exploded, taking his hand with it.

Despite all these injuries, would you believe that Anderson still refused to be evacuated until the attack finally came to an end? Maybe more amazing? He survived all these injuries, although it took him a year to recuperate. He would accept a Medal of Honor from Richard Nixon in late 1969, standing on two artificial legs.

Another Medal recipient, Patrick Brady, once reflected on a talk that he witnessed Anderson deliver at an Oklahoma school. The kids were clearly moved by the sight of the hero who had lost two legs and part of an arm, fighting to defend his comrades. “One of the youngsters asked Webster if he would do what he did again, knowing what it would cost him,” Brady recounted. “Webster’s answer moves me to this day. He said, ‘Young man, I only have one arm left, but my country can have it any time they want.’” 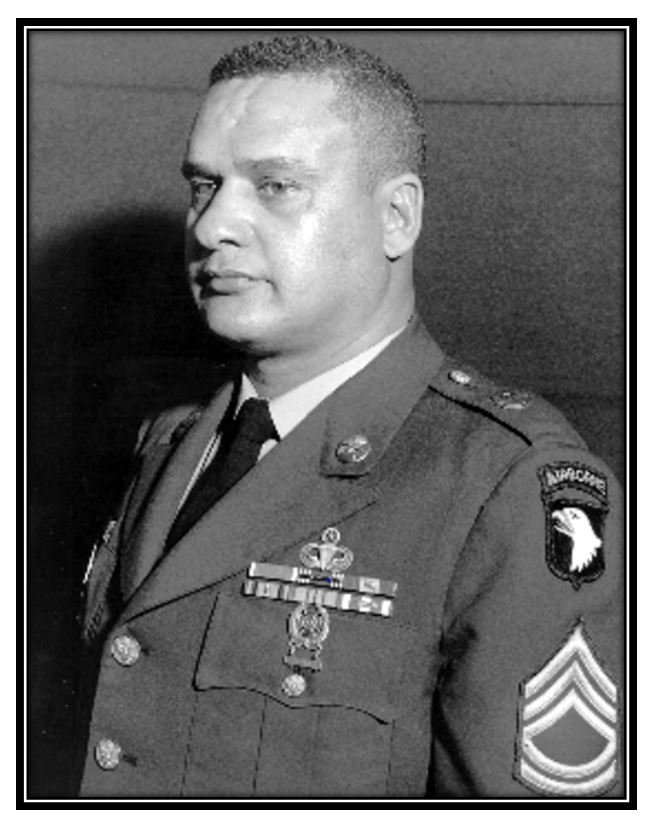