Lt Col Charlie Brown
720
70
19
27
27
0
“Boys, the old flag never touched the ground” by Bill Bennett and John Cribb
As dusk fell on the evening of July 18, 1863, about 600 men of the 54th Massachusetts Volunteer Infantry assembled on a beach near Charleston, South Carolina. At the shout “Forward, Fifty-fourth!” they began to move across a narrow spit of sand toward Fort Wagner, a massive sand-and-wood Confederate stronghold with walls that rose thirty feet high. As they neared the fort, a storm of cannonballs and bullets tore into the blue-coated line.

The 54th Massachusetts was a Northern black regiment organized shortly after Abraham Lincoln issued the Emancipation Proclamation. Its ranks were full of young men who volunteered to fight because they knew that if blacks helped win the Civil War, no one could ever think of them as slaves again.

Twenty-three-year-old Sergeant William Carney helped lead the assault on Fort Wagner. At his side ran Sergeant John Wall, carrying the American flag. When enemy fire struck Wall down, Carney threw his rifle aside and grasped the colors before they hit the ground.

As he pressed forward, a bullet hit him in the thigh. He fell to his knees but managed to get up and struggle onto a parapet, where he planted the flag. There he knelt, bearing the colors as the battle raged around him.

When the overwhelmed Union troops fell back, Carney struggled back down the earthworks, determined not to let the flag fall into enemy hands. He was shot twice more as he staggered across the sand to his own lines, still clutching the Stars and Stripes. “Boys, the old flag never touched the ground,” he exclaimed as he collapsed.

The 54th Massachusetts lost nearly half of its men during the assault, but its courage won respect for black soldiers in the North. William Carney recovered from his wounds. For his bravery in protecting the flag that night, he received the Medal of Honor, the nation’s highest military award.

American History Parade
1853
Trains begin running between Maine and Quebec over North America’s first international railroad route.
1863
The 54th Massachusetts leads a bloody assault against Fort Wagner on Morris Island near Charleston, South Carolina.
1918
Some 85,000 U.S. troops join a successful Allied counterattack in the Second Battle of the Marne, a turning point of World War I.
1968
Intel Corporation, a leader in the development of the microchip, is incorporated.
1986
Researchers at the Woods Hole Oceanographic Institution in Massachusetts release deep-sea videos of the remains of the RMS Titanic. 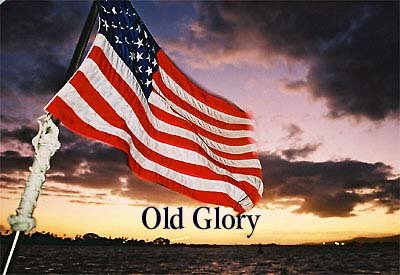