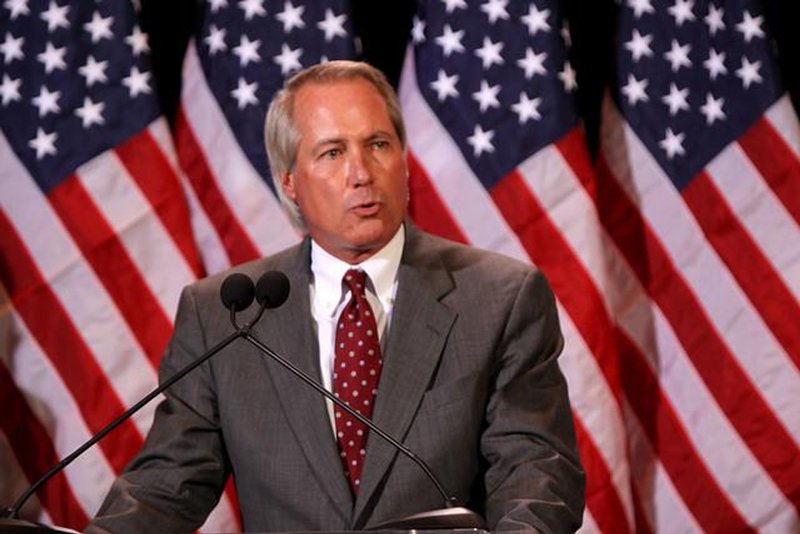 Posted from nationalmemo.com
Posted in these groups:

1SG Mark Gomez
1 mo
Cpl Kirk Mullins - Well i do believe some portions are outdated. The founding principles were good for that time and the present is most regards. As we have moved forward things have changed. They must evolve with us as we continue to move forward. I have grandparents alive today who experienced segregation. The past isn't that far behind us in that aspect.
(1)
Reply
(0)

1SG Mark Gomez
1 mo
Cpl Kirk Mullins - I think the canned "progressive" ideals fed by the media has perverted what I personally stand for. I as a progressive I do not want open borders. I want immigration reform. I don't want to live in a society where someone spends 1/4 or more of their life waiting to become a citizen. We can do better than that. All progressives are not cut from the same cloth IMHO.
(0)
Reply
(0)

1SG Mark Gomez
1 mo
REFORM!!! You are making assumptions about what I think. I am talking about legal pathway to citizenship. There are many who came through Ellis island that never assimilated which is why we have such places as "little Italy" and others with people who have lived in America for their decades or entire lives and still do not speak English or speak very little. People come to America to live a better life. The idea that they want to take over the country is an ignorant one in my opinion. That is just the fear mongering from the media. Not all democrats want what you say just like all republicans are not racist. And just to give a little insight. I served with a Haitian US Army officer. His family spent almost 2 decades saving money to get him a chance at US citizenship through the haitian Embassy. It still took over a decade for him to be granted citizenship.
(0)
Reply
(0)

1SG Mark Gomez
1 mo
Cpl Kirk Mullins not triggered. I really don't care about the Bible or your God. I am an Atheist. Your god is one of many man-made gods in the world. Im glad our forefathers saw it fit to leave that religious nonsense out of the constitution.
(0)
Reply
(0)

Lincoln's victory in the presidential election brought forth the secession of Southern states. The Senate began to explore what to do with the seats that were left vacant by Southern senators, according to the Senate.

In March 1861, Maine Sen. William Pitt Fessenden argued that Southern states did not have the right to withdraw from the Union, and by leaving the Senate, the Southern members had resigned their seats. Others had argued that states did not have the right to secede. The Senate agreed with Fessenden and declared that the seats of six of the departed colleagues as "vacant" and struck their names from the Senate roll.

Fact check: Congress expelled 14 members in 1861 for supporting the Confederacy

Amid reports that someHouse Republicans are expected to challenge the Electoral College results and vote against President-elect Joe Biden's win, based on unsubstantiated claims of massive voter fraud, some social media users have shared what they allege to be asimilar time in history.

PO3 Phyllis Maynard
Posted 1 mo ago
PO2 Harold Ashton whatever the true story, as citizens of the United States we can start by respecting those in the public view to support them in their way back to the right track and not further blacken America and her representatives on the world stage
(0)
Comment
(0)

PO3 Phyllis Maynard
1 mo
Cpl Kirk Mullins you sound like an idiot!!! What the heck are you talking about. I am simply stating that the Country needs to show respect to our leaders, regardless of their issues by being mindful that there are enough enemies across the world to throw daggers. The best American strength we can have is to stand in solidarity through respect. You and your comment make me sick!!!
(0)
Reply
(0)

PO2 Harold Ashton
1 mo
PO3 Phyllis Maynard - He doesn't just sound like an idiot. Worse, a sycophant and a traitor to America's system of democracy. You, sadly, demonstrate the truth of the rallying statement: Silence is Consent. I will not be silenced in the face of this President's acts of self-serving evil.
(1)
Reply
(0)

PO3 Phyllis Maynard
1 mo
PO2 Harold Ashton are you saying I am condoning silence? I am trying to express that just as the country stood in respect of President Kennedy (a very visible life) and the issues that the government addressed without throwing the dirty laundry on the White House grounds we should let responsible leadership get a lid on things and present to the people of America and the world in a respectful manner. All of the loud insults are showing our enemies our weak spots and they will know how to strike. Open disrespect for our flawed democracy is helping the next planned attack on America .
(0)
Reply
(0)