This Day In History: Operation Ranch Hand Begins in Vietnam (1962)

SGT (Join to see)
1.83K
65
12
27
27
0
On January 12, 1962, Operation Ranch Hand began. It was a United States Air Force operation to spray South Vietnamese forests with defoliants such as Agent Orange. From the article:

"On this date in history in 1962, the United States Air Force launches Operation Ranch Hand. This was an attempt to reveal the hidden roads and treks used by the Communist Viet Cong in South Vietnam. The thick jungles and vegetation in Vietnam offered the communists cover for their operations. They were able to operate on roads that could not be seen from the air and this was a major advantage to them. In order to deny the communists this strategic advantage, the Americans decided to destroy large swathes of the Vietnamese jungles. Herbicides would be sprayed from the air and this was expected to kill vegetation and thereby reveal the road and supply network of the Viet Cong.

The US air force used C-123 Providers, for these missions. U.S. air planes sprayed an estimated 19 million gallons of defoliating herbicides. They sprayed vast amounts of the chemicals over large areas of South Vietnam. The mission was also extended into Laos, mainly in the border area with North Vietnam. The US army was also involved in spraying vegetation so that they would have clear lines of fire. The most commonly used agent was Agent Orange. This was named after the color of the drums that held the chemicals. The operation was very successful in destroying vegetation and jungle and large areas of Vietnam lost thousands of acres of foliage. They also did manage to reveal some key roads that were used by the Viet Cong. This did not stop the Viet Cong from being supplied and from mounting regular attacks on South Vietnamese and American units. Operation Ranch Hand did not really stop the Viet Cong and during the course of the war, they arguably became more effective. The use of the chemical was controversial from the start. Their use became very controversial after the war. The long-term ecological impact on Vietnam was devastating. Then there was the question of the impact of the chemicals on humans, both the US personal who handled it and those Vietnamese and Americans exposed to it. From the 1970s it became apparent that a range of health problems could be ascribed to the use of Agent Orange. Many birth defects and cancers were believed to be attributable to the use of Agent Orange and other chemicals. In the areas where chemicals were widely used, there was a high number of birth defects and congenital malformations. It is now widely believed that the use of defoliant was responsible for many American and Vietnamese deaths and abnormalities long after the war had ended." 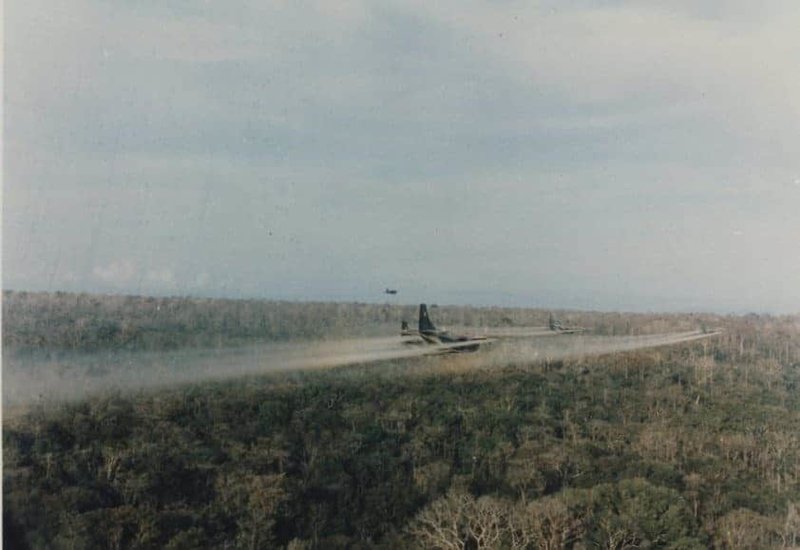 This Day In History: Operation Ranch Hand Begins in Vietnam (1962)

Posted from historycollection.com
Posted in these groups:

PVT Mark Zehner
Posted 15 d ago
And they are still fighting the effects of this stuff!
(9)
Comment
(0)

SPC Douglas Bolton
Posted 15 d ago
Good strategy but cost many of our own lives.
(8)
Comment
(0)

Lt Col John (Jack) Christensen
Posted 15 d ago
Had a Ranch Hand pilot in our squadron who crosstrained to B-52s after his Vietnam tour. He had some great stories about this operation. Unfortunately AO claimed him a while back.
(8)
Comment
(0)
Show More Comments
Read This Next
RallyPoint Home