Lt Col Charlie Brown
757
116
18
27
27
0
Ever wonder how history might have been different if the U.S. Navy had a modern supercarrier when the Japanese were attacking Pearl Harbor? You (apparently) aren’t alone. The 1980 film “The Final Countdown” (almost) shows us how it might have gone down.

Today, the USS Nimitz is the oldest-serving aircraft carrier in the world, first being launched in 1972. Even today, it is one of the largest warships afloat. In 1979, when “The Final Countdown” was filmed, it was something the Navy was excited to show off, so it agreed to fully support the movie.
The plot of “The Final Countdown” is pretty simple, especially for a movie about time travel. While on a routine cruise, the carrier and its F-14 Tomcats experience an electrical storm and somehow find themselves transported back to Dec. 6, 1941, but aren’t immediately aware of that fact.

The ship loses radio contact with its command at Pearl Harbor, and Capt. Matthew Yelland (Kirk Douglas) is led to believe that the installation was destroyed by a nuclear first strike from the Soviet Union -- because whose first thought would be that they accidentally went back in time? 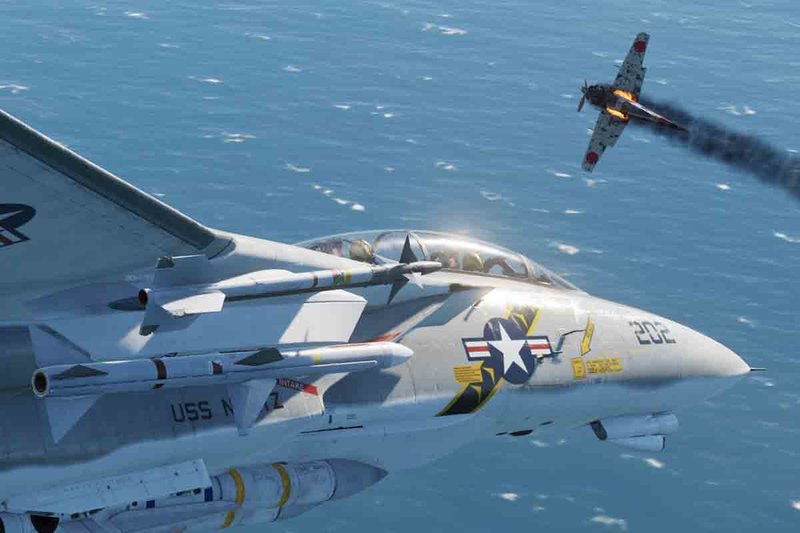 LTC John Griscom
Posted 1 mo ago
A great movie. Really wanted them to go after the Japanese fleet.
(12)
Comment
(0)