SFC (Join to see)
170
7
4
5
5
0
Kinley took a significant step toward realizing one of those goals when the Super Bowl champion Tampa Bay Buccaneers signed the cornerback as an undrafted free agent. But after a successful rookie minicamp, the Tennessee native who compares his tall build to three-time first-team All-Pro Richard Sherman was informed by U.S. Navy officials that his waiver request to postpone his looming five-year service window had been denied. 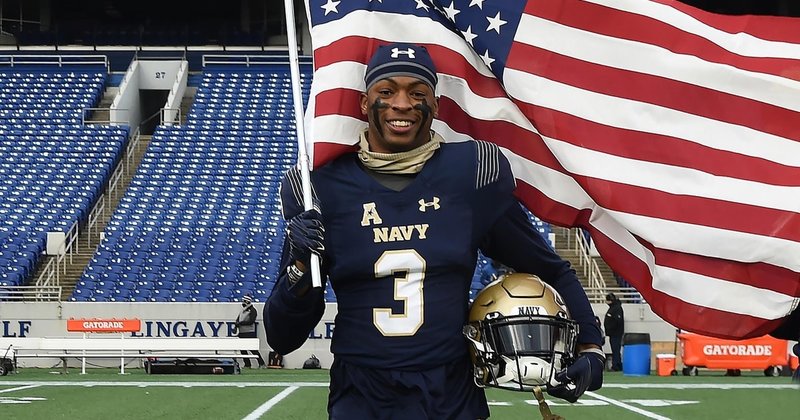 SFC James J. Palmer IV aka "JP4"
Posted 1 mo ago
I don’t blame him at all. If he was offered a waiver or had the opportunity to get one, more power to him. It was a shame it was denied. Hell, we could use him on my Denver Broncos. We by our own identity are a powerhouse defensive team but in recent years, they look like they couldn’t even manage to win in overtime against Elkridge Middle School.

SFC (Join to see)
1 mo
SMSgt Mark Venzeio - This isn't anything new. The military academies have issued waivers in the past.

The waiver delays their military obligation or they have to pay back the cost of their education.

In 2019: "Defense Secretary Mark Esper has opened the door for athletes at the nation's military academies to delay their active-duty service to play professional sports after they graduate.

And "according to the AP, the memo states military service secretaries can nominate a graduate for a waiver if there “is a strong expectation that a Military Service Academy cadet or midshipman’s future professional sports employment will provide the [Department of Defense] with significant favorable media exposure likely to enhance national level recruiting or public affairs missions.”

Esper signed a memo last Friday laying out the new guidelines, which say the athletes must get approval from the defense secretary and require them to eventually fulfill their military obligation or repay the costs of their education."

Also in 2019: "Former Army football standout Brett Toth will have a chance to go pro after Army officials signed a waiver allowing him to bypass the remainder of his military commitment and instead sign with an NFL team."

So it's not unheard of but apparently Commandant Thomas R. Buchanan felt he is better suited with his military obligation. I mean if I was the guy I'd like to know what reason it was denied but that's life.
(1)
Reply
(0)

PO1 William "Chip" Nagel
1 mo
SFC (Join to see) - My DISBO on USS California CGN-36 Immediately Comes to Mind, LTJG David Robinson. Made Himself Right Royal Pain in the Ass to Capt Barry v. Burrow. In the End I Do Believe that Mr Robinson didn't finish His 6 Years on Active Duty. He Got what He Wanted and Was an Excellent Ambassador for the Navy!
(0)
Reply
(0)
Read This Next
RallyPoint Home