Sgt (Join to see)
371
39
8
12
12
0
Tim Tebow has reportedly agreed to play tight end for the Jacksonville Jaguars, and not as a quarterback.

That sentence alone should be the end of the story, but because the term “White Privilege” is bandied about as if every opportunity a white person gets is because of his or her skin color, elaboration is unfortunately needed... 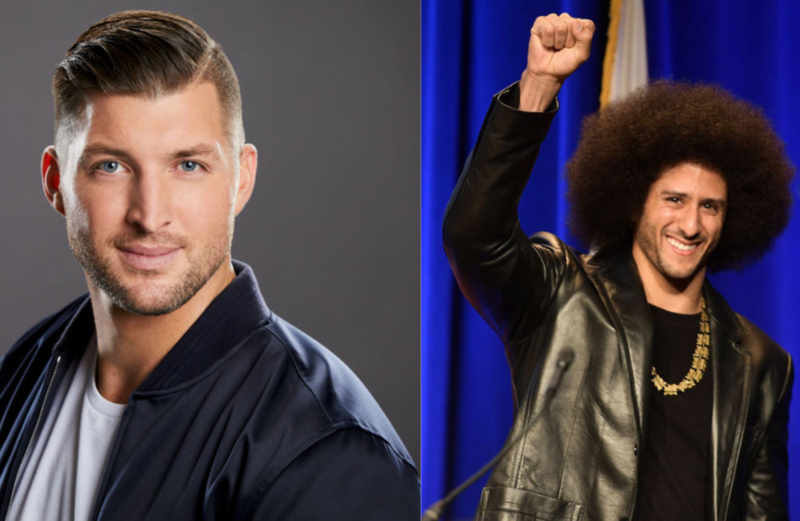 For starters, he’s willing to make a position change in order to play in the NFL. He was unwilling to do so in 2012, and because of that, he found himself out of the league. Tebow has decided that playing professional football is more important than playing quarterback, and he’s getting a chance to make a team because of what he prioritizes.

It’s just not an apples to apples comparison, no matter what the race-baiting Left wants you to believe. The fact that Tebow was offered a contract to play tight end for the Jaguars is in no way a reflection on Kaepernick. If Kaepernick comes out and says that he’s willing to play tight end in the NFL, and then doesn’t get a tryout with a coach who happens to be a close friend, then the argument can be made.

Additionally, Tebow doesn’t bring nearly the media attention that Kaepernick would bring. What has Tebow done that would cause an owner to pause? He’s not afraid to tell the world that he’s a Christian? That’s hardly the same as calling all police officers “pigs” and hating America.

So, yes. Kaepernick is partly out of the NFL because of his views on social justice, and it certainly plays a role in his inability to get an invite to a training camp. But that’s how things work in the real world. When your actions impact business, there are consequences.
(6)
Comment
(0)

LTC David Brown
1 mo
0.7% of blacks killed by in violence are killed by police. What slaughter is Kaepernck talking about?
(1)
Reply
(0)