CPT Jack Durish
1.04K
6
5
4
4
0
President Reagan attempted to rein in government and the government fought him (and won). But they did it nicely because President Reagan was a "nice man". President Trump came to town promising to "drain the swamp" and the swamp immediately fought back, not nicely because President Trump is not a nice man. Indeed, the best he has accomplished is to unite the two major parties in opposition to him. Strangely, it appears that matters are worse, far worse in France. As Bill Whittle suggests at the end of this piece, is our government ungovernable?
Posted in these groups:

SFC Charles Temm
Posted 3 y ago
Many of Trump's problems are of his making. He won't work w/his "own" party and his constantly changing positions plus need to insult anyone who won't agree w/him (his progish political history perhaps) makes it impossible for anyone but the most fervent partisan back him up very often. Neither he or most Repubs seem capable of implementing any of the plans they were elected to do which is sad b/c some of those ideas were good (shrinking government/reining in the bureaucrats/lowering taxes/ending the ObamaCare abortion etc)

Of course the modern prog wouldn't work w/Reagan or even play nice. Times have changed and our politics have gotten incredibly ugly especially after 8 years of Nixon's clone doing/saying what he did. After 4 years (or maybe 8) of Trump, I doubt many people will be able to stomach national politics anymore. 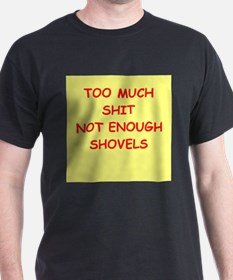 SFC (Join to see)
Posted 3 y ago
Donald Trump's problem in my opinion is himself. Its like he doesnt know how to play this game in Washington. You cant go and insult the people that are on your side because something isnt going your way. He cant expect Senators and Congresspeople to sacrifice their career to pass his bills. Its like he doesnt understand how it works. He has to be willing to compromise on certain issues.
-First thing he needs to do is get off twitter. He seems to tweet whats on his mind, while it maybe good for his supporters, its in bad taste when you are blasting the Senator majority leader (who is on your side) then expect Congress to bend over backwards to push your agenda.
At this rate if he keeps it up, I think he will resign within 18 months. I really think he didnt know what he was getting into when he ran for President.
(0)
Comment
(0)
Show More Comments
Read This Next
RallyPoint Home